Fennel, an anise-flavored herb used for cooking, has long been known for its health benefits for a variety of issues, including digestion and premenstrual symptoms.

A new study confirms that it is also effective in the management of postmenopause symptoms such as hot flashes, sleeplessness, vaginal dryness, and anxiety, without serious side effects. The study outcomes are published online today in Menopause, the journal of The North American Menopause Society (NAMS).

Fennel (Foeniculum vulgare) is a flowering plant species in the carrot family. 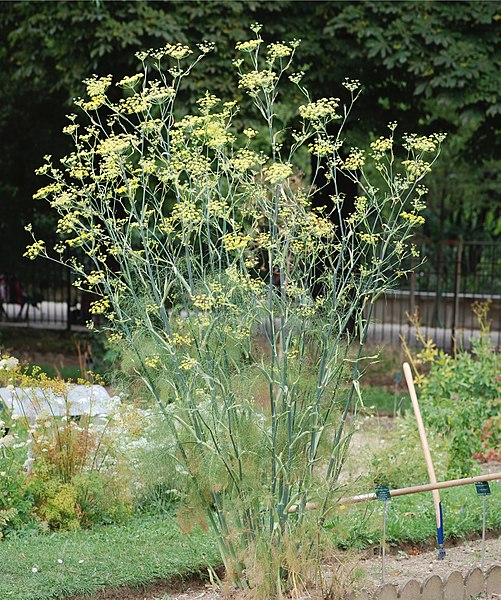 The use of complementary and alternative medicine for the management of menopause symptoms has surged in recent years as women have attempted to identify alternatives to hormone therapy (HT). Although HT is the most effective treatment for managing most menopause symptoms, some women have turned to herbal medicine because they are either not candidates for HT or are concerned about the negative publicity surrounding potential side effects. Fennel, an herb containing essential oils, has phytoestrogenic properties. Phytoestrogens are estrogen-like chemicals in plants that have been used to effectively treat a wide array of menopause symptoms.

In this small trial of 79 Iranian women aged 45 to 60 years, soft capsules containing 100 mg of fennel were administered twice daily for eight weeks. Improvements were compared between the intervention and placebo groups at four, eight, and 10 weeks, with a significant statistical difference documented. In the end, fennel was concluded to be a safe and effective treatment to reduce menopause symptoms without serious side effects.

The study described in the article "Effect of Foeniculum vulgare Mill. (fennel) on menopausal symptoms in postmenopausal women: a randomized, triple-blind, placebo-controlled trial" is one of the first clinical studies to examine the benefits of fennel for managing menopause symptoms, even though it had been previously studied and confirmed to manage premenopause symptoms.

The study was completed in Tehran, Iran, where the average age of women at menopause is younger than in the United States: 48.2 years versus 51 years, respectively. Some of the most common adverse effects of menopause are hot flashes, vaginal dryness, sleep problems, joint and muscular discomfort, exhaustion, irritability, anxiety, and depression.

"This small pilot study found that, on the basis of a menopause-rating scale, twice-daily consumption of fennel as a phytoestrogen improved menopause symptoms compared with an unusual minimal effect of placebo," says Dr. JoAnn Pinkerton, executive director of NAMS. "A larger, longer, randomized study is still needed to help determine its long-term benefits and side effect profile."

Contacts and sources:
Alexis Christlieb
The North American Menopause Society (NAMS)
on May 17, 2017