Sediment that eroded from the Himalayas and Tibetan plateau over millions of years was transported thousands of kilometers by rivers and in the Indian Ocean -- and became sufficiently thick over time to generate temperatures warm enough to strengthen the sediment and increase the severity of the catastrophic 2004 Sumatra earthquake.

The magnitude 9.2 earthquake on Dec. 26, 2004, generated a massive tsunami that devastated coastal regions of the Indian Ocean. The earthquake and tsunami together killed more than 250,000 people making it one of the deadliest natural disasters in history. 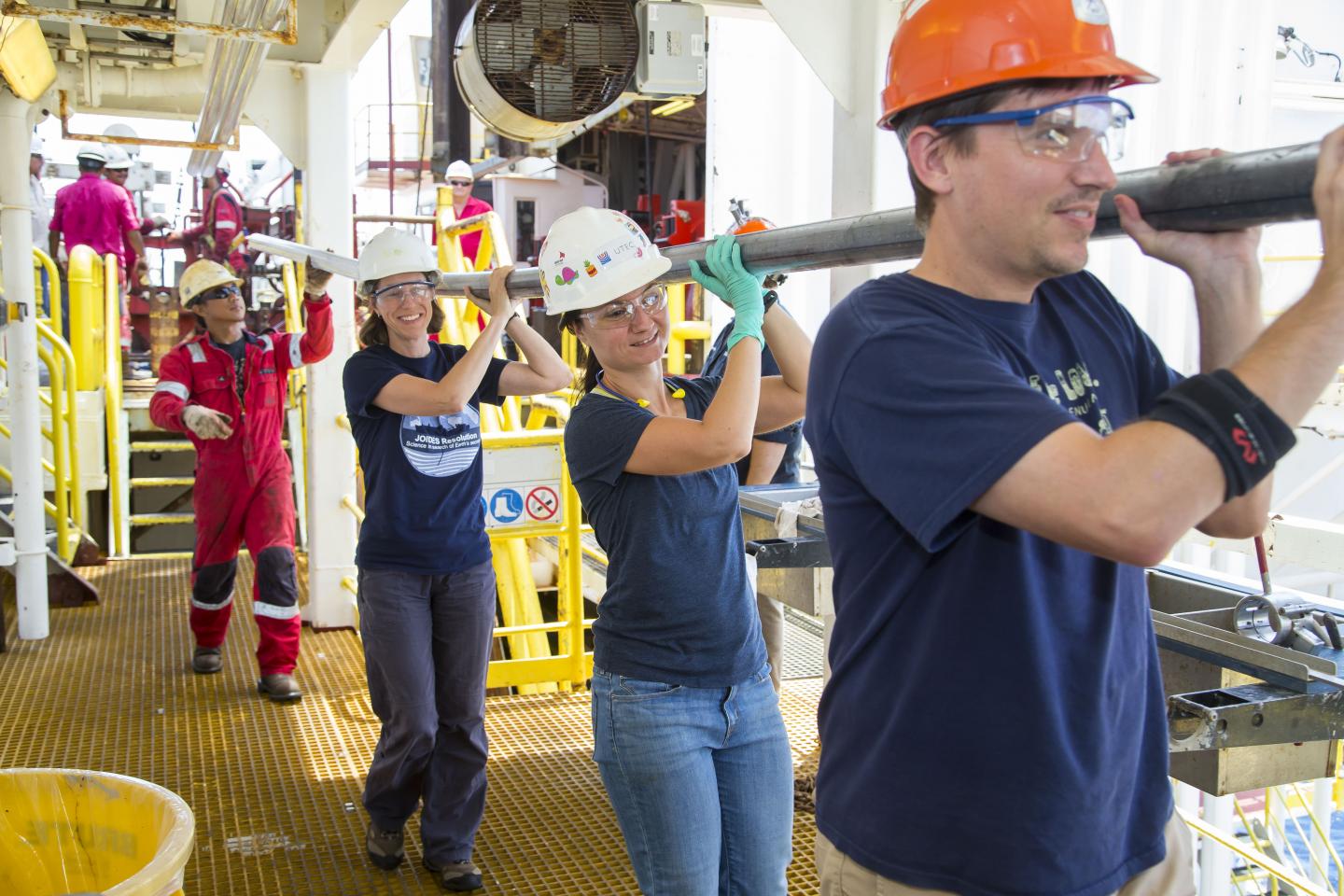 An international team of scientists that outlined the process of sediment warming says the same mechanism could be in place in the Cascadia Subduction Zone off the Pacific Northwest coast of North America, as well as off Iran, Pakistan and in the Caribbean.

Results of the research, which was conducted as part of the International Ocean Discovery Program, are being published this week in the journal Science.

"The 2004 Indian Ocean tsunami was triggered by an unusually strong earthquake with an extensive rupture area," said expedition co-leader Lisa McNeill, an Oregon State University graduate now at the University of Southampton. "We wanted to find out what caused such a large earthquake and tsunami, and what it might mean for other regions with similar geological properties."

The research team sampled for the first time sediment and rocks from the tectonic plate that feeds the Sumatra subduction zone. From the research vessel JOIDES Resolution, the team drilled down 1.5 kilometers below the seabed, measured different properties of the sediments, and ran simulations to calculate how the sediment and rock behaves as it piles up and travels eastward 250 kilometers toward the subduction zone.

"We discovered that in some areas where the sediments are especially thick, dehydration of the sediments occurred before they were subducted," noted Marta Torres, an Oregon State University geochemist and co-author on the study. "Previous earthquake models assumed that dehydration occurred after the material was subducted, but we had suspected that it might be happening earlier in some margins.

"The earlier dehydration creates stronger, more rigid material prior to subduction, resulting in a very large fault area that is prone to rupture and can lead to a bigger and more dangerous earthquake."

Torres explained that when the scientists examined the sediments, they found water between the sediment grains that was less salty than seawater only within a zone where the plate boundary fault develops, some 1.2 to 1.4 kilometers below the seafloor.

"This along with some other chemical changes are clear signals that it was an increase in temperature from the thick accumulation of sediment that was dehydrating the minerals," Torres said.

Lead author Andre Hüpers of the University of Bremen in Germany said that the discovery will generate new interest in other subduction zone sites that also have thick, hot sediment and rock, especially those areas where the hazard potential is unknown.

The Cascadia Subduction Zone is one of the most widely studied sites in the world and experts say it may have experienced as many as two dozen major earthquakes over the past 10,000 years.

The sediment at the Cascadia deformation front is between 2.5 and 4.0 kilometers thick, which is somewhat less than the 4-5 kilometer thickness of the Sumatra region. However, because the subducting plate at Cascadia is younger when the plate arrives at the subduction zone, the estimated temperatures at the fault surface are about the same in both regions.