Researchers Discover Hottest Lavas That Erupted in Past 2.5 Billion Years

An international team of researchers led by geoscientists with the Virginia Tech College of Science recently discovered that deep portions of Earth's mantle might be as hot as it was more than 2.5 billion years ago.

The study, led by Esteban Gazel, an assistant professor with Virginia Tech's Department of Geosciences, and his doctoral student Jarek Trela of Deer Park, Illinois, is published in the latest issue of Nature Geoscience. The study brings new, unprecedented evidence on the thermal evolution of the deep Earth during the past 2.5 billion years, Gazel said.

This is an artistic interpretation of an Archean komatiite lava flow. 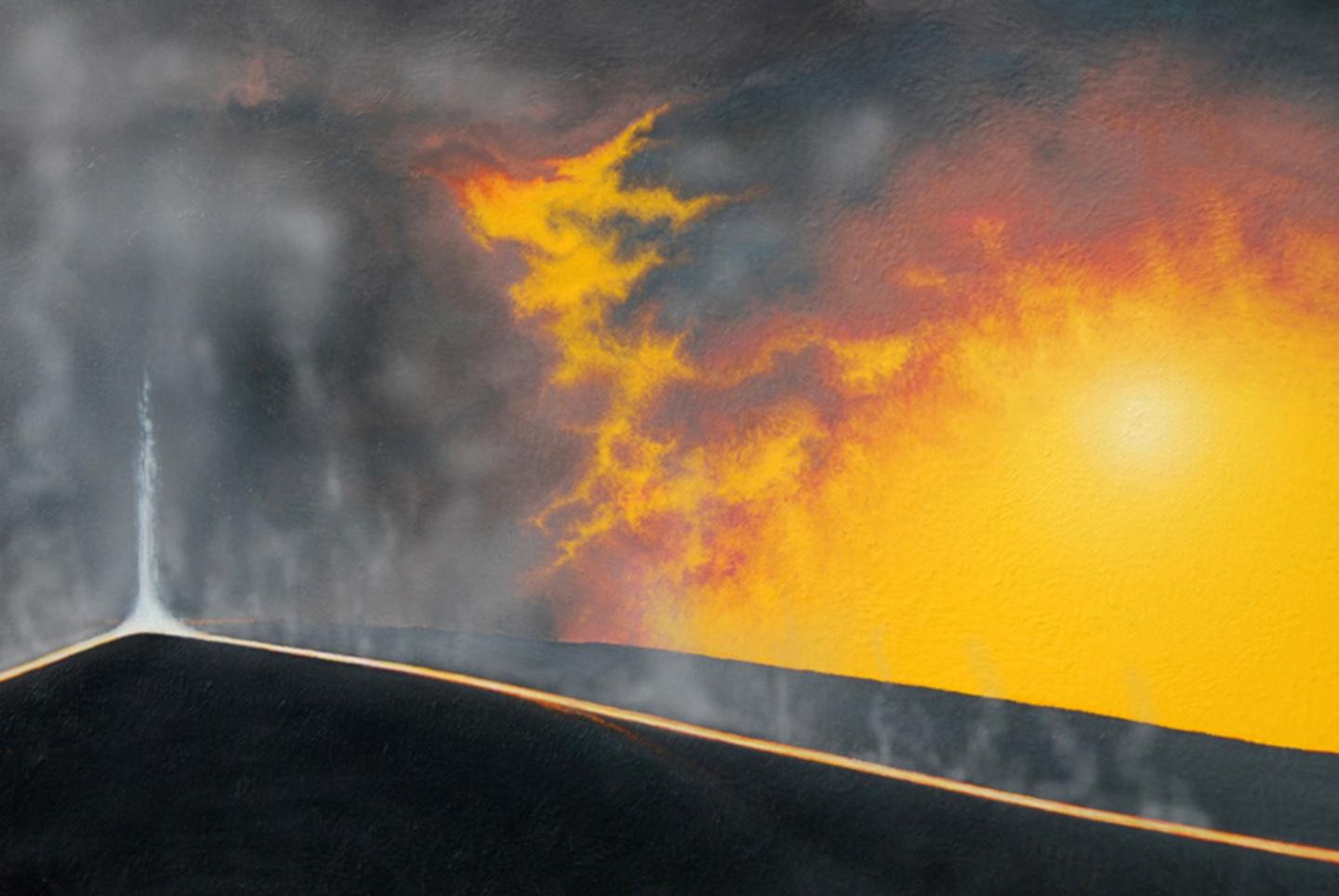 The Archean Eon -- covering from 2.5 to 4 billion years ago -- is one of the most enigmatic times in the evolution of our planet, Gazel said. During this time period, the temperature of Earth's mantle -- the silicate region between the crust and the outer core -- was hotter than it is today, owing to a higher amount of radioactive heat produced from the decay of elements such as potassium, thorium, and uranium. Because Earth was hotter during this period, this interval of geologic time is marked by the widespread of occurrence of a unique rock known as komatiite.

"Komatiites are basically superhot versions of Hawaiian style lava flows," Gazel said. "You can imagine a Hawaiian lava flow, only komatiites were so hot that they glowed white instead of red, and they flowed on a planetary surface with very different atmospheric conditions, more similar to Venus than the planet we live on today."

Earth essentially stopped producing abundant hot komatiites after the Archean era because the mantle has cooled during the past 4.5 billion years due to convective cooling and a decrease in radioactive heat production, Gazel said.

However, Gazel and a team made what they call an astonishing discovery while studying the chemistry of ancient Galapagos-related lava flows, preserved today in Central America: a suite of lavas that shows conditions of melting and crystallization similar to the mysterious Archean komatiites.

Gazel and collaborators studied a set of rocks from the 90 million-year-old Tortugal Suite in Costa Rica and found that they had magnesium concentrations as high as Archean komatiites, as well as textural evidence for extremely hot lava flow temperatures. 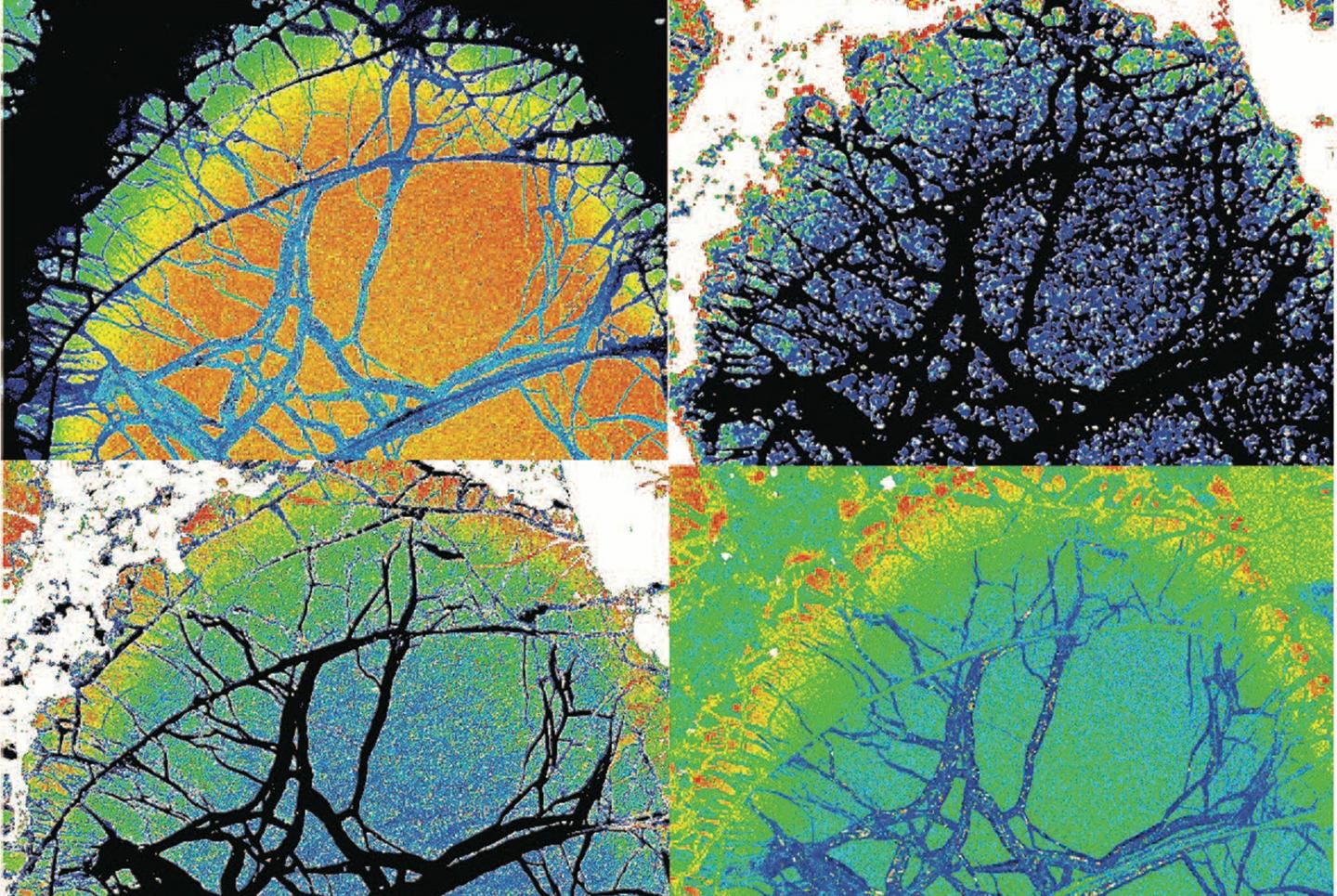 The team also studied the composition olivine, the first mineral that crystallized from these lavas. Olivine -- a light green mineral that Gazel has obsessively explored many volcanoes and magmatic regions to search for -- is an extremely useful tool to study a number of conditions related to origin of a lava flow because it is the first mineral phase that crystallizes when a mantle melt cools. Olivines also carry inclusions of glass -- that once was melt -- and other smaller minerals that are helpful to decipher the secrets of the deep Earth.

"We used the composition of olivine as another thermometer to corroborate how hot these lavas were when they began to cool," Gazel said. "You can determine the temperature that basaltic lava began crystallizing by analyzing the composition of olivine and inclusions of another mineral called spinel. At higher temperatures, olivine will incorporate more aluminum into its structure and spinel will incorporate more chromium. If you know how much of these elements are present in each mineral, then you know the temperature at which they crystallized."

The team found that Tortugal olivines crystallized at temperature nearing 2,900 degrees Fahrenheit (1,600 degrees Celsius) -- as high as temperatures recorded by olivines from komatiites -- making this a new record on lava temperatures in the past 2.5 billion years.

Gazel and collaborators suggest in their study that Earth may still be capable of producing komatiite-like melts. Their results suggest that Tortugal lavas most likely originated from the hot core of the Galapagos mantle plume that started producing melts nearly 90 million years ago and has remained active ever since.

A mantle plume is a deep-earth structure that likely originates at the core-mantle boundary of the planet. When it nears the surface of the planet it begins to melt, forming features known as hotspots such as those found in Hawaii or Galapagos. Geologists can then study these hotspot lava flows and use their geochemical information as a window into the deep Earth.

"What is really fascinating about this study is that we show that the planet is still capable of producing lavas as hot as during Archean time period," Gazel said. "Based on our results from Tortugal lavas, we think that mantle plumes are 'tapping' a deep, hot region of the mantle that hasn't cooled very much since the Archean. We think that this region is probably being sustained by heat from the crystallizing core of the planet."

"This is a really interesting discovery and we are going to keep investigating Tortugal," said Trela, a doctoral student and the first author of the paper. "Although the Tortugal Suite was first discovered and documented more than 20 years ago, it wasn't until now that we have the technology and experimental support to better understand the global implications of this location."

Trela added, "Our new data suggest that this suite of rocks offers tremendous opportunity to answer key questions regarding the accretion of the Earth, its thermal evolution, and the geochemical messages that mantle plumes bring to the surface of the planet."

The international team also included fellow Virginia Tech doctoral student Lowell Moore of Staunton, Virginia; Alexander Sobolev and Valentina Batanova of the ISTerre: Institut des Sciences de la Terre, France, and the Vernadsky Institute of Geochemistry of the Russian Academy of Sciences, Michael Bizimis of the University of South Carolina, and Brian Jicha of the University of Wisconsin-Madison.

Contacts and sources:
Steven Mackay
Virginia Tech
on May 22, 2017