An international team of scientists, led by researchers from the University of Tuebingen and the Max Planck Institute for the Science of Human History in Jena, successfully recovered and analyzed ancient DNA from Egyptian mummies dating from approximately 1400 BCE to 400 CE, including the first genome-wide nuclear data from three individuals, establishing ancient Egyptian mummies as a reliable source for genetic material to study the ancient past.

The study, published in Nature Communications, found that modern Egyptians share more ancestry with Sub-Saharan Africans than ancient Egyptians did, whereas ancient Egyptians were found to be most closely related to ancient people from the Near East. 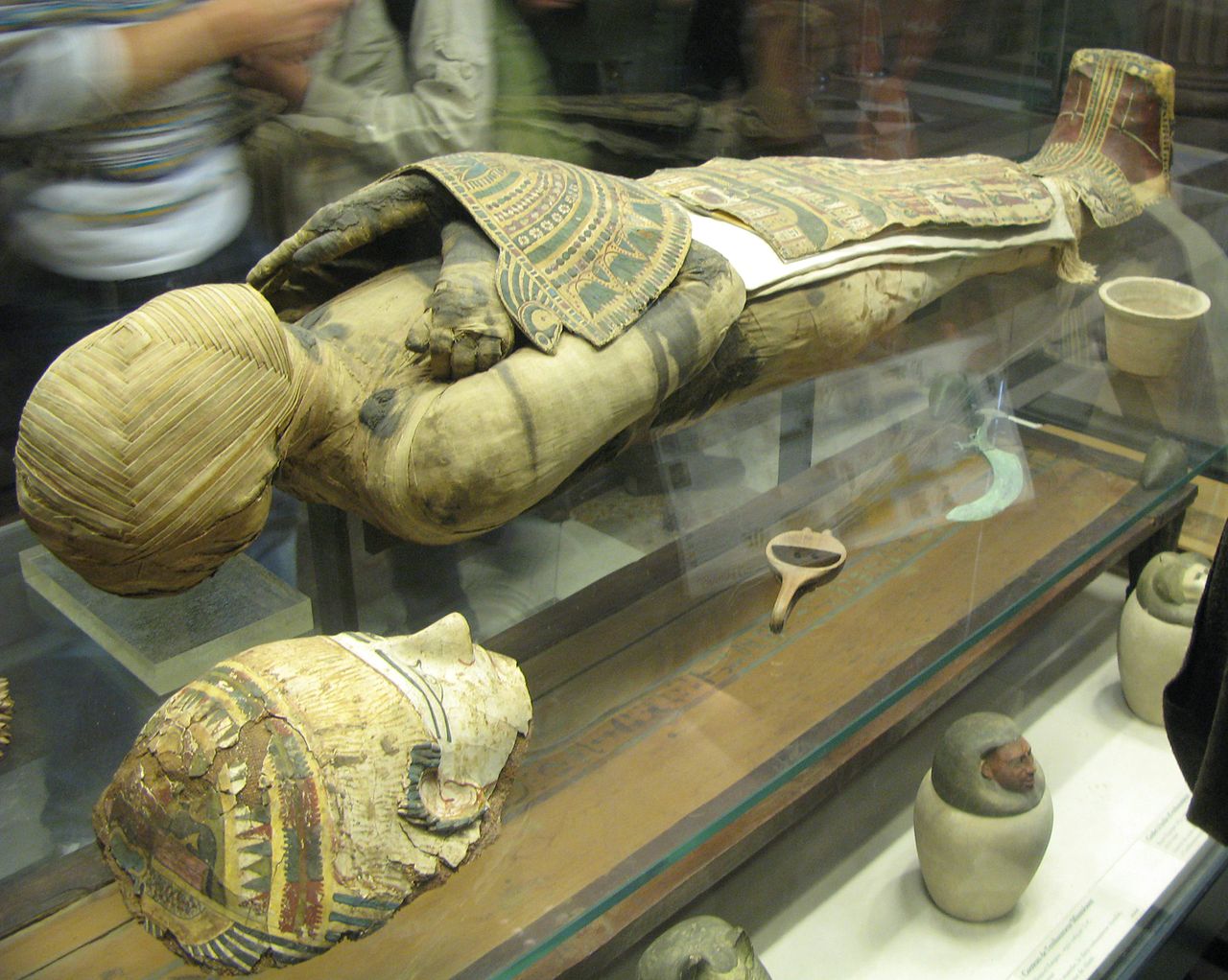 Egypt is a promising location for the study of ancient populations. It has a rich and well-documented history, and its geographic location and many interactions with populations from surrounding areas, in Africa, Asia and Europe, make it a dynamic region. Recent advances in the study of ancient DNA present an intriguing opportunity to test existing understandings of Egyptian history using ancient genetic data.

However, genetic studies of ancient Egyptian mummies are rare due to methodological and contamination issues. Although some of the first extractions of ancient DNA were from mummified remains, scientists have raised doubts as to whether genetic data, especially nuclear genome data, from mummies would be reliable, even if it could be recovered.

“The potential preservation of DNA has to be regarded with skepticism,” confirms Johannes Krause, Director at the Max Planck Institute for the Science of Human History in Jena and senior author of the study.

“The hot Egyptian climate, the high humidity levels in many tombs and some of the chemicals used in mummification techniques, contribute to DNA degradation and are thought to make the long-term survival of DNA in Egyptian mummies unlikely.” The ability of the authors of this study to extract nuclear DNA from such mummies and to show its reliability using robust authentication methods is a breakthrough that opens the door to further direct study of mummified remains.

For this study, an international team of researchers from the University of Tübingen, the Max Planck Institute for the Science of Human History in Jena, the University of Cambridge, the Polish Academy of Sciences, and the Berlin Society of Anthropology, Ethnology and Prehistory, looked at genetic differentiation and population continuity over a timespan of around one and a half millennia, and compared these results to modern populations.

Verena Schünemann carrying out paleogenetic examinations at the University of Tuebingen. 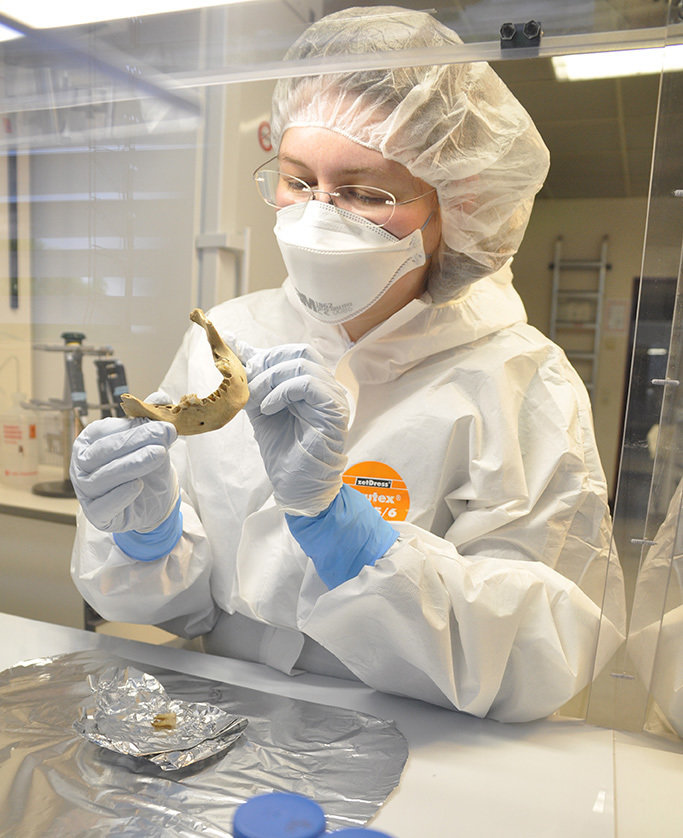 The team sampled 151 mummified individuals from the archaeological site of Abusir el-Meleq, along the Nile River in Middle Egypt, from two anthropological collections hosted and curated at the University of Tübingen and the Felix von Luschan Skull Collection at the Museum of Prehistory of the Staatliche Museen zu Berlin, Stiftung Preussischer Kulturbesitz.

In total, the authors recovered mitochondrial genomes from 90 individuals, and genome-wide datasets from three individuals. They were able to use the data gathered to test previous hypotheses drawn from archaeological and historical data, and from studies of modern DNA. “In particular, we were interested in looking at changes and continuities in the genetic makeup of the ancient inhabitants of Abusir el-Meleq,” said Alexander Peltzer, one of the lead authors of the study from the University of Tübingen.

Map of Egypt, showing the archaeological site of Abusir-el Meleq (orange X), and the location of the modern Egyptian samples used in the study (orange circles). The team wanted to determine if the investigated ancient populations were affected at the genetic level by foreign conquest and domination during the time period under study, and compared these populations to modern Egyptian comparative populations. “We wanted to test if the conquest of Alexander the Great and other foreign powers has left a genetic imprint on the ancient Egyptian population,” explains Verena Schünemann, group leader at the University of Tübingen and one of the lead authors of this study.

The study found that ancient Egyptians were most closely related to ancient populations in the Levant, and were also closely related to Neolithic populations from the Anatolian Peninsula and Europe. “The genetics of the Abusir el-Meleq community did not undergo any major shifts during the timespan of around one and a half millennia we studied, suggesting that the population remained genetically relatively unaffected by foreign conquest and rule,” says Wolfgang Haak, group leader at the Max Planck Institute for the Science of Human History in Jena.

The data shows that modern Egyptians share approximately 8% more ancestry on the nuclear level with Sub-Saharan African populations than with ancient Egyptians. “This suggests that an increase in Sub-Saharan African gene flow into Egypt occurred within the last 1,500 years,” explains Stephan Schiffels, group leader at the Max Planck Institute for the Science of Human History in Jena. Possible causal factors may have been improved mobility down the Nile River, increased long-distance trade between Sub-Saharan Africa and Egypt, and the trans-Saharan slave trade that began approximately 1,300 years ago.


This study counters prior skepticism about the possibility of recovering reliable ancient DNA from Egyptian mummies. Despite the potential issues of degradation and contamination caused by climate and mummification methods, the authors were able to use high-throughput DNA sequencing and robust authentication methods to ensure the ancient origin and reliability of the data. The study thus shows that Egyptian mummies can be a reliable source of ancient DNA, and can greatly contribute to a more accurate and refined understanding of Egypt’s population history.


Contacts and sources:
Prof. Dr. Johannes Krause
Max Planck Institute for the Science of Human History in Jena and University of Tübingen