Transporting methane from gas wellheads to market provides multiple opportunities for this greenhouse gas to leak into the atmosphere. Now, an international team of researchers has taken the first step in converting methane directly to electricity using bacteria, in a way that could be done near the drilling sites.

"Currently, we have to ship methane via pipelines," said Thomas K. Wood, holder of the biotechnology endowed chair and professor of chemical engineering, Penn State. "When you ship methane, you release a greenhouse gas. We can't eliminate all the leakage, but we could cut it in half if we didn't ship it via pipe long distances." 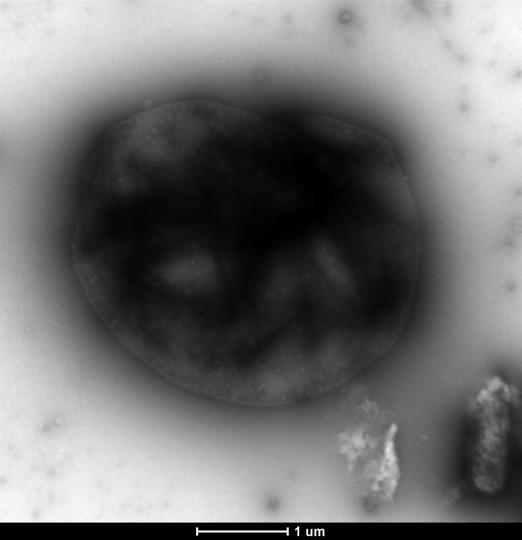 The researchers' goal is to use microbial fuel cells to convert methane into electricity near the wellheads, eliminating long-distance transport. That goal is still far in the future, but they now have created a bacteria-powered fuel cell that can convert the methane into small amounts of electricity.

"People have tried for decades to directly convert methane," said Wood. "But they haven't been able to do it with microbial fuel cells. We've engineered a strain of bacteria that can."

Microbial fuel cells convert chemical energy to electrical energy using microorganisms. They can run on most organic material, including wastewater, acetate and brewing waste. Methane, however, causes some problems for microbial fuel cells because, while there are bacteria that consume methane, they live in the depths of the ocean and are not currently culturable in the laboratory.

"We know of a bacterium that can produce an energy enzyme that grabs methane," said Wood. "We can't grow them in captivity, but we looked at the DNA and found something from the bottom of the Black Sea and synthesized it."

The researchers actually created a consortium of bacteria that produces electricity because each bacterium does its portion of the job. Using synthetic biological approaches, including DNA cloning, the researchers created a bacterium like those in the depths of the Black Sea, but one they can grow in the laboratory. This bacterium uses methane and produces acetate, electrons and the energy enzyme that grabs electrons. The researchers also added a mixture of bacteria found in sludge from an anaerobic digester -- the last step in waste treatment. This sludge contains bacteria that produce compounds that can transport electrons to an electrode, but these bacteria needed to be acclimated to methane to survive in the fuel cell. They report the results of their work today (May 17) in Nature Communications.

"We need electron shuttles in this process," said Wood. "Bacteria in sludge act as those shuttles."

Once electrons reach an electrode, the flow of electrons produces electricity. To increase the amount of electricity produced, the researchers used a naturally occurring bacterial genus -- Geobacter, which consumes the acetate created by the synthetic bacteria that captures methane to produce electrons.

"This process makes a lot of electricity for a microbial fuel cell," said Wood. "However, at this point that amount is 1,000 times less than the electricity produced by a methanol fuel cell."