A chance discovery in Mississippi provides the first evidence of an animal closely related to Triceratops in eastern North America. The fossil, a tooth from rocks between 68 and 66 million years old, shows that two halves of the continent previously thought to be separated by seaway were probably connected before the end of the Age of Dinosaurs.

"The fossil is small, only the size of a quarter, but it packs a ton of information," said Andrew Farke, a paleontologist at the Raymond M. Alf Museum of Paleontology at The Webb Schools in Claremont, California, and one of the authors of the paper announcing the discovery in the journal PeerJ.

This is a tooth of a ceratopsid horned dinosaur from Mississippi. 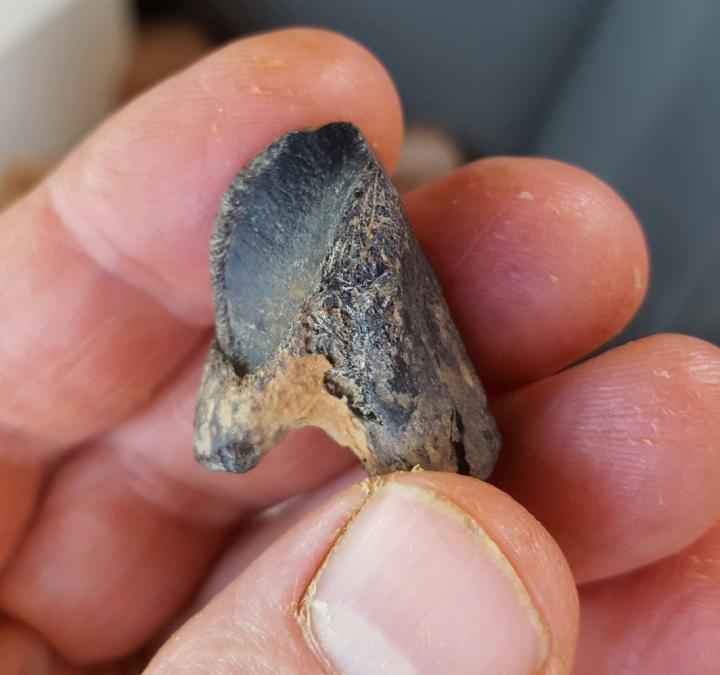 "The shape of this tooth, with its distinctive split root, is absolutely unique among dinosaurs," Farke continued. "We only have the one fossil, but it's more than enough to show that an animal very similar to Triceratops-perhaps even Triceratops itself-made it into eastern North America."

This is the discovery site of the tooth from a ceratopsid horned dinosaur in Mississippi. 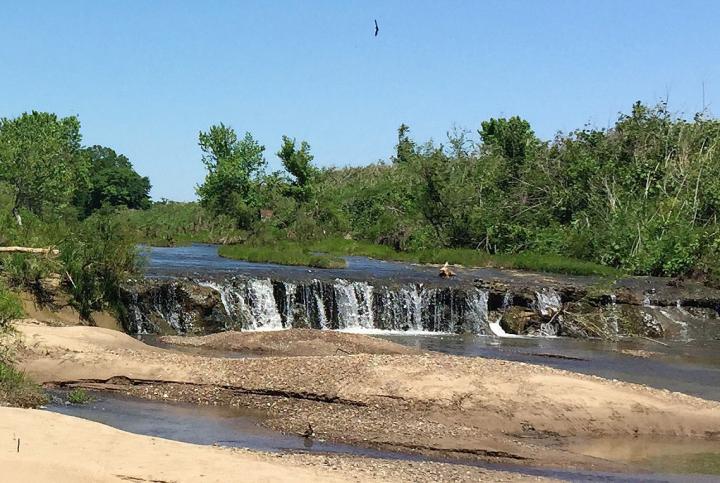 Due to a lack of preserved rock and fossils, scientists weren't sure precisely when the seaway disappeared and animals could once again walk freely across North America. The newly described fossil strongly suggests that this happened when large dinosaurs such as Tyrannosaurus and Triceratops were still around, before the major global extinction 66 million years ago.

George Phillips, paleontology curator at the Mississippi Department of Wildlife, Fisheries, and Parks' Museum of Natural Science and co-author of the paper, discovered the fossil in the Owl Creek Formation in northern Mississippi.

Phillips described the moment of discovery: "I was excited because I knew it was a dinosaur tooth, and dinosaur fossils are rare discoveries east of the Mississippi River. I called my volunteer, Michael Estes, over to share in the discovery, and he was beside me in seconds. I knew it wasn't a duck-billed dinosaur, and within 30 minutes of having found it, I posted on Facebook that I'd collected some rare plant-eating dinosaur tooth. It was none other than my colleague Lynn Harrell who made the suggestion, within minutes of my post, that it looked like a ceratopsian tooth."

This is a tooth of a ceratopsid horned dinosaur from Mississippi, held next to a left lower jaw half of Triceratops from Montana. 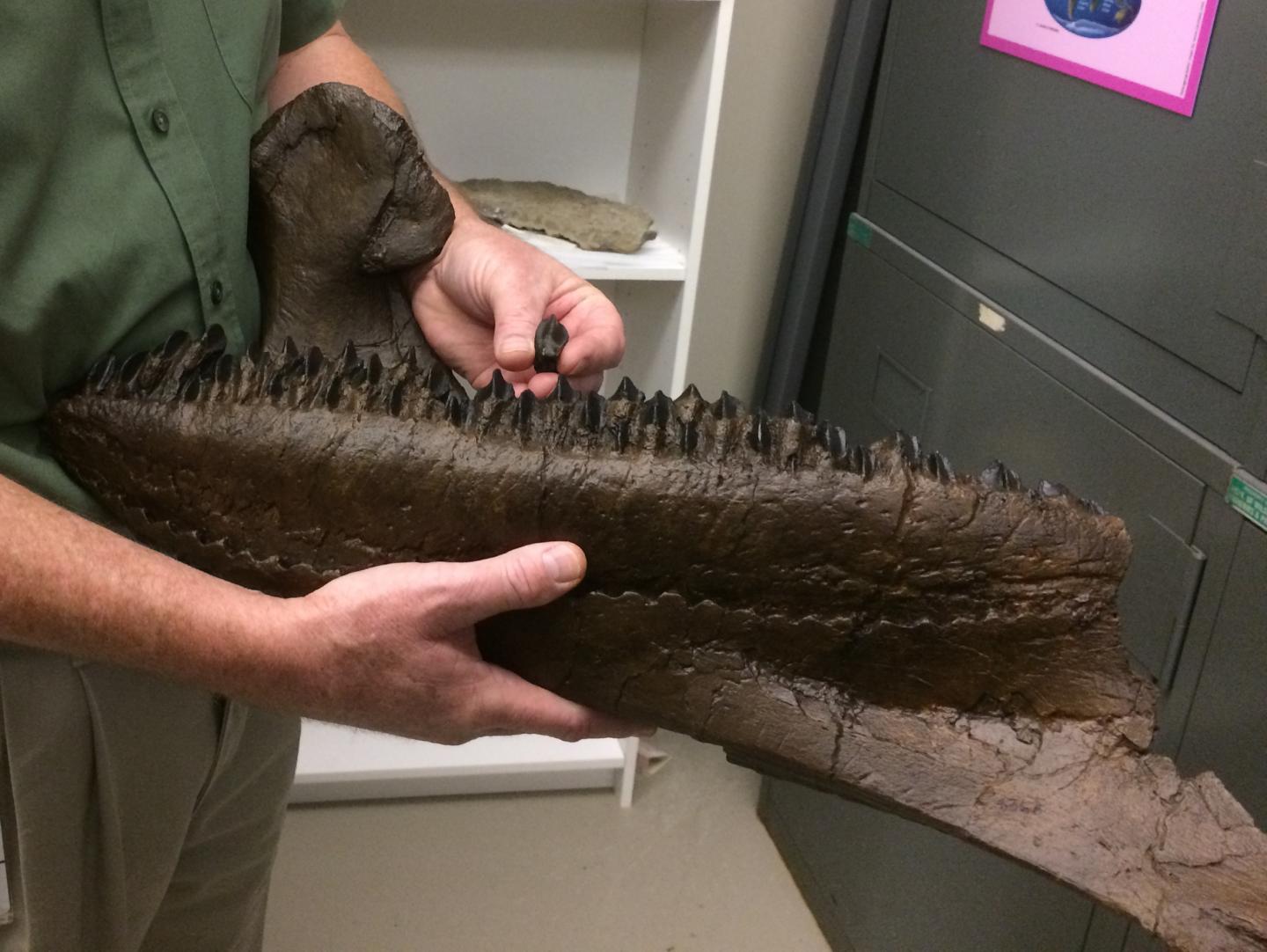 Although previously known fragments indicated horned dinosaurs in Maryland and North Carolina, those fossils were of more "primitive" species that likely lived in the area well before it was separated from western North America.

"The discovery is shocking because fossils of ceratopsid horned dinosaurs had never been discovered previously from eastern North America. It's certainly the most unique and important vertebrate fossil discovery I've ever made," said Phillips.

The ceratopsid tooth, from the lower jaw of the animal, was found in the Owl Creek Formation in northern Mississippi. Although that part of the state was under water at the time, it was fairly close to land. Farke and Phillips speculate that the tooth probably washed out to sea from a horned dinosaur living along the coastline in that area.

The fossil is housed at the Mississippi Museum of Natural Sciences, and the research is published in the journal PeerJ.