Research based on more than 180 fossil insects preserved in the La Brea Tar Pits of Los Angeles indicate that the climate in what is now southern California has been relatively stable over the past 50,000 years.

The La Brea Tar Pits, which form one of the world's richest Ice Age fossil sites, is famous for specimens of saber-toothed cats, mammoths, and giant sloths, but their insect collection is even larger and offers a relatively untapped treasure trove of information. The new study, published today in the journal Quaternary Science Reviews, is based on an analysis of seven species of beetles and offers the most robust environmental analysis for southern California to date.

Researchers dated beetle species from the La Brea Tar Pits that are still alive today, such as the darkling beetle shown in this photo. 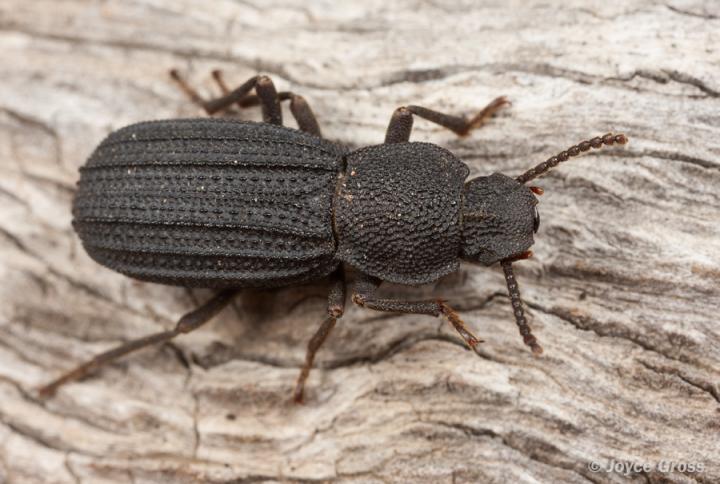 
"Despite La Brea's significance as one of North America's premier Late Pleistocene fossil localities, there remain large gaps in our understanding of its ecological history," said lead author Anna Holden, a graduate student at the American Museum of Natural History's Richard Gilder Graduate School and a research associate at the La Brea Tar Pits and Museum. "Recent advances are now allowing us to reconstruct the region's paleoenvironment by analyzing a vast and previously under-studied collection from the tar pits: insects."

The new study focuses on ground beetles and darkling beetles, which are still present in and around the Los Angeles Basin today. Insects adapt to highly specific environmental conditions, with most capable of migrating when they or their habitats get too hot, too cold, too wet, or too dry. This is especially true for ground and darkling beetles, which are restricted to well-known habitats and climate ranges.

The researchers used radiocarbon dating to estimate the ages of the beetle fossils and discovered they could be grouped into three semi-continuous ranges: 28,000-50,000 years old, 7,500-16,000 years old, and 4,000 years old. Because the beetles stayed put for such a sustained period of time, evidently content with their environmental conditions, the study suggests that pre-historic Los Angeles was warmer and drier than previously inferred--very similar to today's climate. In addition, insects that thrive in cooler environments, such as forested and canopied habitats, and are just as likely as the beetles to be preserved in the tar pits, have not been discovered at La Brea.

This is a photo of a darkling beetle fossil from the La Brea Tar Pits. 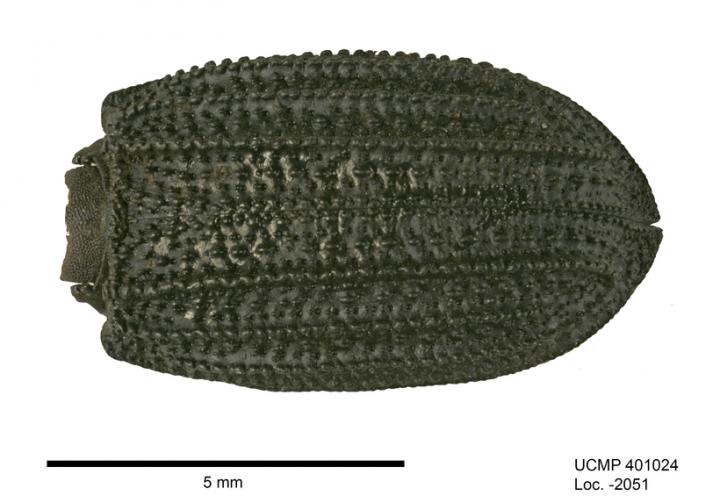 
"With the exception of the peak of the last glaciers during the late Ice Age about 24,000 years ago, our data show that these highly responsive and mobile beetles were staples in Los Angeles for at least the last 50,000 years, suggesting that the climate in the area has been surprisingly similar." Holden said. "We hope that insects will be used as climate proxies for future studies, in combination with other methods, to give us a complete picture of the paleoenvironment of Earth."