Antarctica 'Greening Because of Climate Change

Plant life on Antarctica is growing rapidly due to climate change, scientists have found.

Few plants live on the continent, but scientists studying moss have found a sharp increase in biological activity in the last 50 years. A team including scientists from the University of Exeter used moss bank cores -- which are well preserved in Antarctica's cold conditions -- from an area spanning about 400 miles.

They tested five cores from three sites and found major biological changes had occurred over the past 50 years right across the Antarctic Peninsula.

This is a Green Island moss bank with icebergs. 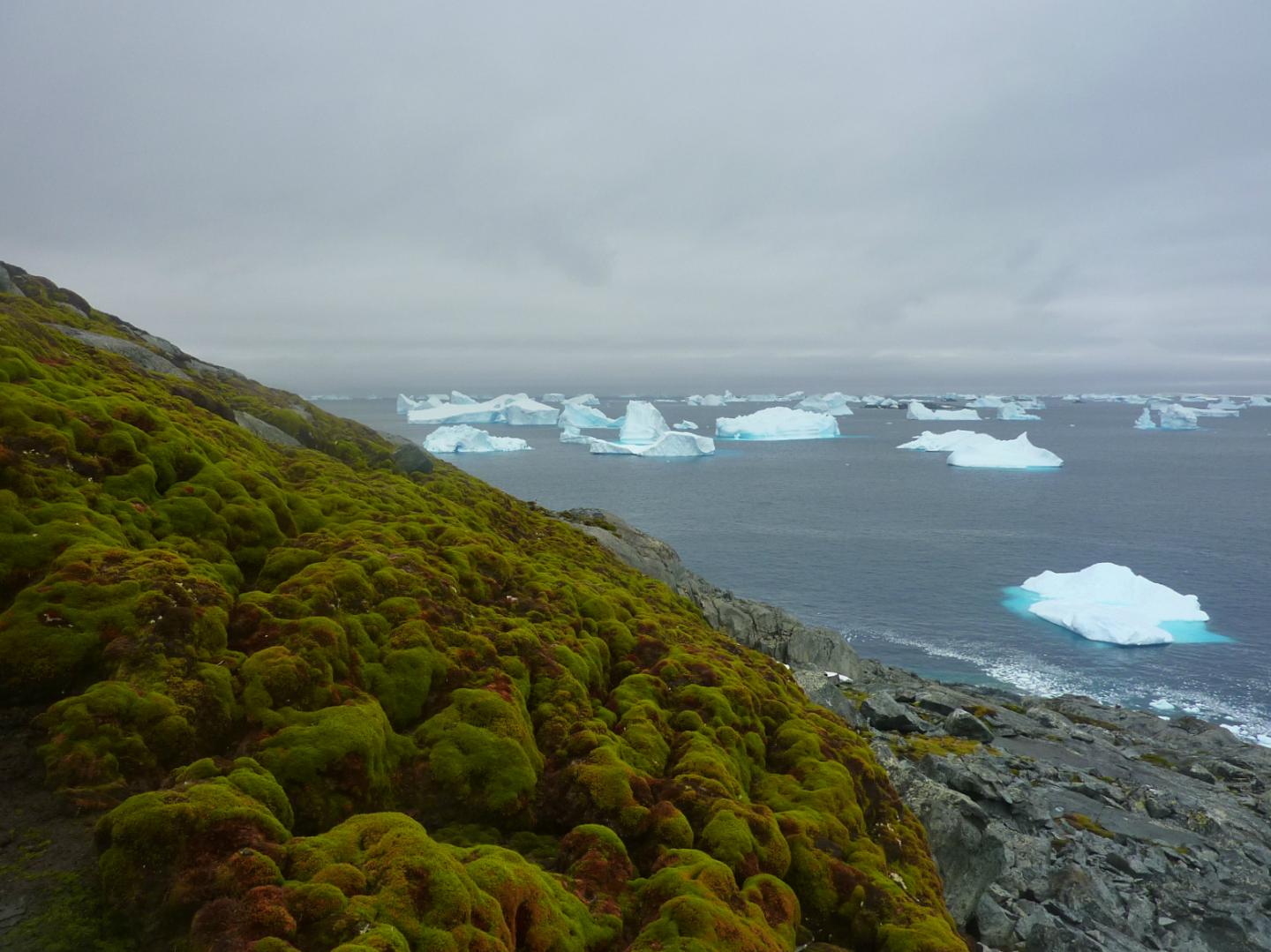 "Temperature increases over roughly the past half century on the Antarctic Peninsula have had a dramatic effect on moss banks growing in the region," said Dr Matt Amesbury, of the University of Exeter.

"If this continues, and with increasing amounts of ice-free land from continued glacier retreat, the Antarctic Peninsula will be a much greener place in the future."

Recent climate change on the Antarctic Peninsula is well documented, with warming and other changes such as increased precipitation and wind strength.

Weather records mostly began in the 1950s, but biological records preserved in moss bank cores can provide a longer-term context about climate change.

The scientists analysed data for the last 150 years, and found clear evidence of "changepoints" - points in time after which biological activity clearly increased -- in the past half century.

"The sensitivity of moss growth to past temperature rises suggests that ecosystems will alter rapidly under future warming, leading to major changes in the biology and landscape of this iconic region," said Professor Dan Charman, who led the research project in Exeter. "In short, we could see Antarctic greening to parallel well-established observations in the Arctic.

"Although there was variability within our data, the consistency of what we found across different sites was striking." The research team, which included scientists from the University of Cambridge and British Antarctic Survey, say their data indicate that plants and soils will change substantially even with only modest further warming.

The same group of researchers published a study focussing on one site in 2013, and the new research confirms that their unprecedented finding can be applied to a much larger region.

Plant life only exists on about 0.3% of Antarctica, but the findings provide one way of measuring the extent and effects of warming on the continent.

The paper, published in the journal Current Biology, is entitled: "Widespread biological response to rapid warming on the Antarctic Peninsula."

The research was funded by the Natural Environment Research Council (NERC).

The researchers now plan to examine core records dating back over thousands of years to test how much climate change affected ecosystems before human activity started causing global warming.

Contacts and sources:
Alex Morrison
University of Exeter
on May 19, 2017