3.3 Million-Year-Old Fossil Reveals the Antiquity of the Human Spine

For more than 3 million years, Selam lay silent and still. Eager to tell her story, the almost perfect fossil skeleton of a 2 1/2 year-old toddler was discovered at Dikika, Ethiopia -- and she had a lot to say.

An international research team slowly chipped away at the sandstone surrounding Selam at the National Museums of Ethiopia to reveal something remarkable -- even though millions of years have passed, she's a lot like us. Selam, which means "peace" in the Ethiopian Amharic language, was an early human relative from the species Australopithecus afarensis -- the same species as the famous Lucy skeleton.

The almost perfect fossil skeleton of a 2 1/2 year-old toddler was discovered at Dikika, Ethiopia. 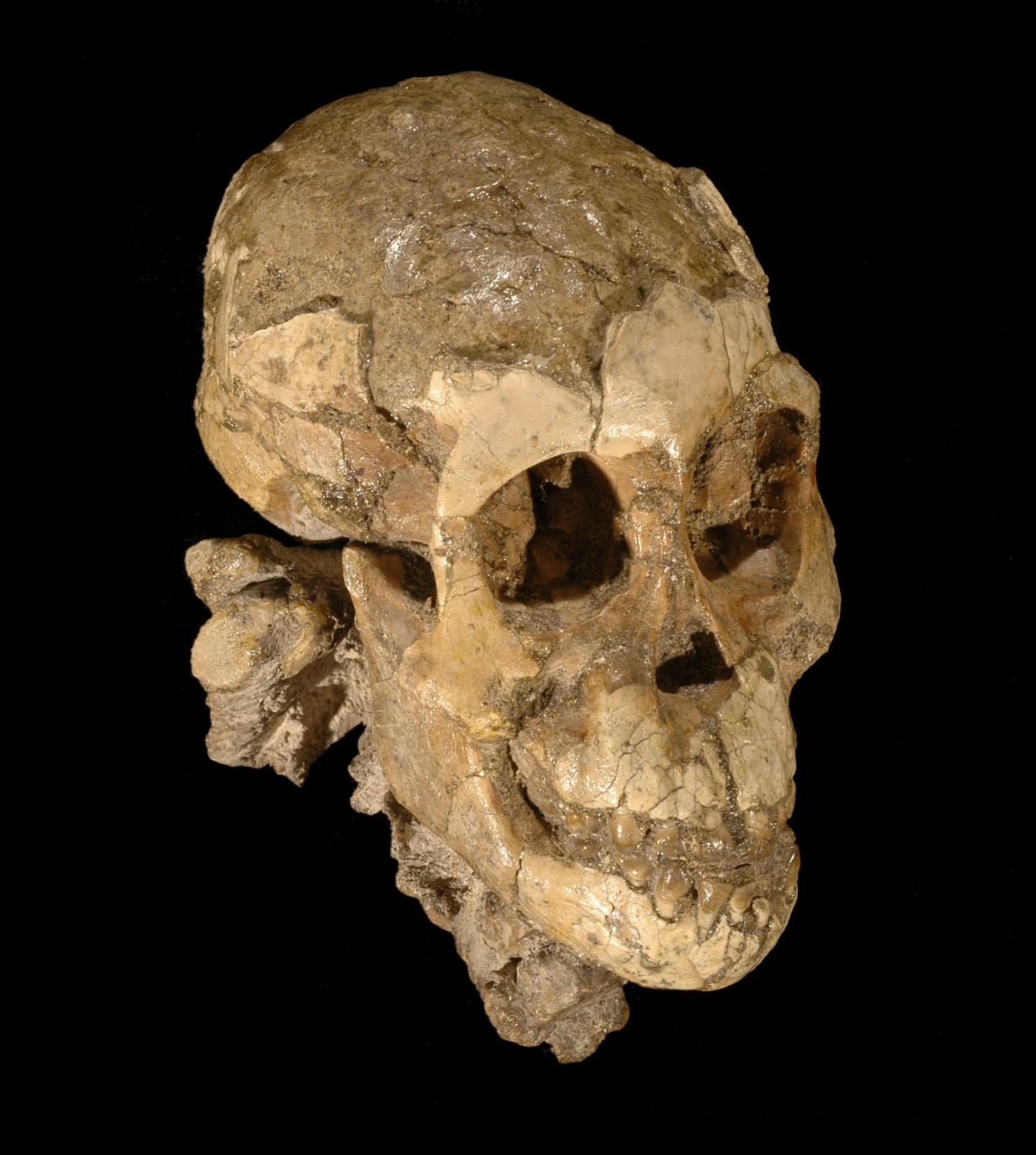 The findings, published this week in the Proceedings of the National Academy of Science, indicate that Selam possesses the most complete spinal column of any early fossil human relative, and her vertebral bones, neck and rib cage are mainly intact. This new research demonstrates that portions of the human skeletal structure were established millions of years earlier than previously thought.

Many features of the human spinal column and rib cage are shared among primates. The human spine reflects the distinctive mode of walking upright on two feet. Among the distinctive features is that humans have fewer rib-bearing vertebrae, bones of the back, than those of our closest relatives, and more vertebrae in the lower back allowing motions for walking effectively. When and how this pattern evolved has been unknown because complete sets of vertebrae are rarely preserved in the fossil record.

Selam, possesses the most complete spinal column of any early fossil human relative, and her vertebral bones, neck and rib cage are mainly intact. 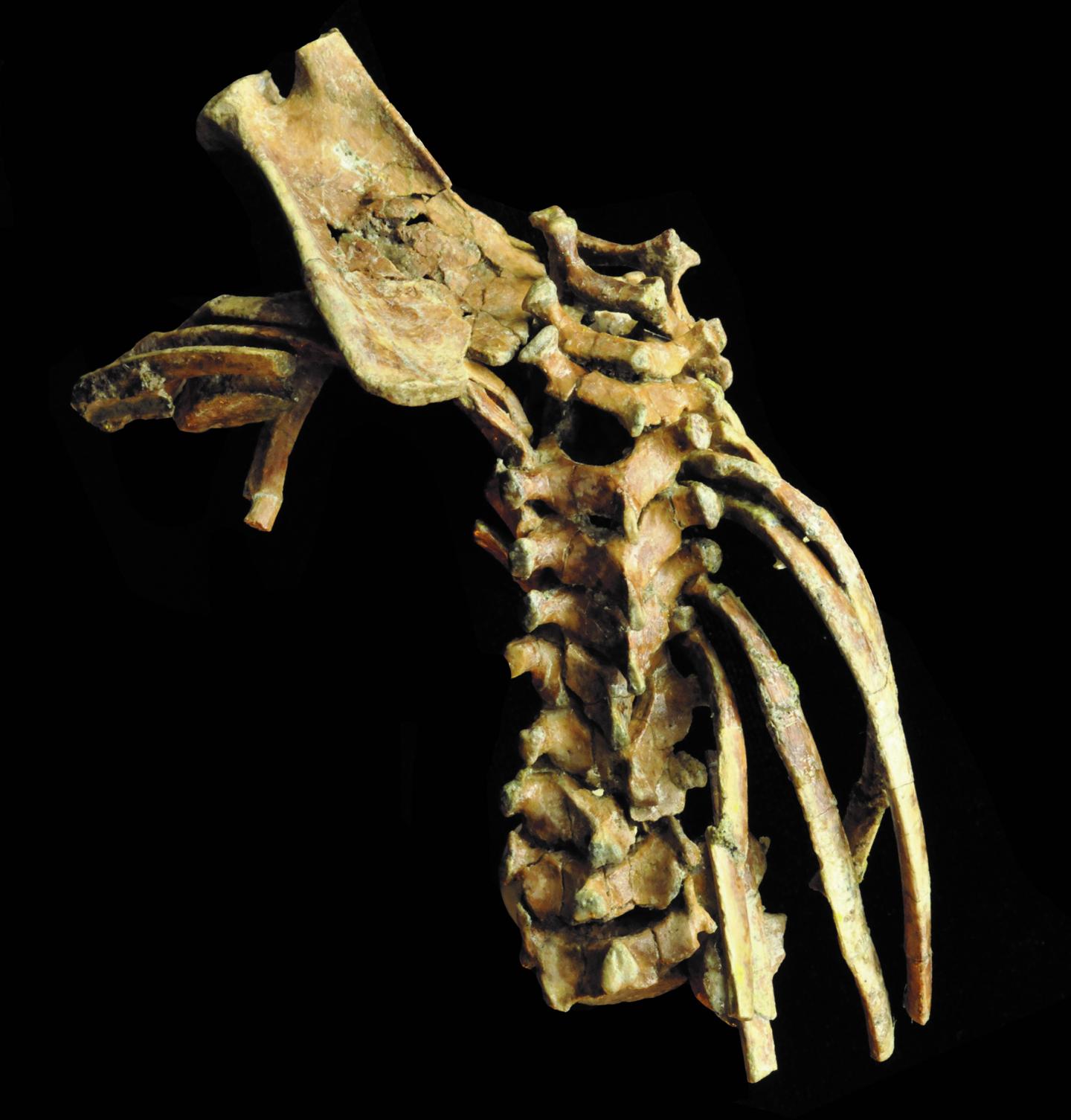 "For many years we have known of fragmentary remains of early fossil species that suggest that the shift from rib-bearing, or thoracic, vertebrae to lumbar, or lower back, vertebrae was positioned higher in the spinal column than in living humans, but we have not been able to determine how many vertebrae our early ancestors had," said Carol Ward, a Curators Distinguished Professor of Pathology and Anatomical Sciences in the MU School of Medicine, and lead author on the study. "Selam has provided us the first glimpse into how our early ancestors' spines were organized."

Selam was discovered by Zeresenay Alemseged, a professor in the Department of Organismal Biology and Anatomy at the University of Chicago. The skeleton was surrounded by sandstone, and Alemseged and his team have been preparing the delicate fossil for 13 years at the National Museum of Ethiopia.

"Continued and painstaking research on the Selam shows that the general structure of the human spinal column emerged over 3.3 million years ago, shedding light on one of the hallmarks of human evolution," Alemseged said. "This type of preservation is unprecedented, particularly in a young individual whose vertebrae are not yet fully fused."

In order to be analyzed, Selam had to take a trip. She traveled to the European Synchrotron Radiation Facility in Grenoble, France, where Alemseged and the research team used high-resolution imaging technology to visualize the bones. Scans were later sent to Ward at MU for further comparative studies.

"This technology provides the opportunity to virtually examine aspects of the vertebrae otherwise unattainable from the original specimen," said coauthor of the study Fred Spoor, a professor of evolutionary anatomy in the Department of Biosciences at the University College London.

Ward says the scans indicated that Selam had the distinctive thoracic-to-lumbar joint transition found in other fossil human relatives, but the specimen is the first to show that, like modern humans, our earliest ancestors had only twelve thoracic vertebrae and twelve pairs of ribs, which is fewer than in most apes.

"This unusual early human configuration may be a key in developing more accurate scenarios concerning the evolution of bipedality and modern human body shape," said Thierra Nalley, an assistant professor of anatomy at Western University of Health Sciences in Pomona, California, also an author of the paper.

The study, "Thoracic Vertebral Count and Thoracolumbar Transition in Australopithecus afarensis" was published in the Proceedings of the National Academy of Science. Funding for the research was provided by Margaret and Will Hearst, the National Science Foundation and the European Synchrotron Radiation Facility. The content is solely the responsibility of the authors and does not necessarily represent the official views of the funding agencies.
on May 22, 2017