The History of Violence and Economic Inequality over the Past 10,000 Years.

What price do we pay for civilization? For Walter Scheidel, a professor of history and classics at Stanford, civilization has come at the cost of glaring economic inequality since the Stone Age. The sole exception, in his account, is widespread violence – wars, pandemics, civil unrest; only violent shocks like these have substantially reduced inequality over the millennia.

“It is almost universally true that violence has been necessary to ensure the redistribution of wealth at any point in time,” said Scheidel, summarizing the thesis of The Great Leveler: Violence and the History of Inequality from the Stone Age to the Twenty-First Century, his newly published book.

Surveying long stretches of human history, Scheidel said that “the big equalizing moments in history may not have always had the same cause, but they shared one common root: massive and violent disruptions of the established order.”

Widespread violence and disease have been the most successful factors in reducing economic inequality over thousands of years, according to Stanford Professor Walter Scheidel. 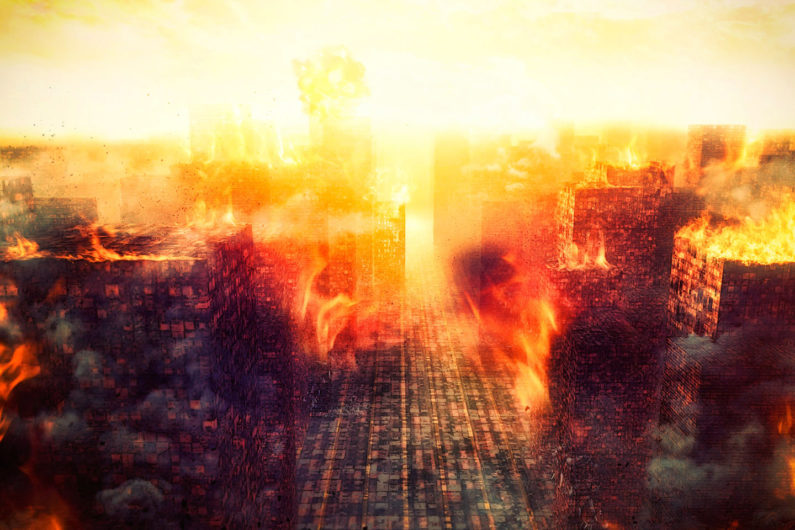 
This idea is connected to Thomas Piketty’s Capital in the Twenty-First Century (2013), a New York Times bestseller Scheidel admires. Piketty found that “inequality does not go down by itself because we have economic development,” Scheidel said. “His book covers only 200 years and argues that only violent intervention can make that happen.”

But Scheidel, who has taught a freshman seminar on long-term inequality, wanted to know if this insight can be applied to all of history. He enlisted the help of Andrew Granato, a senior majoring in economics, to compile a bibliography of more than 1,000 titles. The result is a sweeping narrative about the link between inequality and peace that harkens back to the beginning of human civilization.

Formulating such a narrative is no simple task. The Great Leveler primarily relies on the published works of other historians – a challenge, in Scheidel’s view, of trying “to synthesize highly fragmented and specialized scholarship and create a single narrative.”

As an expert on ancient Rome, however, Scheidel is well aware that pre-modern sources are limited and some are invalid. His familiarity with scant ancient sources prepared him to grapple with an abundance of more reliable modern records.

“Looking at the distant past would have been more difficult for a modernist economist or historian,” said Scheidel, for whom it is “generally easier to deal with modern evidence because it is more familiar and thoroughly studied.”
A grim view

Scheidel acknowledges his pessimism about resolving inequality. “Reversing the trend toward greater concentrations of income, in the United States and across the world, might be, in fact, nearly impossible,” he said.

A textbook example of mass mobilization is World War II, a conflict that embroiled many developed countries and, key for Scheidel, “uniformly hugely reduced inequality.” As with Europe and Japan, he said, “in the U.S. there were massive tax increases, state intervention in the economy to support the war effort and increase output, which triggered a redistribution of resources, benefiting workers and harming the interests of the top 1 percent.”

Another “horseman” was the outbreak of the bubonic plague in 14th-century Eurasia. While war wreaks havoc on everything, a pandemic of this magnitude “kills a third of the population, but does not damage the physical infrastructure,” Scheidel said. “As a result, labor becomes scarce, wages grow and the gap between the rich and the poor narrows.”

But inequality ratcheted up the moment the plague subsided and the population began to increase. Soon, large swaths of society would see their benefits erased – a loss that in Scheidel’s account would be briefly reversed after the two world wars in the 20th century.

State collapse has also been crucial in the history of inequality. “The rich are beneficiaries of the state,” Scheidel said, adding that “if states fall apart, everybody is worse off; but the rich have more to lose. Their wealth is wiped out by the destruction of the state, such as in the fall of the Mayan civilization or Chinese dynasties.”
Is change possible?

As for whether reducing inequality will ever be possible in peacetime, Scheidel simply said, “History does not determine the future. Things can change, but change is slow.”

“Business as usual may not be enough,” he said. “We have to think harder about how to bring change in today’s world.”

A peaceful remedy to economic inequality may start with what Scheidel calls “an understanding of historical context, because simply electing the right politicians who promise that everything will be OK is a short-term view.”

For the longer term, Scheidel said, “I am not advocating war, but repeating the same old ideas ignores the lessons of history. Something truly innovative and original may have to happen in order to create lasting change.”