New Evidence That E-Cigarettes May Harm Your Heart

It’s been more than 50 years since the U.S. surgeon general warned the public about the lethal dangers of cigarette smoking.

Last year, Surgeon General Dr. Vivek Murthy issued the first-ever report on electronic cigarettes, warning that their use posed a significant and avoidable risk to young people in the United States. E-cigarettes, or e-cigs, arrived on the U.S. market about 10 years ago. Since then, their popularity has exploded, especially among teenagers.

E-cigs are not actually cigarettes. There is no combustion or tobacco. Instead, these electronic, handheld devices deliver nicotine with flavoring and other chemicals in a vapor instead of smoke. Although traditional cigarettes are widely known as the most common preventable cause of heart disease, not much is known about the cardiovascular risks of e-cigarettes. 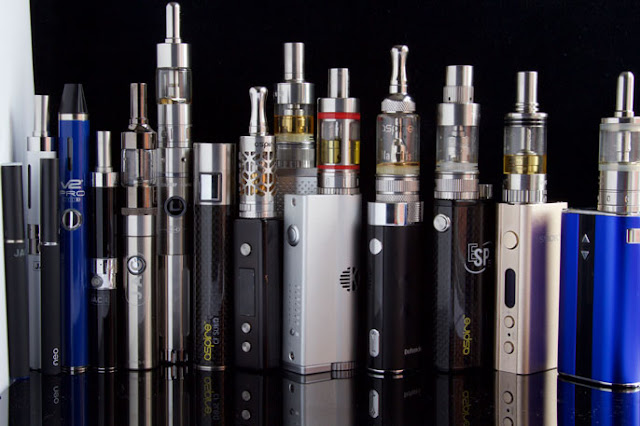 To shed light on that issue, UCLA researchers decided to see if two health indicators that promote heart disease in tobacco users were also prevalent in people who use e-cigarettes.

The 42-person study, whose findings were published online Feb. 1 in the journal JAMA Cardiology, found that 23 study participants who were habitual users of e-cigarettes were more likely to have signs of two heart risk factors than 19 other participants who did not use e-cigarettes. The risk factors were oxidative stress, which hampers the body’s ability to defend itself against free radicals — a type of particle that has been associated with heart disease — and higher levels of adrenaline in the heart, which can lead to an increased heart rate and high blood pressure.

“The results were a bit surprising because it is widely believed that e-cigarettes are less harmful than tobacco cigarettes,” the study’s co-author, Dr. Holly Middlekauff, a professor of medicine in the division of cardiology at UCLA, told HealthDay. “Instead, we found the same types of abnormalities in our e-cigarette users that are reported in tobacco cigarette users, and these abnormalities are associated with increased cardiac risk.”
Cardiac risk factors the same as those of smokers

The study's authors noted that the findings only show an association, not a cause-and-effect link between e-cigarettes and the heart risks.

To further their research, they are now doing a comparison of the heart effects of tobacco cigarettes to e-cigarette use.

"The key finding from our study is that e-cigarettes have real, adverse physiologic effects that have been associated with heart disease,” added Middlekauff. “My advice is, if you don't already smoke tobacco cigarettes, don't start using e-cigarettes — they are not harmless.”

Other authors on the study include Roya Moheimani, May Bhetraratana, Fen Yin, Kacey Peters, Jeffrey Gornmbein and Jesus Araujo. All are from UCLA.