Gang War Over Sex and Territory

Gang warfare is not unique to humans - banded mongooses do it too.

Now researchers from the University of Exeter have shed light on the causes of the fights - and found they are most common when females are receptive to breeding and when there is competition over food and territory.

The scientists, who studied a population of banded mongooses in Uganda, observed ferocious fighting between groups that often led to serious injury and even death.

During the conflicts, they saw individuals raiding dens and killing the pups of their neighbours, and males and females of rival groups mating with each other.

These are banded mongooses fighting. 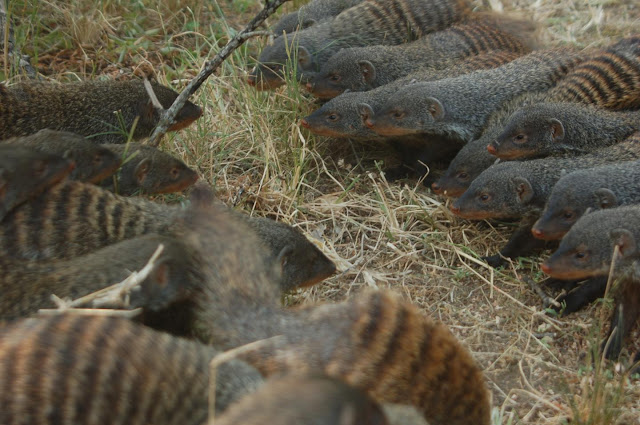 "These fights are very chaotic, with 20 or 30 mongooses on each side arranged in battle lines," said lead author Dr Faye Thompson, of the Centre for Ecology and Conservation on the University of Exeter's Penryn Campus in Cornwall.

"They all rush forward and fighting breaks out, with some individuals chasing each other into bushes - but at the same time males and females from opposing groups will sometimes mate with each other.

"The fighting is costly to both individuals and groups. Individuals are more likely to die and litters are less likely to survive to emergence if their group is involved in an aggressive encounter with a rival." 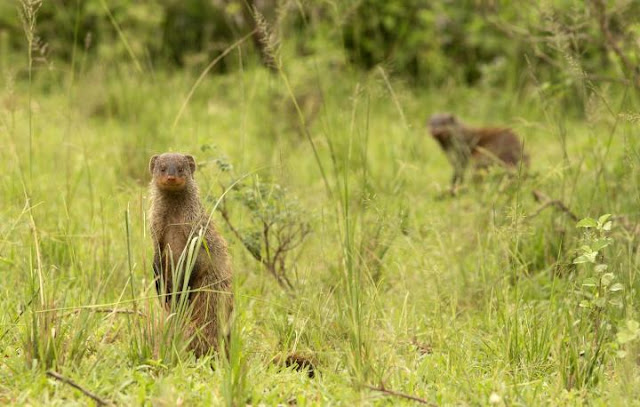 Intriguingly, they discovered that pregnant females were less likely to lose their litters after such conflicts.

Dr Thompson added: "We found that females were significantly less likely to abort their litter if their group was involved in a fight with another group during gestation.

"This is a puzzling result, but one possible explanation is that unborn litters may be seen as particularly valuable during periods of conflict with rival groups.

"Pregnant females could be finding some way to maintain their pregnancy, perhaps to offset mortality from fighting and make their group bigger and more competitive in the future."

Banded mongooses rarely leave the group into which they are born, so group members are usually genetically related to one another. Fights between groups may provide an opportunity to avoid inbreeding. 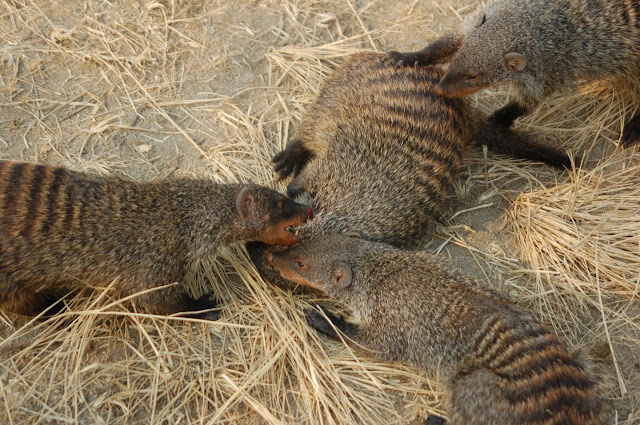 As a result, males or females sometimes lead their group into enemy territory in search of unrelated mating partners.

Professor Michael Cant of the University of Exeter, who leads the long-term study of banded mongooses in Uganda, said: "Intergroup conflict can be very intense in social animals but has really only been studied in depth in humans and chimpanzees before now."

"Our results suggest that fighting between groups is one of the major forces promoting solidarity and cooperation within groups in these highly social mammals."


The paper, published in the journal Animal Behaviour, is entitled: "Causes and consequences of intergroup conflict in cooperative banded mongooses."

Contacts and sources:
Alex Morrison
University of Exeter
on February 28, 2017