Wastewater from oil and gas operations – including fracking for shale gas – at a West Virginia site altered microbes downstream, according to a Rutgers-led study.

The study, published recently in Science of the Total Environment, showed that wastewater releases, including briny water that contained petroleum and other pollutants, altered the diversity, numbers and functions of microbes. The shifts in the microbial community indicated changes in their respiration and nutrient cycling, along with signs of stress.

The study also documented changes in antibiotic resistance in downstream sediments, but did not uncover hot spots, or areas with high levels of resistance. The findings point to the need to understand the impacts on microbial ecosystems from accidental releases or improper treatment of fracking-related wastewater. Moreover, microbial changes in sediments may have implications for the treatment and beneficial reuse of wastewater, the researchers say.


The hydraulic fracturing (fracking) water cycle includes withdrawing water, adding chemicals, injecting fracking fluids through a well to a rock formation, and pumping wastewater to the surface for disposal or reuse. 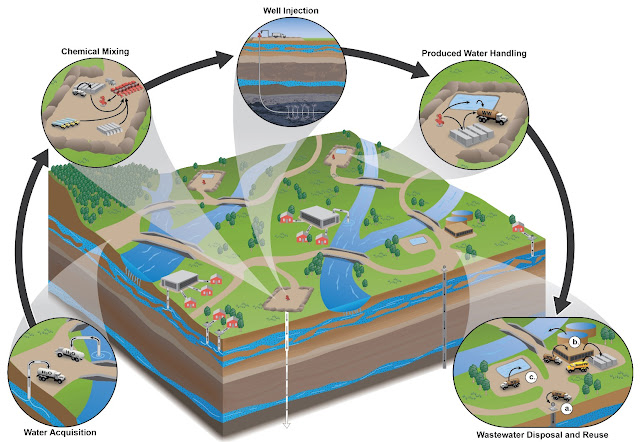 “I do think we’re at the beginning of seeing what the impacts could be,” said Fahrenfeld, who works in the School of Engineering. “I want to learn about the real risks and focus our efforts on what matters in the environment.”

Underground reservoirs of oil and natural gas contain water that is naturally occurring or injected to boost production, according to the U.S. Geological Survey (USGS), whose scientists contributed to the study. During fracking, a fracturing fluid and a solid material are injected into an underground reservoir under very high pressure, creating fractures to increase the porosity and permeability of rocks.


Nicole Fahrenfeld, assistant professor in the Department of Civil and Environmental Engineering. 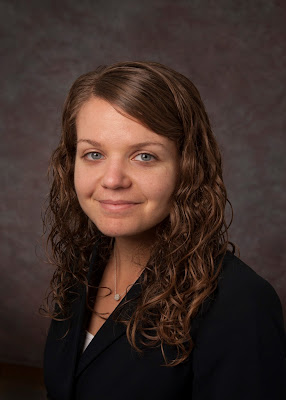 
Liquid pumped to the surface is usually a mixture of the injected fluids with briny water from the reservoir. It can contain dissolved salt, petroleum and other organic compounds, suspended solids, trace elements, bacteria, naturally occurring radioactive materials and anything injected into wells, the USGS says. Such water is recycled, treated and discharged; spread on roads, evaporated or infiltrated; or injected into deep wells.

Fracking for natural gas and oil and its wastewater has increased dramatically in recent years. And that could overwhelm local infrastructure and strain many parts of the post-fracking water cycle, including the storage, treatment, reuse, transportation or disposal of the wastewater, according to the USGS.

For the Rutgers-USGS study, water and sediment samples were collected from tributaries of Wolf Creek in West Virginia in June 2014, including an unnamed tributary that runs through an underground injection control facility.

The facility includes a disposal well, which injects wastewater to 2,600 feet below the surface, brine storage tanks, an access road and two lined ponds (now-closed) that were used to temporarily store wastewater to allow particles to settle before injection.

Water samples were shipped to Rutgers, where they were analyzed. Sediment samples were analyzed at the Waksman Genomics Core Facility at Rutgers. The study generated a rich dataset from metagenomic sequencing, which pinpoints the genes in entire microbial communities, Fahrenfeld noted.

Antibiotics and similar drugs have been used so widely and for so long that the microbes the antibiotics are designed to kill have adapted to them, making the drugs less effective, according to the U.S. Centers for Disease Control and Prevention. At least 2 million people become infected with antibiotic-resistant bacteria each year in the U.S., with at least 23,000 of them dying from the infections.

“We have this really nice dataset with all the genes and all the microbes that were at the site,” Fahrenfeld said. “We hope to apply some of these techniques to other environmental systems.”

Contacts and sources:
Todd B. Bates
Rutgers University
on February 25, 2017