700% Surge in Infections Caused by Antibiotic Resistant Bacteria: A Fast Growing Problem for Kids Too

The adage that kids are growing up too fast these days has yet another locus of applicability.

In a new, first-of-its-kind study, researchers from Case Western Reserve University School of Medicine have found a 700-percent surge in infections caused by bacteria from the Enterobacteriaceae family resistant to multiple kinds of antibiotics among children in the US. These antibiotic resistant infections are in turn linked to longer hospital stays and potentially greater risk of death.

The research, published in the March issue of the Journal of the Pediatric Infectious Diseases Society, is the first known effort to comprehensively examine the problem of multi-drug resistant infections among patients under 18 admitted to US children’s hospitals with Enterobacteriaceae infections. Earlier studies focused mainly on adults, while some looked at young people in more limited geographical areas, such as individual hospitals or cities, or used more limited surveillance data.

“There is a clear and alarming upswing throughout this country of antibiotic resistant Enterobacteriaceae infections in kids and teens,” said lead author Sharon B. Meropol, MD, PhD, a pediatrician and epidemiologist at Case Western Reserve University School of Medicine and Rainbow Babies and Children’s Hospital in Cleveland. “This makes it harder to effectively treat our patients’ infections. The problem is compounded because there are fewer antibiotics approved for young people than adults to begin with. Health care providers have to make sure we only prescribe antibiotics when they’re really needed. It’s also essential to stop using antibiotics in healthy agricultural animals.”

In the retrospective study, Meropol and co-authors Allison A. Haupt, MSPH, and Sara M. Debanne, PhD, both from Case Western Reserve University School of Medicine, analyzed medical data from nearly 94,000 patients under the age of 18 years diagnosed with Enterobacteriaceae-associated infections at 48 children’s hospitals throughout the US. The average age was 4.1 years. Enterobacteriaceae are a family of bacteria; some types are harmless, but they also include such pathogens as Salmonella and Escherichia coli; Enterobacteriaceae are responsible for a rising proportion of serious bacterial infections in children. 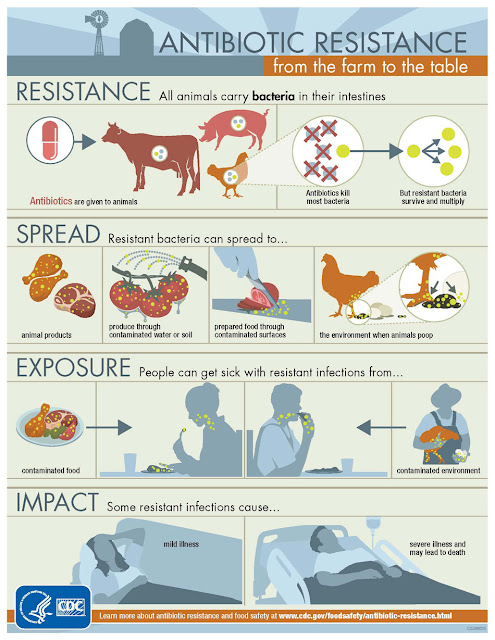 The researchers found that the share of these infections resistant to multiple antibiotics rose from 0.2 percent in 2007 to 1.5 percent in 2015, a seven-fold-plus increase in a short, eight-year span. Children with other health problems were more likely to have the infections while there were no overall differences based on sex or insurance coverage. The yearly number of discharges with Enterobacteriaceae-associated infections remained relatively stable over the course of the study years.

In a key finding, more than 75 percent of the antibiotic-resistant infections were already present when the young people were admitted to the hospital, upending previous findings that the infections were mostly picked up in the hospital. “This suggests that the resistant bacteria are now more common in many communities,” said Meropol. For reasons that are unclear, older children and those living in the Western US were more likely to have the infections.

The investigators also found that young people with antibiotic-resistant infections stayed in the hospital 20 percent longer than those whose infections could be addressed by antibiotics. Additionally, there was a greater—but not statistically significant—risk of death among pediatric patients infected with the resistant bacterial strains.

Previous studies have shown that the problem is even worse elsewhere in the world, with an 11.4 percent global rate of antibiotic-resistant Enterobacteriaceae infections among young people, including 27 percent in Asia and the Pacific, 8.8 percent in Latin America, and 2.5 percent in Europe.

“Escalating antibiotic resistance limits our treatment options, worsens clinical results, and is a growing global public health crisis,” said Meropol. “What’s more, the development of new antibacterial drugs, especially ones appropriate for children, remains essentially stagnant. We need to stop over-using antibiotics in animals and humans and develop new ones if we want to stop a bad problem from getting worse.”