Mountains are far more than rocks. They also confer various natural benefits—for example, about half of the world’s drinking water filters through their high-elevation forests, plants, and soils.

Now, a new first-of-its kind study, in the journal Nature, shows how these mountain ecosystems around the globe may be threatened by climate change.

Rising temperatures over the next decades appear likely to “decouple” key nutrient cycles in mountain soils and plants, an international team of sixteen scientists reports. Their study suggests that this is expected to disrupt the function of mountaintop ecosystems, as plant communities above and at treeline are thrown into turmoil faster than trees can migrate uphill in a warmer world.

For a new study in the journal Nature, teams of scientists worked at high elevations in seven mountain regions of the world, from the Swiss Alps to New Zealand to Chile. Those sites are shown in this photo montage that highlights the differing types of treelines the teams explored. 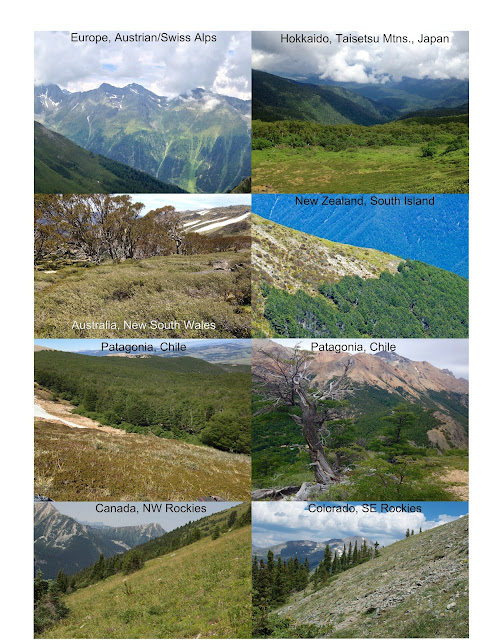 “Humanity relies on mountains,” says Nathan Sanders, an ecologist at the University of Vermont, who helped lead the new study that gathered data at treeline in New Zealand, Colorado, Canada, Australia, central Europe, Japan and Patagonia. “We found in all these places that temperature change drives many other kinds of change, potentially disturbing biodiversity, and that could have a profound effect on the ecosystem services mountains provide to people—like clean water.”

The new study overcame a problem researchers have wrestled with for years: that the effects of climate change occur over a much longer time than the duration of traditional scientific experiments. And “most experiments are not well suited to study responses of large, long-lived plants such as trees,” notes Jordan Mayor, a postdoctoral researcher who, with ecologist David Wardle, led the new study from the Swedish University of Agricultural Sciences.

Instead of greenhouse-style experiments, with artificial warming chambers to heat up plots of soil, the team used elevation as a surrogate for climate warming. The scientists determined that—in seven temperate mountain regions around the world—about 900 feet of elevation drop yields the same average temperatures that the higher spot is expected to experience in eighty years.

“This approach allows prediction of effects of warming in real mountain ecosystems without the problems that plague experiments,” Mayor says.

The predictions are worrisome. For example, “we see that at lower elevations the nitrogen cycle speeds up with warming,” says University of Vermont ecologist Aimée Classen, a co-author on the new study. So the scientists expect that global warming will improve the nitrogen nutrition available to mountain plants.

The complex interaction of soils, plants and trees at treeline -- in many mountain ranges around the world -- may be disrupted by ongoing climate change, a new study in Nature shows. 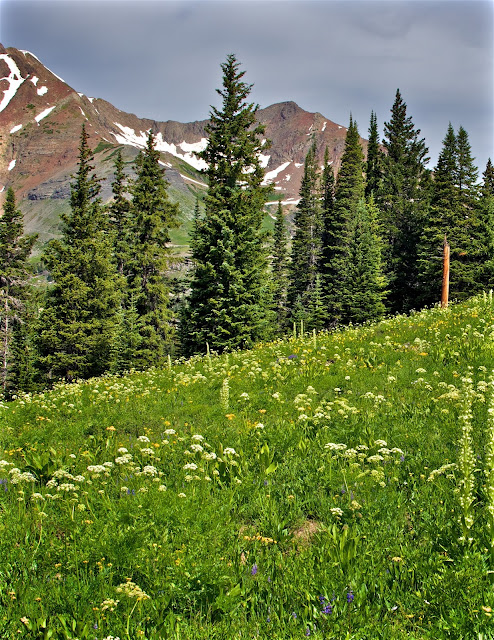 However, decreasing elevation did not increase the availability of phosphorus, another key nutrient for plants. In other words, as mountaintops warm, “you're like to get this disconnect—a decoupling—between the balance of those two nutrient cycles that are needed to build plant materials,” Classen says. Over decades and centuries, this lost balance between nitrogen and phosphorus could “slow productivity,” of mountaintop ecosystems, she says, threatening their health and the downslope benefits they provide to other plants, animals and people.

“All the climate models assume that plants can just march up the mountains as it gets warmer,” says UVM’s Classen. “But this study shows that march might not be so easy.”

“Lots of experiments have now shown that climate warming can have really important effects on ecosystems in the short term and under controlled conditions,” says David Wardle. “Our results serve as a distributed 'natural experiment' to add to this knowledge by showing that climate warming is likely to have large, long-term effects in natural ecosystems, that these effects are pervasive and probably irreversible.”

“This study looks at mountains to show how ecological linkages can become unlinked with climate warming,” says UVM’s Nathan Sanders, “and shows that it’s a global phenomena.”

Contacts and sources:
University of Vermont