Plants emit odours in response to herbivory. A new study to be published in the scientific journal New Phytologist reveals that the odour bouquet changes depending on the type of enemy that attacks the plant. To the surprise of the researchers involved, native plants emit a special odour bouquet when they are attacked by exotic herbivores.

Plants emit odours to call in reinforcements; for example, to let a parasitic wasp know that a caterpillar is present. This may not help the plant immediately, but in the long run it means fewer butterflies and voracious caterpillars in the next generation. Dutch field mustard (Brassica rapa) emits different odour bouquets in response to exotic as opposed to native caterpillars, slugs and aphids. 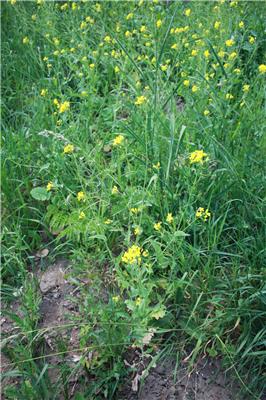 Biologists from Radboud University and the University of Neuchâtel in Switzerland tested the effects of twelve types of herbivores, including specialists and generalists, sucking and chewing herbivores and exotic and native herbivores. It included a wide range of very different herbivores ranging from cabbage aphids and small whites to green peach aphids and a slug. The researchers, including Nijmegen physicist Simona Cristescu, identified subtle differences in the odours emitted by plants using a gas chromatograph with a highly accurate mass spectrometer at the Department of Organic Chemistry.

"We used clever statistical models and calculations to identify the complex combinations of volatile substances induced by the different groups of herbivores," says Nicole van Dam, professor of Plant-Insect Interactions at Radboud University's Institute for Water and Wetland Research (IWWR) and the German Institute for Integrative Biodiversity Research (iDiv) Halle-Jena-Leipzig.

Are you a naturalised insect?

"We were debating whether two species of caterpillars, the beet armyworm (Spodoptera exigua) and the cabbage looper (Trichoplusia ni), were to be considered exotic or whether they were naturalised species. These species have been observed in the Netherlands, particularly in greenhouses, but they do not overwinter outside here. The odour bouquets emitted by wild field mustard plants after feeding by the two herbivores left no room for doubt: this is definitely an exotic species. Our statistical models can therefore be used to determine the status of the herbivorous insect based on the herbivore induced odour bouquet." 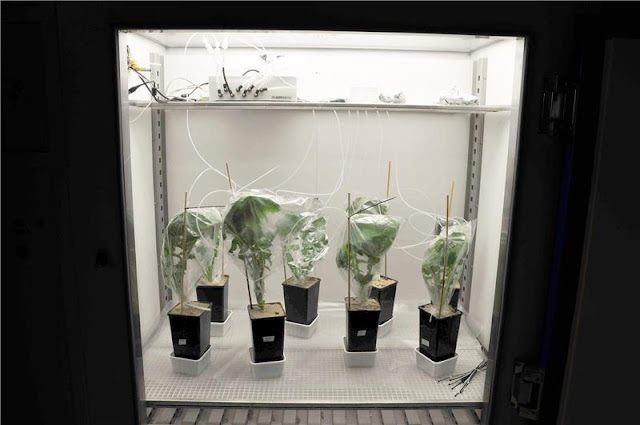 
Exotic and native species were not defined by a single volatile substance, but by the ratio of volatiles they produced. "This is consistent with what we know about the perception and behaviour of parasitic wasps and other predators. They use the bouquet of odours released by the plant to obtain information about their prey."

Van Dam sees the results as "spectacular proof" of how specific plants respond to their environment. "They may not have a nervous system, eyes, ears, or mouths, but they are capable of determining who is attacking them. Based on this, they can transmit reliable information to parasitic wasps. What I find truly amazing is that they're even capable of distinguishing between a native and an exotic herbivore."

Climate change and globalisation have helped to introduce an increasing number of exotic herbivores to the Netherlands. This can disrupt existing interactions between plants, herbivores and parasitic wasps. "Our initial idea was that the new odour bouquets emitted by plants when they are attacked by exotic herbivores may confuse parasitic wasps," explains Van Dam. "This may reduce the effectiveness of biological pest control. Our research suggests that endemic parasitic wasps can learn to avoid these plants by identifying differences in odours."

you can also read this news on http://www.ru.nl/english/news-agenda/news/vm/iwwr/2017/plants-smell-exotic-herbivore-insect-attack/