Nordic Countries Are Bringing About an Energy Transition Worth Copying

What can we learn from the Nordic low-carbon energy transition given the new US leadership vacuum on climate change? A new study by Benjamin K Sovacool offers some important lessons.

The Trump administration’s “First energy plan” criticises the “burdensome” regulations on the energy industry and aims to eliminate “harmful and unnecessary policies such as the Climate Action Plan” which was introduced by President Barack Obama. It has also deleted all mentions of climate change and global warming from the White House website.

Given the American leadership vacuum on energy and climate change, national and local planners looking to bring about energy transitions will need to look elsewhere. Five Nordic countries – Denmark, Finland, Iceland, Norway and Sweden – could hold answers for how to make the transition to a more energy efficient society generating energy through renewables. About 83% of electricity generation in Nordic countries is low-carbon, of which 63% comes entirely from renewable sources. The Nordic countries are also facilitating other low-carbon transitions across other sectors including heat, buildings, industry, and transport.

Samsø, a Danish island, generates all its electricity from wind power and biomass. 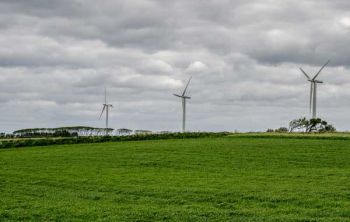 A new study outlines broad lessons for how this transition could be replicated elsewhere.

The total estimated cost of the Nordic energy transition is roughly $357 billion more than business as usual, which comes to a total of less than 1 percent of cumulative GDP between now and 2050. Almost all of these costs will be offset by fuel savings. Even the external costs associated with the health impacts of air pollution alone in the Nordic countries (about $9 to $14 billion annually) are roughly equal to the additional investment needed to achieve a carbon neutral scenario.

Trade and interconnection with Europe are instrumental to the Nordic countries reaching their carbon and energy targets. Nordic electricity trade must expand considerably— underscoring the need for paralleled, coordinated grid development and interconnections with Great Britain, the Netherlands, Germany, Poland, Lithuania, Latvia, and Estonia. “It’s as much a regional governance or European challenge as it is a national priority for individual Nordic states,” says Sovacool, a Professor of Energy Policy at the University of Sussex's Science Policy Research Unit and Director of the Centre on Innovation and Energy Demand.

Cities and municipalities take the lead

Cities and municipalities, or ‘subnational actors’ have taken the lead as key actors driving electricity and heat, energy efficiency, transport and the industry sectors to decarbonise, especially given that urbanization rates across the Nordic region are expected to occur at double the rate of previous decades. It is cities that will need to invest in new buildings, sponsor retrofits, erect electric vehicle charging infrastructure, and optimize heat networks.

Even for the Nordic countries, which are relatively wealthy, small, and committed, the transition will take at least three to four more decades. Its success rests upon a number of compelling technological contingencies or breakthroughs, each of which will take time. A few such breakthroughs include a continued phase out of nuclear power; a rapid ramping up of onshore and offshore wind energy; a spectacular diffusion of electric vehicles; a massive increase in bioenergy production; and the commercialization of industrial scale carbon capture and storage. On top of this, households and consumers must learn to adopt better energy management systems and industrial planners must come to install newer cement kilns, electric arc furnaces, and feedstock switching for chemicals, petrochemicals, and paper and pulping.

Transitions are contingent on other factors, contested and potentially unjust

For all of its promise, the Nordic transition is contingent upon and unique to its own sociotechnical environment. All the Nordic countries are endowed with plentiful fossil fuels that they can export to generate revenue that they funnel back into domestic decarbonisation process, coupled with a history of strong energy and climate planning and high fuel and electricity prices.

While the Nordic low-carbon transition has generally been successful and has benefited most within its society, the paper also identifies losers in the transition, including those set to lose their jobs as fossil fuels are displaced. Other potential obstacles to be overcome are a lack of understanding among some citizens about energy and climate topics, and the outsourcing of embodied carbon emissions overseas.