Major League Baseball (MLB) managers trying to find an edge should pay close attention to their players’ body clocks, according to a new Northwestern University study of how jet lag affects MLB players traveling across just a few time zones. A modest trip across two or three time zones can have ‘detectable and significant’ effects.
The researchers found that when people, in this case Major League Baseball players, travel in a way that misaligns their internal 24-hour clock with the natural environment and its cycle of sunlight, they suffer negative consequences.

“Jet lag does impair the performance of Major League Baseball players,” said Dr. Ravi Allada, a circadian rhythms expert who led the study. “The negative effects of jet lag we found are subtle, but they are detectable and significant. And they happen on both offense and defense and for both home and away teams, often in surprising ways.” 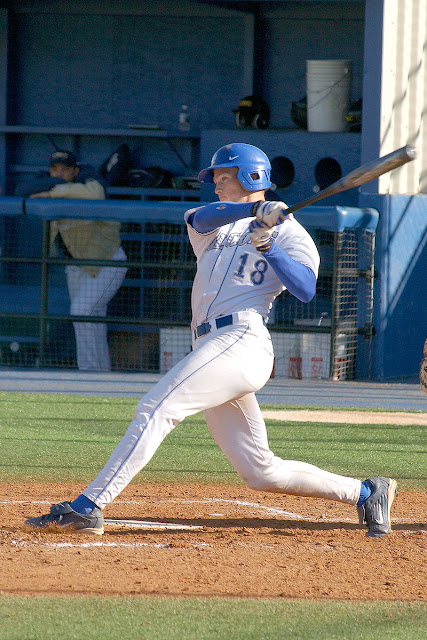 
In a study of data spanning 20 years and including more than 40,000 games, the researchers identified these effects of jet lag on player and team performance:


Both home and away teams suffer on defense, specifically by giving up more home runs. With defensive performance, strong effects of eastward jet lag were found for both home and away teams, primarily with jet-lagged pitchers allowing more home runs. “The effects are sufficiently large to erase the home field advantage,” Allada said. Besides home runs allowed, few other effects were seen on pitching or defense.

There is a difference between traveling east and traveling west. Most significant jet-lag effects were generally stronger for eastward than westward travel. “This is a strong argument that the effect is due to the circadian clock, not the travel itself,” Allada said.

The study, “How Jet Lag Impairs Major League Baseball Performance,” will be published the week of Jan. 23 in the journal Proceedings of the National Academy of Sciences (PNAS).

Allada and his team, Alex Song (first author) and Thomas Severini, used an unprecedented amount of MLB data (from 1992 to 2011), which gave the researchers the statistical power to identify the effects of jet lag on offensive and defensive performance metrics. The researchers considered if teams were traveling east or west; if the team was home or away; and the team itself.

They also looked at the number of hours players would be jet-lagged, based on the number of time zones traveled across, to determine which games were “jet-lag games” and which were not. (The human body clock can roughly shift about an hour each day as it synchronizes to the new environment.) If players were shifted two or three hours from their internal clocks, the researchers defined them as jet-lagged.

What does all this data analysis mean going forward? With MLB spring training less than a month away, Allada has some advice based on his research.

“If I were a baseball manager and my team was traveling across time zones — either to home or away — I would send my first starting pitcher a day or two ahead, so he could adjust his clock to the local environment,” Allada said.

Allada provides an example from the 2016 National League Championship Series illustrating the potential impact of jet lag on player performance. In game 2, Los Angeles Dodgers’ ace Clayton Kershaw shut out the Chicago Cubs, giving up only two hits, but game 6 was a different story.

“For game 6, the teams had returned to Chicago from LA, and this time the Cubs scored five runs off of Kershaw, including two home runs,” Allada said. “While it’s speculation, our research would suggest that jet lag was a contributing factor in Kershaw’s performance.”

Allada is the Edgar C. Stuntz Distinguished Professor in Neuroscience and chair of the neurobiology department in the Weinberg College of Arts and Sciences. He also is associate director of Northwestern’s Center for Sleep and Circadian Biology.