H0LiCOW: How Fast Is The Universe Expanding?

The H0LiCOW collaboration, a cosmology project led by EPFL and Max Planck Institute and regrouping several research organizations in the world has made a new measurement of the Hubble constant, which indicates how fast the universe is expanding.. The new measurement challenges some of the most recent ones, potentially pointing towards new physics beyond the standard cosmological model.


Measuring how far objects are across space has led to great discoveries, for example that our universe is expanding. The rate of this expansion is determined by the current Standard Cosmological Model, "Lambda CDM", which puts the current expansion rate at about 72 km per second per megaparsec (a megaparsec is about 3.3 million light-years). This rate is called the "Hubble constant", H0, and has been constantly refined for almost a century: a high-precision measurement of H0 has profound implication both in cosmology and in physics.

Now, the H0LiCOW collaboration has used new tools to independently calculate the all-important Hubble constant with 3.8% precision. The new figure agrees with recent independent studies, which are however in tension with the predictions of the Standard Cosmological Model, potentially pointing towards new physics.

HE0435-1223, located in the centre of this wide-field image, is among the five best lensed quasars discovered to date. The foreground galaxy creates four almost evenly distributed images of the distant quasar around it. 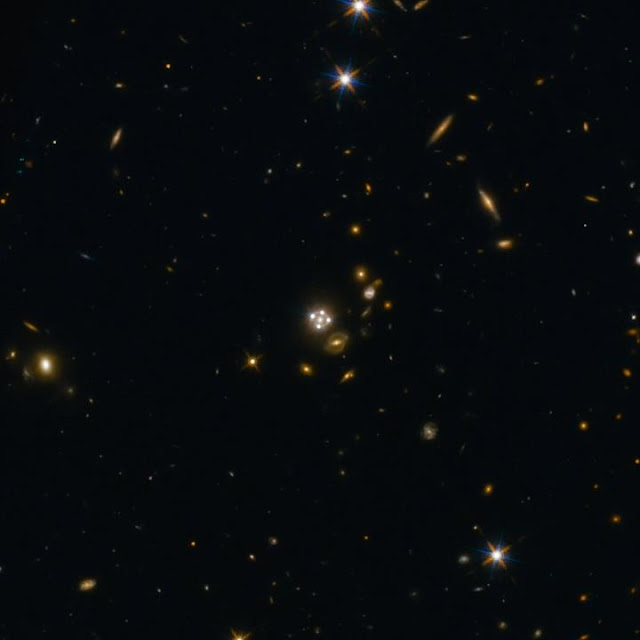 The work is published in five papers in the Monthly Notices of the Royal Astronomical Society.


A history of expansion

The expansion of the Universe, based on the idea that the Universe originated with the Big Bang, was first proposed by the Belgian cosmologist Georges Lemaître. At around the same time, in the late 1920's, the astronomer Edwin Hubble was studying galaxies moving away from the Milky Way, and noticed that those farthest from Earth seemed to be moving faster. What he was actually observing was the Universe expanding, and he set out to calculate its rate. Hubble's observations uncovered a constant that quantified this expansion, and which was later going to be named "the Hubble constant". 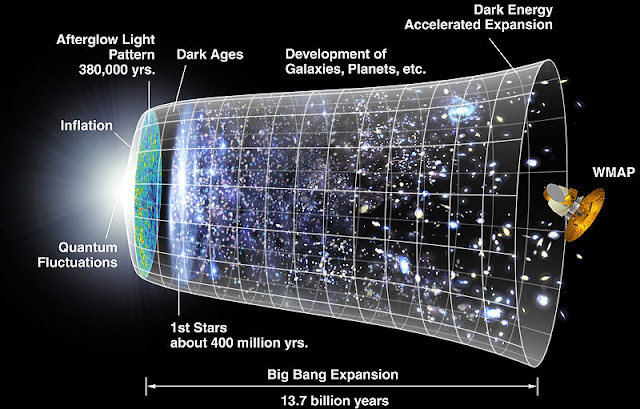 Over the years, measurements of H0 have been refined with ever-improving telescopes and more sensitive measuring tools. These tools include the Hubble telescope, which made measurements on Cepheid stars, a type of extremely bright star that pulsates radially in a predictable way, as well as exploding stars called supernovae. Another way of measuring the rate of the Universe's expansion is to use the cosmic microwave background (CMB): the almost constant background temperature across the universe known as the "afterglow" or "fossil radiation" of the Big Bang.

Quasars: a new measurement for the Hubble constant

The H0LiCOW collaboration has now independently measured the Hubble constant, exploiting a cosmic phenomenon called "gravitational lensing", whereby the enormous mass of galaxies bends spacetime. Galaxies act as lenses that can magnify and distort the normally faint image from objects further away. They can also produce several "lensed" images of the original objects, making them appear multiple. To measure the Hubble constant, the scientists studied the light coming from five quasars seen multiple due to gravitational lensing from foreground galaxies. Quasars are supermassive black holes at the centers of galaxies and radiate huge amounts of electromagnetic energy. 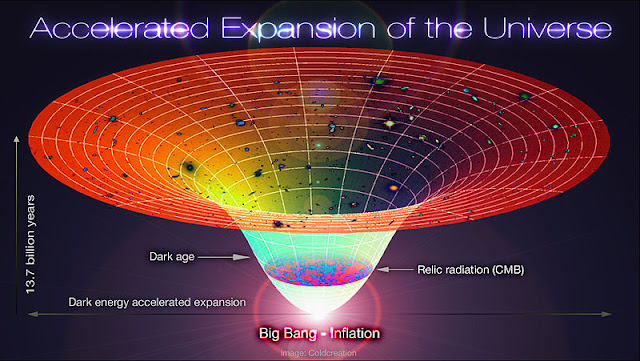 The luminosity of quasars shows random variations over the years resulting in an apparent flickering of their intensity. This flickering is seen delayed in each lensed image of the quasar because the light takes different paths in each image. But the distance that the quasar light travels in each image depends of the expansion of the Universe, set by the Hubble constant. As a consequence, measuring the time-delay between the lensed images of quasars provides a way to determine the Hubble constant. The H0LiCOW collaborators are world leaders in such measurements, notably though their COSMOGRAIL program using mainly the Swiss 1.2m telescope located in the Chilean Andes on the site of the European Southern Observatory.

Using this technique, the Hubble constant is measured with 3.8% accuracy within the framework of the Standard Cosmological Model. This is an independent measurement, since three strongly lensed quasars are enough to provide what the scientists call a standalone, "Time-Delay-Strong-Lensing cosmological probe".

The findings agree with the most recent measurements of the Hubble constant in the local Universe using Cepheids and supernovae. But they also disagree significantly with the much-publicized cosmic microwave background measurements made with the Planck satellite in 2015. "The tension between local and CMB measurements of the Hubble constant is strengthened by the new strong lensing observations," says Frederic Courbin at EPFL's Laboratory of Astrophysics, which is part of H0LiCOW. "The tension can be caused by new physics beyond the Standard Cosmological Model, in particular new forms of dark energy."


The Hubble Space Telescope is a project of international cooperation between ESA and NASA.

This research was presented in a series of papers to appear in the Monthly Notices of the Royal Astronomical Society.