Cosmic Dust That Formed Our Planets Traced to Giant Stars

Scientists have identified the origin of key stardust grains present in the dust cloud from which the planets in our Solar System formed, a study suggests.

Researchers have solved a long-standing puzzle concerning the source of the grains, which formed long before our Solar System and can be recovered from meteorites that fall to Earth.

The stars that produced the dust were identified by observing how key reactions shaped the make-up of the grains, scientists say.

During their lifetime, stars around six times larger than the Sun - called Asymptotic Giant Branch or AGB stars - blow off their outer layers, forming an interstellar cloud of gas and dust grains.

Our Solar System is believed to have formed from such a cloud around 4.6 billion years ago, the team says. While most of the grains were destroyed in the process of making new rocks and planets, a small fraction survived and is present in meteorites.

The chemical composition of the dust grains reveals important clues about the nuclear processes inside stars that led to their formation, the team says. Until now, however, tracing the origin of the grains to AGB stars had proven difficult.

While AGB stars are known to produce vast amounts of dust, the composition of grains recovered from meteorites did not seem to match those expected from these stars, researchers say.

The study solves this puzzle by identifying in the make-up of some meteoritic dust grains the effect of the nuclear reactions that occur in AGB stars.

A team of nuclear physicists found that fusion reactions between protons and a form of oxygen that is heavier than the type we breathe - called 17O - occur twice as often as was previously thought.

The effect of these nuclear reactions is clearly observed in some stardust grains found in meteorites, resolving the mystery of their origin, the team says. 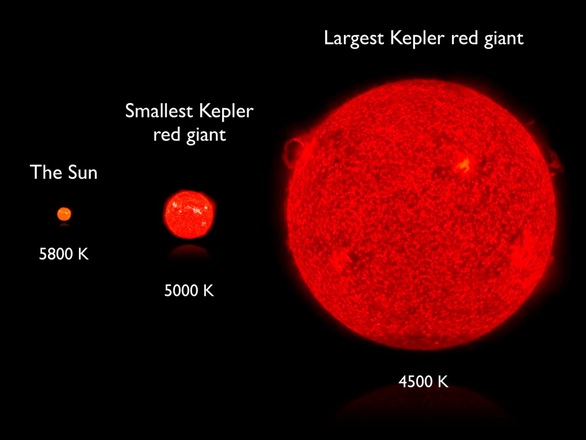 
The discovery was made by an international team of researchers, including scientists at the University of Edinburgh, at an underground laboratory in Italy.

The Laboratory for Underground Nuclear Astrophysics - or LUNA - is located more than 1km beneath the Earth's surface. The facility is hosted by the Italian Institute for Nuclear Physics Gran Sasso Laboratory.

The study is published in the journal Nature Astronomy. The LUNA Collaboration involves around 40 scientists from 14 institutions in Italy, Germany, Hungary and the UK.

Professor Marialuisa Aliotta, of the University of Edinburgh's School of Physics and Astronomy, who led LUNA's UK team, said: "It is a great satisfaction to know that we have helped to solve a long-standing puzzle on the origin of these key stardust grains. Our study proves once again the importance of precise and accurate measurements of the nuclear reactions that take place inside stars."

Dr Maria Lugaro, of Konkoly Observatory, Hungary, who led the study, said: "The long-standing question of the missing dust was making us very uncomfortable: it undermined what we know about the origin and evolution of dust in the Galaxy. It is a relief to have finally identified this dust thanks to the renewed LUNA investigation of a crucial nuclear reaction."

Contacts and sources:
Corin Campbell
University of Edinburgh
on January 30, 2017