Big Brother Will Have Some Difficulty 'Watching You' in the Future

In essence, the research show that sometimes Nature cannot tell the difference between the quantum and the classical (or real) worlds, and that a grey area does exist between the two worlds called classical entanglement.

Nature Physics published,  Monday, 23 January 2017, online the research by a team led by physicists from the School of Physics at Wits University. In their paper titled: Characterising quantum channels with non-separable states of classical light the researchers demonstrate the startling result that sometimes Nature cannot tell the difference between particular types of laser beams and quantum entangled photons.

Atmospheric turbulence is displayed here as a grayscale image for simulation on a spatial light modulator. 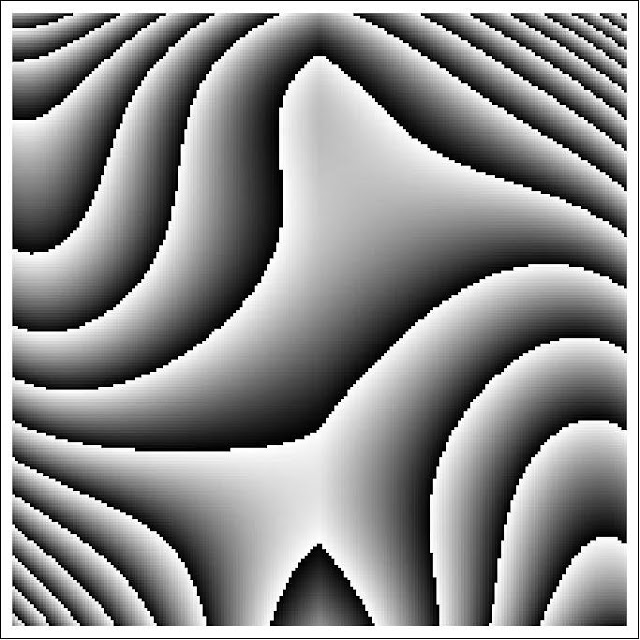 Present communication systems are very fast, but not fundamentally secure. To make them secure researchers use the laws of Nature for encoding by exploiting the quirky properties of the quantum world, such as in the case of the use of Quantum Key Distribution (QKD) for secure communication.

"Quantum" refers to the small, and in the photonics world this means one photon - a single particle of light. The rules of the quantum world are vastly different from that of the classical world, and experiments are traditionally much harder due to the difficulty in handling just a few photons.

"In the classical world our intuition holds true. There are no surprises and experiments can be done with many photons (billions and billions of them), such as laser light," explains Professor Andrew Forbes, team leader of the collaboration and Distinguished Professor in the School of Physics where he heads up the Wits Structured Light Laboratory.

"But not so in the quantum world, where things are never quite as they seem. Here waves sometimes look like particles, particles like waves, and measurements change the properties of the very thing you are trying to measure."

Now researchers have shown that there is a grey area where Nature cannot tell the difference between the classical and the quantum. This opens the possibility of first performing quantum experiments with a type of classical light called "classically entangled" light.


This is an animation of the effects of turbulence on various patterns of light. 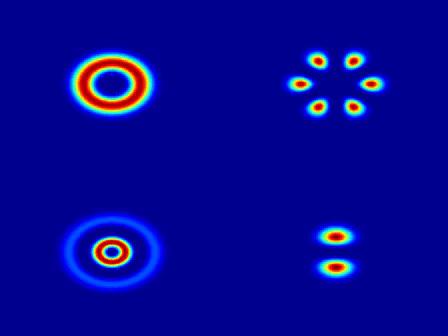 For example, establishing a secure quantum communication link over long distance is very challenging: "Quantum links (as in fibre optics) using patterns of light languish at short distances precisely because there is no way to protect the link against noise (interference from, for instance, fog or a bend in a cable) without detecting the photons. Yet, once they are detected their usefulness is destroyed," says Forbes.

This catch 22 situation has been a seemingly insurmountable obstacle. Now the team has shown that this can be overcome using classical (many photon) light fields, enabling real-time quantum error correction.

By preparing and sending a so-called "classically entangled" beam the team could show that this was identical to sending a quantum state. This means that the observed quantum entanglement decay due to noise in the link can be reversed, paving the way for major advances in secure quantum links in fibre and free-space.

"We showed for the first time that classical light can be used to analyse a quantum link, acting as a direct equivalent to the behavior of the quantum state," says Bienvenu Ndagano, lead author and PhD student at Wits University.

"Not similar, or mimicking, but equivalent. To show this, we exploited a particular type of laser beam, called vector beams, that have the property of being non-separable and sometimes called 'classically entangled'."

Ndagano explains that the quintessential property of quantum entanglement is the non-separability of the state, meaning that one part of the system cannot be separated from the other. "But non-separability is not unique to the quantum world: you can find it in weather maps where the locations on the map and the temperatures at those locations can't be separated."

More intriguingly, classical vector beams have this property too, which the team calls "classically entangled" light.

Says Forbes, "What we asked was: does this mean that classical light can be used in quantum systems - a grey area between the two worlds that we call classical entanglement?".

"The notion of classical entanglement is hotly contested in the physics community with some arguing that it is merely a mathematical construct," says Thomas Konrad (UKZN), co-author on the paper. "This work shows that there is physical meaning to it too, and we offer the first side-by-side data of the equivalence of classical and quantum entanglement".


This is first author and Ph.D. student, Bienvenu Ndagano, in the Structured Lab at Wits University in Johannesburg. 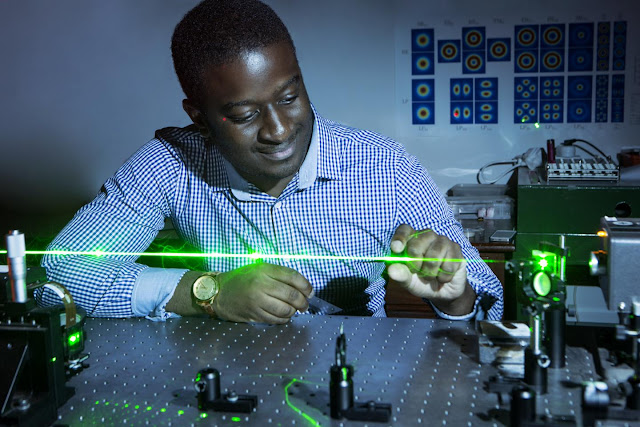 
Previously, to fix an error in the quantum state used for secure communication would mean measuring the photon sent, which in turn would mean losing the information that one was trying to send.

This work allows for long distance quantum links to be established and tested with classically entangled light: as there is no shortage of photons in the classical light, all the measurements needed to fix the errors in the quantum state can be done in real-time without destroying the quantum information.

Thus, real-time error correction is possible as you can run experiments in the classical world that will tell you how to fix the error in the quantum world.

The team are working on packing as much information into photons using patterns of light as a means to encode the information. Since there are an unlimited number of patterns, the amount of information that can be sent securely is also in principle at least, unlimited.

While all patterns are equivalent in terms of information capacity, this work suggests that the choice of pattern also plays an important role in analysing and correcting the errors experienced by passing over the link.

"By working in this grey area between the classical and the quantum we can show fast and secure data transfer over real-world links," says Forbes.


Contacts and sources:
Professor Andrew Forbes
School of Physics
University of the Witwatersrand, Johannesburg
on January 25, 2017