Superfoods from Algae Cultivated Thanks to an Electric Power Station

Algae for a Healthy World” is born, a consortium to produce biocompounds with food applications from microalgae. The seven bodies of which it is comprised - AINIA, the Centre for Biological Research (CSIC-CIB), Endesa, Mar Cristal Marilum, Neoalgae Micro Seaweed Products, Novatec and the University of Cádiz – have met to formalise the commencement of the project, whose aim encompasses the development of the necessary biotechnological tools to improve and to optimise the production of biomass of marine origin.

The consortium, led by Endesa and with the University of Cádiz as technical coordinator, is formed by seven partners from very different backgrounds (each one of them a leader in their field of research), who provide a complementary, multi-disciplinary viewpoint. At the inaugural meeting, the instigators of the project highlighted the aim of the study, this being “to generate new products and to increase the profitability of microalgae cultivation technology on an industrial scale, and to establish Spain as a leader in the production of these bioproducts”. The microalgae biomass market currently generates almost 10,000 tons of dry material yearly, producing a turnover of approximately 1,500 million euros per year on a worldwide level. 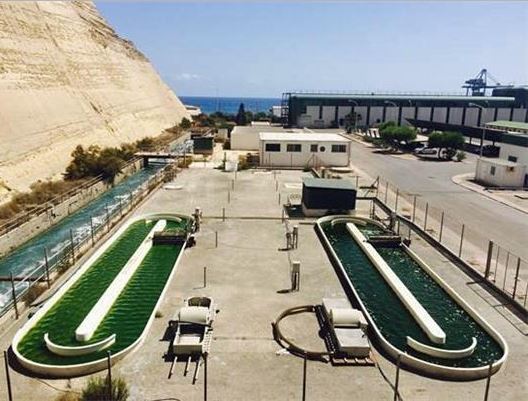 The “Algae for a Healthy World” (A4HW) project has a budget of one million euros for a term of two years, and is co-financed by the European Union via the European Regional Development Fund (FEDER) within the “Cooperation Challenges” programme by the Ministry of Economy, Industry and Competitiveness (specifically, the “Food Safety and Quality Challenge: Productive, Sustainable Farming, Natural Resources, Marine and Maritime Research”).

Furthermore, its aim is also to develop the necessary biotechnological tools for the improvement and optimisation of biomass production, and to further the study of pigments – principally antioxidants - and other value added fractions from various microalgae, concentrating their development on different strains of Spirulina, Nannochloropsis gaditana and Pyrocistis. The results of the project will be validated at the microalgae pilot facility for the sequestration and fixing of CO2 of over 1,500 m2 owned by Endesa since 2006 in Carboneras (Almería) to demonstrate the uses of microalgae and extracts of interest therefrom in the food sector. In spite of the extensive use of Spirulina as a foodstuff, it is paradoxical that the molecular tools required for its improvement have not yet been developed, which provides the consortium with a significant opportunity for scientific and technological positioning.

The Algae for a Healthy World (A4HW) project also aims to move forward in the knowledge of bioluminescence. What we see as a mere light in the sea is a phenomenon occurring in nearly all the organisms living in the seas and oceans, from bacteria to large fish, and which impacts the behaviour and dynamics of the entire system. The research tested by the company Mar Cristal Marilum, championed by the internationally renowned chef from Cádiz Ángel León. Over the past years, the University of Cádiz, headquarters of the International Campus of Excellence of the Sea, has carried out research on the bioluminescent capability of various microalgae, making possible something that until now was as unconceivable as “bringing light to a dish”.

The Centre for Biological Research (CSIC-CIB) will contribute its knowledge in the field of the development of microbiology- and molecular and systems biology-based tools, AINIA will participate as a technological centre specialising in cutting-edge technologies in the food sector, Neoalgae and Novatec as industrial partners, the first being an expert in filling the gap existing between laboratory scale and industrial processes in the field of application of microalgae, and the second, as an engineering and development company, will execute the designs of the photobioreactors, the harvesting systems and the control systems to optimise microalgae production.

Two thousand years since the first culinary use of algae

The first use of microalgae by humans dates from about 2,000 years ago, in China, where the cyanobacteria Nostoc was used as food in times of famine. There is also evidence of their use as human food in the Phoenician, Egyptian, Mayan and Aztec cultures. However, microalgal biotechnology really began to develop in the middle of the last century, it being cultivated at first as a source of high-value compounds.

Currently, the algae products marketed are few and far between, and the microalgae cultivated for these purposes are likewise scarce. However, microalgae naturally accumulate compounds of commercial value in the food industry and even the fuel industry, although along the latter pathway the results achieved in prior projects have not been as expected. According to officials at the University of Cádiz, the technical coordinator of the project, making the microalgae accumulate one type or another of biomolecule lies essentially in the exhaustive knowledge of the biochemical synthesis pathways of the compounds of interest and of the factors which regulate them. The chemical composition of the microalgae is not an intrinsically constant factor, but varies over a wide range in accordance with the different cultivation factors such as temperature, light (intensity, wavelength and photoperiod), pH of the medium, supply of CO2, concentration and type of nutrients, source and concentration of nitrogen, salinity and growth phase.

Variations in these factors, according to the species of microalgae used, has an impact both on the gross biochemical composition of a species and on the amino acid structure and concentration, likewise on the disposition of lipids, the degree of unsaturation of the fatty acids or the vitamin content. Furthermore, variations in the process for obtaining the biomass and the time of harvest can also modify their structure and composition.