Norwegian researchers are looking into how a snake robot might carry out maintenance work on the International Space Station (ISS), study comets, and explore the possibility of living and working in lava tunnels on the Moon.

Three years ago SINTEF was investigating whether snake robots could help astronauts working on Mars with mobility and access. As part of a project commissioned by the ESA, researchers are to continue with this work and are carrying out a preliminary study to examine the technology and other opportunities for utilising robots in space.

ESA think it might be possible to establish a permanent base on the moon. This can happen in tunnels, in which there have been lava in the past. Snake robots can explore the possibilities further. 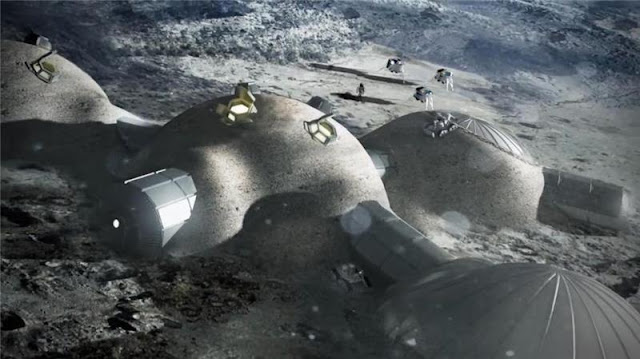 "More ambitious applications include potential activities on comets and the Moon", says Aksel Transeth at SINTEF. "But right now, the most realistic projects are looking into how snake robots can assist ISS astronauts in maintaining their equipment.


It is almost 50 years since the first men walked on the surface of the moon. The ESA believes that humanity's next great step may be a joint global project aimed at establishing a settlement on the Moon – a "moon village". Such a settlement could provide a permanent base for scientific activity, business, tourism or mining, and the most likely place for such a base will be in lava tubes, or tunnels, where molten rock once flowed.[faktaboks="1" stillopp="hoyre" storrelse="liten"/]

Building in lava tubes will mean that settlers will be protected from harmful exposure to cosmic radiation and meteorites.

However, such tunnels must be inspected to ensure that it is possible for people to live and work in them, and this is where the snake robots may have a role to play. The force of gravity is weaker on the Moon. Moreover, lava tubes may drop vertically from the surface. So how will it be possible to facilitate access and mobility?

The ESA is also interested in studying comets. Since comets come from the far reaches of outer space, researchers are hoping to uncover some of the mysteries of the solar system, and to obtain help in forming a picture of what it looked like before the planets were formed.

In 2004, the ESA launched the Rosetta space probe, and in 2014 the probe released the Philae lander onto the comet 67P/Tsjurjumov–Gerasimenko. The lander was equipped with a system of harpoons designed to hold it in place on landing. Unfortunately, this failed to work.

Inspection and maintenance on the ISS

But for today's SINTEF researchers, it's the snake robots on the ISS that represent their most natural and realistic project. There are no problems with extreme temperatures on the ISS, which is occupied at all times.

Astronauts carry out experiments sent to them in boxes by their colleagues on Earth, and these experiments have to be carried out in a state of weightlessness. For example, what plants can grow in space? How do wounds heal in such surroundings?

These are the astronauts' main tasks, but they also have their work cut out inspecting and maintaining all the equipment needed to keep the space station in operation. Anything that saves them time during their hectic schedule is worth its weight in gold.

"It's possible that a robot could carry out much of the routine inspection and maintenance work", says Transeth. "The experiments are stacked in the shelf sections, behind which corrosion can occur. To find this out, inspections have to be made. A snake robot could creep behind the sections, carry out an inspection, and perhaps even perform small maintenance tasks", he says.

Rolls up, creeps and extends

There is no shortage of challenges facing researchers attempting to develop an inspection and maintenance snake robot system. One important factor is to find out how a snake robot can make its way around the ISS. Since the ISS is in a constant state of freefall around the earth, astronauts "float" around the station, moving around by grabbing onto things and then pushing themselves off.

"We believe that we can design a robot that can hold on, roll itself up and then extend its body in order to reach new contact points", explains Transeth. "Moreover, we believe that it can creep in among equipment components on the ISS and use equipment surfaces to gain traction in order to keep moving forward – much in the same way as real snakes do in the wild", he says.

"We want to find out what specifications a snake robot system requires", he adds. "For example, what kind of sensors does the robot need to obtain an adequate understand its surroundings? What technologies are available to help us meet these needs, and what new technologies will have to be developed? What uncertainties are involved in terms to what it may be possible to achieve?" asks Transeth.

A drone called Astrobee will soon be flying around and making inspections on the ISS. The researchers believe that they can learn a lot from Astrobee because some of its technology will be similar to that which can be applied in a snake robot system.