Scientists from Moscow Institute of Physics and Technology  (MIPT), the Institute for Nuclear Research (INR) of the Russian Academy of Sciences, and Novosibirsk State University (NSU) have discovered that the proportion of unstable particles in the composition of dark matter in the days immediately after the Big Bang was no more than 2%-5%. Their study has been published in Physical Review D.

"The discrepancy between the cosmological parameters in the modern Universe and the Universe shortly after the Big Bang can be explained by the fact that the proportion of dark matter has decreased. We have now, for the first time, been able to calculate how much dark matter could have been lost and what the corresponding size of the unstable component would be," says a co-author of the study academician Igor Tkachev, Head of the Department of Experimental Physics at INR and a lecturer at MIPT's Department of Fundamental Interactions and Cosmology.

The discrepancy between the cosmological parameters in the modern Universe and the Universe shortly after the Big Bang can be explained by the fact that the proportion of dark matter has decreased. The authors of the study could calculate how much dark matter could have been lost and what the corresponding size of the unstable component would be. Researchers may explore how quickly this unstable part decays and say if dark matter is still disintegrating. 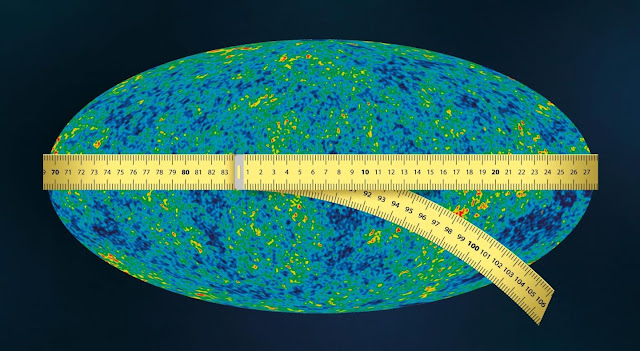 Astronomers first suspected that there was a large proportion of "hidden mass" in the Universe back in the 1930s, when Fritz Zwicky discovered "peculiarities" in a cluster of galaxies in the constellation Coma Berenices - the galaxies moved as if they were under the effect of gravity from an unseen source. This hidden mass that does not manifest itself in any way, except for a gravitational effect, was given the name dark matter. According to data from the Planck space telescope, the proportion of dark matter in the Universe is 26.8%, the rest is "ordinary" matter (4.9%) and dark energy (68.3%).

The nature of dark matter remains unknown, however, its properties could potentially help scientists to solve the problem that arose after studying observations from the Planck telescope. This device accurately measured the fluctuations in the temperature of the cosmic microwave background radiation - the "echo" of the Big Bang. By measuring these fluctuations, the researchers were able to calculate key cosmological parameters using observations of the Universe in the recombination era - approximately 300,000 years after the Big Bang.

"However, it turned out that some of these parameters, namely the Hubble parameter, which describes the rate of expansion of the Universe, and also the parameter associated with the number of galaxies in clusters vary significantly with data that we obtain from observations of the modern Universe, by directly measuring the speed of expansion of galaxies and studying clusters. This variance was significantly more than margins of error and systematic errors known to us. Therefore we are either dealing with some kind of unknown error, or the composition of the ancient Universe is considerably different to the modern Universe," says Tkachev.

The discrepancy can be explained by the decaying dark matter (DDM) hypothesis, which states that in the early Universe there was more dark matter, but then part of it decayed.

The concentration of the unstable component of dark matter F against the speed of expansion of non-gravitationally bound objects (proportional to the age of the Universe) when examining various combinations of Planck data for several different cosmological phenomena. 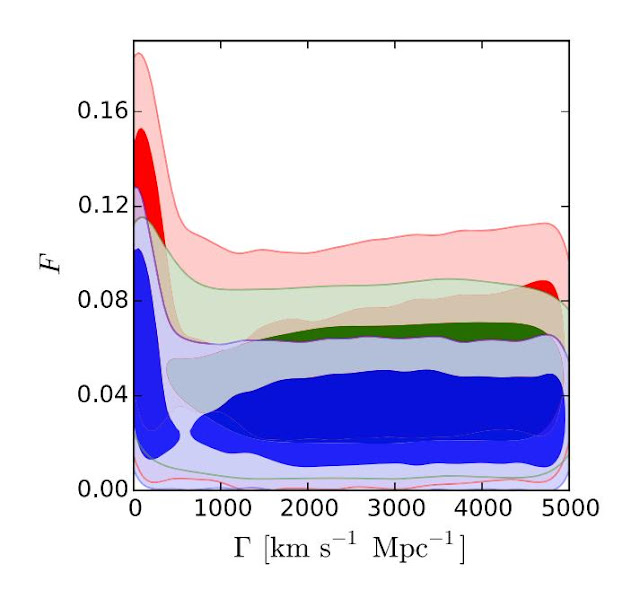 "Let us imagine that dark matter consists of several components, as in ordinary matter (protons, electrons, neutrons, neutrinos, photons). And one component consists of unstable particles with a rather long lifespan: in the era of the formation of hydrogen (hundreds of thousands of years after the Big Bang) they are still in the Universe, but by now (billions of years later) they have disappeared, having decayed into neutrinos or hypothetical relativistic particles. In that case, the amount of dark matter in the era of hydrogen formation and today will be different," says the lead author of the research, Dmitry Gorbunov, a professor at MIPT and staff member at INR.

The authors of the study, Igor Tkachev, Dmitry Gorbunov, and Anton Chudaykin from IRN, MIPT and NSU analyzed Planck data and compared them with the DDM model and the standard ΛCDM (Lambda-Cold Dark Matter) model with stable dark matter. The comparison showed that the DDM model is more consistent with the observational data. However, the researchers found that the effect of gravitational lensing (the distortion of cosmic microwave background radiation by a gravitational field) greatly limits the proportion of decaying dark matter in the DDM model.

Using data from observations of various cosmological effects, the researchers were able to give an estimate of the relative concentration of the decaying components of dark matter in the region of 2% to 5%.

"This means that in today's Universe there is 5% less dark matter than in the recombination era. We are not currently able to say how quickly this unstable part decayed; dark matter may still be disintegrating even now, although that would be a different and considerably more complex model," says Tkachev.