Michigan State University scientists have engineered "molecular Velcro" into to cyanobacteria, boosting this microalgae's biofuel viability as well as its potential for other research.

The findings, featured in the current issue of ACS Synthetic Biology, show how MSU researchers have designed a surface display system to attach cyanobacteria, also known as blue-green algae, to yeast and other surfaces. The proof-of-concept may improve the efficiency of harvesting algae as well as open avenues to improve the construction of artificial microbial communities for sustainable biofuel production or other industrial projects.

"Inadequate cyanobacterial toolkits limited our ability to come up with biological solutions," said Derek Fedeson, MSU graduate student and the study's co-lead author. "So, we wanted to add another tool to the toolbox to expand the capacity of these bacteria, which can harness solar energy for the production of useful compounds." 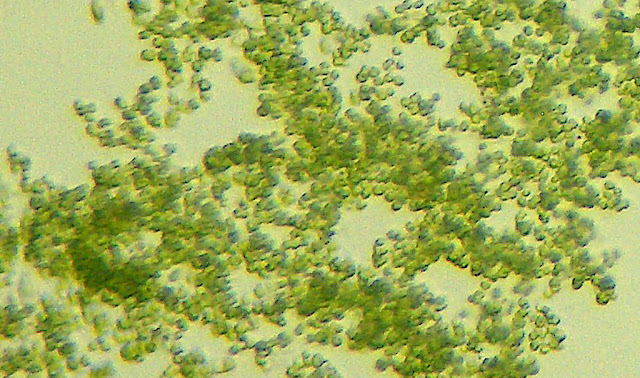 In the study, the team focused on surface proteins of cyanobacteria to enable it to bind to specifically engineered surfaces. One of these was a strain of yeast that has a molecular hook on its surface.

Fedeson engineered the bacteria to produce a "loop" on its surface - something to bind the hooks to tether cyanobacteria. While this task was completed quickly, getting yeast to stick to algae when they bumped into each other took much longer.

"There were unknown structures that kept the yeast from adhering to the cyanobacteria," Fedeson said. "The loops on the surface appeared to be working, yet the cyanobacteria wouldn't stick. It seemed that there was a 'forest' of mysterious extracellular materials was blocking access to the cell surface."

To clear the way, it was important to first identify the molecular trees that were blocking the surface. The eureka moment came when the team added EDTA, a claw-like molecule sometimes used to treat lead poisoning. It loosened the bonds between the surface proteins, allowing them to be removed and identified.

Fedeson then worked to identify the genes responsible for encoding the trees. Once the genes were removed, the yeast were able to land and, like Velcro, connections were made via multiple loops and hooks, establishing a secure bond. Indeed, the researchers were able to show that a similar approach could be used to attach cyanobacteria to a variety of targets, biological or not. 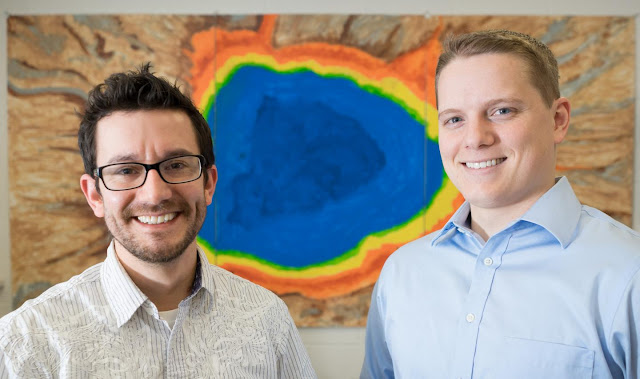 This work has implications that go beyond merely making a "sticky bacteria". Cyanobacteria are powerful microbes at efficiently harnessing sunlight. A few years ago Danny Ducat, MSU assistant professor in the MSU-DOE Plant Research Laboratory and the study's senior author, bioengineered a high sugar-producing cyanobacteria that could potentially outproduce sugarcane - the most productive plant crop - by five to ten times.

Yet one of the biggest stumbling blocks preventing cyanobacteria and other microalgae from playing a larger role in biofuels is that separating these microscopic cells and recovering the sugar - or fuel - is costly and energy intensive.

"By changing the surface technology, we've proven that we can program these cyanobacteria for new interspecies and intercellular interactions," Ducat said. "In terms of biofuels, engineered cyanobacteria strains could greatly reduce the high production costs by opening up new avenues for harvesting cellular biomass. For example, we can genetically program these cells to recognize and stick to specific materials, reducing the need for specialized and expensive centrifuges or filters."

Demonstrating that microalgae can be improved through advancing surface display technology allows them to be part of more research solutions as well. For example, the lab currently is investigating how to build artificial communities of microbes that work together towards a common goal. In one project, the cyanobacteria act as the solar panel for the community, collecting sunlight and converting the energy into sugars. Other microbes, such as yeast, can consume these sugars to produce useful compounds, including fuels.

Future studies will explore how to improve the surface display and make the process more efficient.