Millions of Tons of Food Could Be Saved with Better Logistics

Each year, around 88 million tonnes of food is discarded in the EU. This is something that Kristina Liljestrand, researcher at Chalmers University of Technology, wants to do something about. She is now giving companies in the food supply chain specific tools that can reduce both food waste and the environmental impact of food transport.

It is hard to grasp the true scale of food waste in Europe. In 2012, the costs associated with food waste in the EU were estimated at around 143 billion euros.

“The amount of food that is thrown away nowadays is incredible. Most food waste comes from consumers, but the amount lost in the logistics systems comes in a close second. By tweaking the logistics systems, we can ensure that the food maintains good quality and lasts as long as possible when it reaches the store,” says Kristina Liljestrand. 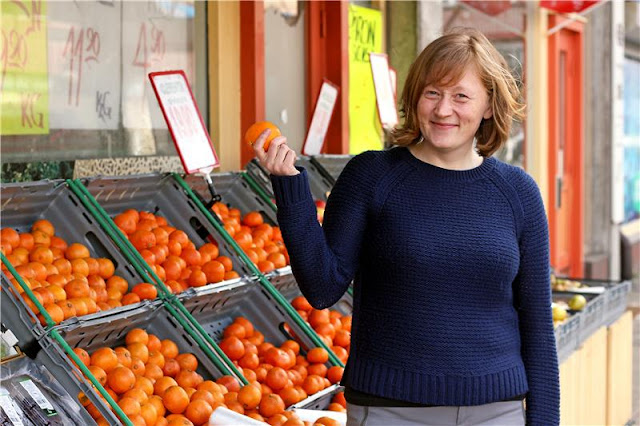 This is where Kristina Liljestrand's research comes into play. She holds a PhD from Chalmers University of Technology in Sweden. In recent years, she has figured out how companies in the food supply chain can work to reduce their environment impact in terms of both food waste and emissions from transports.

Her work is unique in many ways since logistics improvement actions to combat the waste problem is a relatively unexplored area. There is no overview of ways that the companies in the supply chain can reduce waste – but this is something that Liljestrand delivers in her doctoral thesis.

“The logistics systems are what bind everything together, from production of the food products to the products sitting on the store shelves. We need to understand how to work here to reduce food waste,” she says.

Through an extensive study among Swedish producers, wholesalers and retailers, she has identified nine improvement actions.

“I describe the improvement actions, the logistics activities, and what players are involved. The compilation can be seen as a buffet for those who want to work to reduce food waste,” she says.

An important conclusion is that collaboration throughout the food supply chain is crucial.

“Several stages of the food chain are involved when it comes to waste, making it hard for a single company working alone to reduce it. Collaboration is necessary to create effective systems that span from beginning to end so that the food products reach the stores in time,” she says.

In the second part of her research, Liljestrand reviewed how the environmental impact from transports in the food logistics system can be reduced. By looking at aspects such as load factor (how well the space in/on pallets, crates and trucks is utilized) and the proportion of intermodal transports (where road transport is combined with rail or sea transport), she identified which shipments are most effective to work with, and the best way of doing this.

This resulted in two frameworks that provide great help in the quest to reduce transport emissions.

“Many logistics systems are extremely large and complex, and it can be hard to know where to begin. The frameworks that I developed give companies tools that enable them to see what factors in their logistics systems affect transport emissions,” she says.

Liljestrand has also incorporated an economic perspective in that her research also shows what savings can be made through the various measures. One thing is clear – there is money to be made by increasing the load factor and focusing more on intermodal transport.

“If you work to reduce environmental impact, you often also reduce your costs,” she says.

In 2012, the estimated amount of food waste in the EU was 88 million tonnes (including both edible food and inedible parts associated with food). This equates to 173 kilograms of food waste per person, and it means that we are wasting about 20 percent of the total food produced.

The processing sector, together with the wholesale and retail sector, accounted for 24 percent of the total amount of food waste in 2012.

Contacts and sources:
Chalmers University of Technology
on December 31, 2016