Male bumblebees leave home and fly away without looking back, making no effort to remember the location of the nest, researchers at the University of Exeter have found.

When leaving a newly discovered flower, male bumblebees perform a characteristic “learning” flight during which they turn back and look at the flower so they can find it again.

But they make no such effort when leaving home to begin their bachelor life as solitary adults. 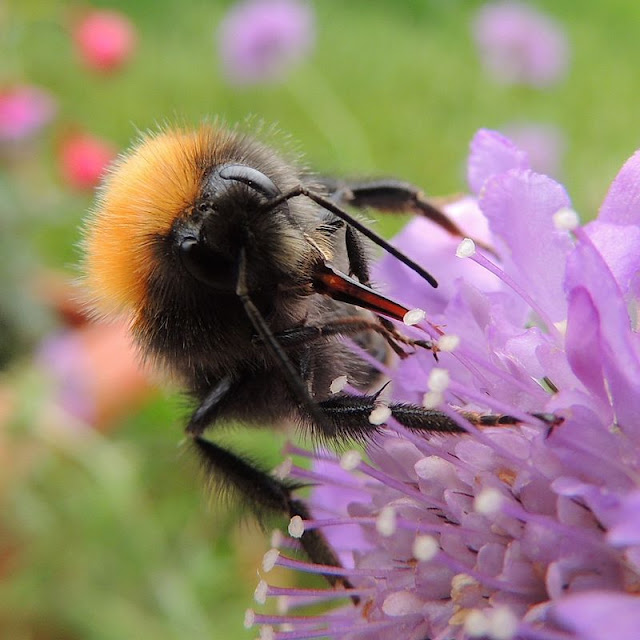 In contrast, female worker bumblebees, which sustain a growing colony, return to the nest with nectar and pollen and are well known to perform learning flights and memorise the locations of both their nest and the flowers at which they forage.

Exeter PhD student Théo Robert, who discovered this behaviour, said: “Out of curiosity I placed a male on a feeder and found that its departure flight looked surprisingly similar to that of bumblebee workers.

“I was intrigued by this observation, and so we recorded more flights of male bees to understand whether they are capable of performing learning flights, but decide to do it only at locations that are important to them.”

Senior author Dr Natalie Hempel de Ibarra, of the University of Exeter, said: “It will be interesting to understand what neural differences may underlie the sex-specific behaviour of males and females.

“Female bees have a rich behavioural repertoire that is widely studied, while the behaviour of males is less studied and is therefore sometimes held to be simpler.

“In fact, male bumblebees have to do more than just mate after they have left their natal nest.

“To avoid breeding with sisters or cousins, it is best for male bumblebees to travel far from their nest, often as much as six miles (10km), and not return.

“After this migration, the males live as solitary foragers, and as a group they are significant pollinators.

“Finding queens to mate with is not easy. Darwin found that to do so the males patrol stable routes.

“They learn these routes and deposit pheromones on plants along the way to attract females.

“There is still much for us to learn about their lives."

The research, funded by the Leverhulme Trust, was carried out in greenhouses on the University of Exeter’s picturesque Streatham Campus and is published in the Journal of Experimental Biology.

Contacts and sources:
University of Exeter
on December 27, 2016