Future ‘Smart Cities’ Should be Super-Connected, Green and Resilient

When Superstorm Sandy lashed New Jersey in 2012, Narayan B. Mandayam lost power in his East Brunswick home for five days.

The power outage also affected cellular service in his area when backup generators that powered the cell towers went down.

Sandy sparked the Rutgers professor’s interest in helping to engineer smart cities, where everything is connected; renewable energy, green infrastructure and sustainability reign; and resilience after breakdowns, disasters and malicious attacks is critical.

“A smart city is where every device, every entity and every object can connect for whatever the needs,” said Mandayam, a distinguished professor who chairs the Department of Electrical and Computer Engineering in the School of Engineering. “Wireless connectivity is the glue that holds everything together, and the bottom line is to improve the quality of life in cities and quality of the planet.” 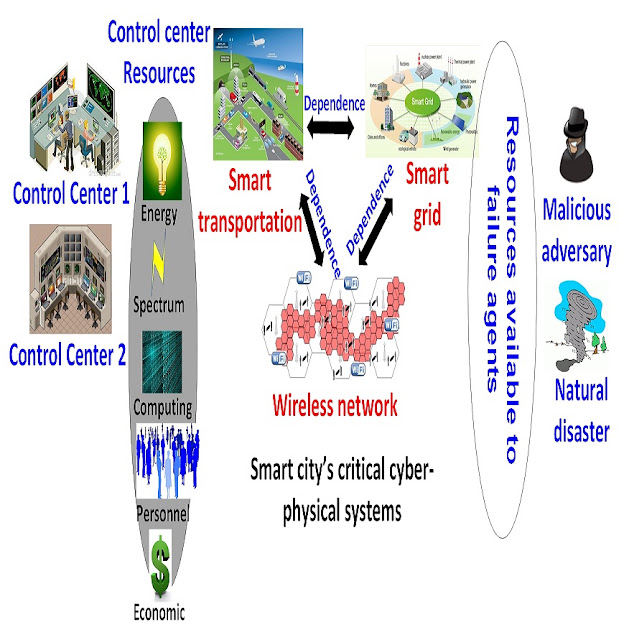 His research on smart cities is being conducted with Janne Lindqvist, an assistant professor of electrical and computer engineering and expert on human-computer interaction, and Arnold Glass, a professor of cognitive psychology in the School of Arts of Sciences. They’re one year into a four-year, $916,000 National Science Foundation (NSF) grant through the Critical Resilient Interdependent Infrastructure Systems and Processes (CRISP) project. Virginia Tech and Florida International University researchers have related NSF grants.

One of the challenges is to try to isolate failures, which can spread from one infrastructure to others. Protecting smart cities from failures and damage requires making critical infrastructures resilient and reallocating resources toward recovery efforts, said Mandayam, associate director of Rutgers’ Wireless Information Network Laboratory (WINLAB).

Psychology plays a key role because you must account for how you influence people’s behavior and how people’s behavior influences the design of a smart city. The goal is to nudge people to behave better and make the right choices, leading to sustainability, and how you frame questions or make proposals is important, Mandayam said.

“Understanding how people behave is integral to a smart city and that’s why the project is interesting on so many levels,” he said.

The Rutgers project dovetails with a 2015 smart cities initiative launched by the Obama administration. The initiative is to feature more than $160 million in research projects and will promote technology collaborations to help communities tackle key challenges. They include reducing traffic congestion, fighting crime, fostering economic growth, managing the effects of climate change and improving city services. That will require securely harnessing data, research and low-cost sensors to ensure safety and privacy, according to a White House statement.

With urban areas already harboring 54 percent of the 7.3 billion people on Earth, rising population and urbanization will add another 2.5 billion to them by 2050, the White House says.

“I think there are a lot of efforts around the world to foster smart cities,” Mandayam said. “Pieces or portions of cities perhaps are smart now. Some homes, for instance, have smart thermostats that increase energy efficiency. But the question is whether you can put all the pieces together holistically.”

Clean, renewable energy sources, such as solar and wind power, must be used in smart cities. And people need to sell unused energy back to the grid, he said.

“If I have a fully charged battery in my electric car and I can charge it when I get home tonight, why not sell some of the electricity back to the grid?” he asked. “The question is how to encourage people to participate.”

Based on the time of day, different prices for energy and various services can influence behavior and conserve energy and other resources. Cell towers could be powered down during hours with low demand, Mandayam noted.

“To make a smart city happen, a tremendous amount of investment in infrastructure will be needed, but the benefits will likely far outweigh the costs,” he said. “It scares me when I try to imagine what it would mean for congestion, pollution and all the detrimental effects we have on the environment and quality of life if we don’t start doing things to mitigate them.”