If you've ever searched for ways to curb your car's gas-guzzling appetite, you've probably heard that running on cruise control can help reduce your trips to the pump. How? Cars, it turns out, are much better than people at following what control systems experts call a setpoint--in this case, a set speed across different terrain. But they could be even better. Calling upon a branch of mathematics known as fractional calculus, a team of researchers has developed a new setpoint-tracking strategy that can improve the response time and stability of automated systems--and not just those found in your car. 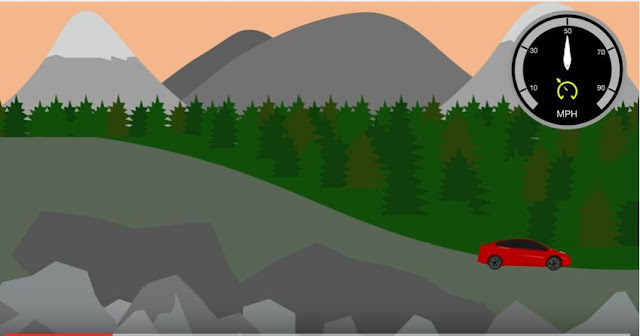 One popular method for tracking setpoints is to use what's known as a setpoint filter. A setpoint filter helps solve the problem of under- or overshooting a far-away target. Blast furnaces, for example, have to go from room temperature to precisely thirteen hundred degrees to infuse iron with carbon to make steel.

Some temperature controllers may overshoot as they quickly try to reach that temperature. Adding a setpoint filter smooths the path to make sure the furnace reaches the target temperature without going over. The problem, of course, is that it takes longer to get there. That's where fractional calculus comes in.

Compared with classical (or integer-order) calculus, which forms the mathematical basis of most control systems, fractional calculus is better equipped to handle the time-dependent effects observed in real-world processes. These include the memory-like behavior of electrical circuits and chemical reactions in batteries. By recasting the design of a setpoint filter as a fractional calculus problem, researchers created a filter that could not only suppress overshooting but also minimize the response time of a virtual controller.

A side-by-side comparison showed that their fractional filter outperformed an integer-order filter, tracking the complex path of a given setpoint more closely.

One drawback of this fractional design is that it's difficult to incorporate into existing automated systems, unlike integer-order filters, which are generally plug-and-play. But as the world of automation becomes increasingly complex, fractional filters may ultimately set the new standard for controlling everything from robotics and self-driving cars to medical devices.