A distinctive neural signature found in the brains of people with dyslexia may explain why these individuals have difficulty learning to read, according to a new study from MIT neuroscientists.

The researchers discovered that in people with dyslexia, the brain has a diminished ability to acclimate to a repeated input — a trait known as neural adaptation. For example, when dyslexic students see the same word repeatedly, brain regions involved in reading do not show the same adaptation seen in typical readers.

Researchers have discovered that in people with dyslexia the brain has a diminished ability to acclimate to a repeated input — a trait known as neural adaptation. 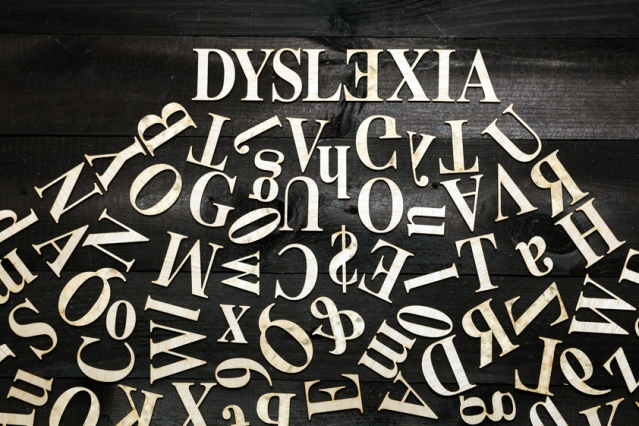 This suggests that the brain’s plasticity, which underpins its ability to learn new things, is reduced, says John Gabrieli, the Grover M. Hermann Professor in Health Sciences and Technology, a professor of brain and cognitive sciences, and a member of MIT’s McGovern Institute for Brain Research.

“It’s a difference in the brain that’s not about reading per se, but it’s a difference in perceptual learning that’s pretty broad,” says Gabrieli, who is the study’s senior author. “This is a path by which a brain difference could influence learning to read, which involves so many demands on plasticity.”

Former MIT graduate student Tyler Perrachione, who is now an assistant professor at Boston University, is the lead author of the study, which appears in the Dec. 21 issue of Neuron.

The MIT team used magnetic resonance imaging (MRI) to scan the brains of young adults with and without reading difficulties as they performed a variety of tasks. In the first experiment, the subjects listened to a series of words read by either four different speakers or a single speaker.

The MRI scans revealed distinctive patterns of activity in each group of subjects. In nondyslexic people, areas of the brain that are involved in language showed neural adaption after hearing words said by the same speaker, but not when different speakers said the words. However, the dyslexic subjects showed much less adaptation to hearing words said by a single speaker.

Neurons that respond to a particular sensory input usually react strongly at first, but their response becomes muted as the input continues. This neural adaptation reflects chemical changes in neurons that make it easier for them to respond to a familiar stimulus, Gabrieli says. This phenomenon, known as plasticity, is key to learning new skills.

“You learn something upon the initial presentation that makes you better able to do it the second time, and the ease is marked by reduced neural activity,” Gabrieli says. “Because you’ve done something before, it’s easier to do it again.”

“The brain location changed depending on the nature of the content that was being perceived, but the reduced adaptation was consistent across very different domains,” Gabrieli says.

He was surprised to see that this effect was so widespread, appearing even during tasks that have nothing to do with reading; people with dyslexia have no documented difficulties in recognizing objects or faces.

He hypothesizes that the impairment shows up primarily in reading because deciphering letters and mapping them to sounds is such a demanding cognitive task. “There are probably few tasks people undertake that require as much plasticity as reading,” Gabrieli says.

In their final experiment, the researchers tested first and second graders with and without reading difficulties, and they found the same disparity in neural adaptation.

“We got almost the identical reduction in plasticity, which suggests that this is occurring quite early in learning to read,” Gabrieli says. “It’s not a consequence of a different learning experience over the years in struggling to read.”

Guinevere Eden, a professor of pediatrics and director of the Center for the Study of Learning at Georgetown University Medical Center, described the study as “groundbreaking.”

“For children with dyslexia, we know that the brain looks different in terms of anatomy and function, but we have not been able to establish why,” says Eden, who was not involved in the research. “This study makes an important step in that direction: It gets to the true characteristics of the properties of the neurons in these brain regions, not just their outward appearance.”

Gabrieli’s lab now plans to study younger children to see if these differences might be apparent even before children begin to learn to read. They also hope to use other types of brain measurements such as magnetoencephalography (MEG) to follow the time course of the neural adaptation more closely.

The research was funded by the Ellison Medical Foundation, the National Institutes of Health, and a National Science Foundation Graduate Research Fellowship.