Capsaicin, an active ingredient of pungent substances such as chilli or pepper, inhibits the growth of breast cancer cells. This was reported by a team headed by the Bochum-based scent researcher Prof Dr Dr Dr habil Hanns Hatt and Dr Lea Weber, following experiments in cultivated tumour cells. In the journal “Breast Cancer – Targets and Therapy”, the researchers from Ruhr-Universität Bochum presented their findings together with colleagues from the Augusta clinics in Bochum, the hospital Herz-Jesu-Krankenhaus Dernbach and the Centre of Genomics in Cologne.

The experiments were carried out with the SUM149PT cell culture, a model system for a particularly aggressive type of breast cancer, i.e. the triple-negative type. Chemotherapy is currently the only available treatment for this type of cancer. 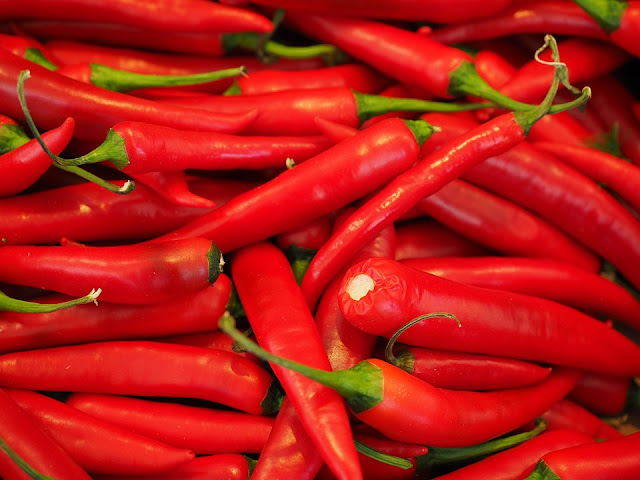 In the cultivated cells, the team detected a number of typical olfactory receptors. One receptor occurred very frequently; it is usually found in the fifth cranial nerve, i.e. the trigeminal nerve. It belongs to the so-called Transient Receptor Potential Channels and is named TRPV1. That receptor is activated by the spicy molecule capsaicin as well as by helional – a scent of fresh sea breeze.

In collaboration with Dr Gabriele Bonatz from the Augusta clinics in Bochum (Brustzentrum), Hatt’s team confirmed the existence of TRPV1 in tumour cells in nine different samples from patients suffering from breast cancer.

The researchers activated the TRPV1 receptor in the cell culture with capsaicin or helional, by adding the substances to the culture for a period of several hours or days. As a result, the cancer cells divided more slowly. Moreover, the treatment caused tumour cells to die in larger numbers. The surviving cells were no longer able to move as quickly as heretofore; this implies that their ability to form metastases in the body was impeded.

“If we could switch on the TRPV1 receptor with specific drugs, this might constitute a new treatment approach for this type of cancer,” says Hanns Hatt. An intake via food or inhalation is insufficient for this purpose.

Earlier studies had demonstrated that the chemical arvanil – with a chemical make-up similar to that of the spicy molecule capsaicin – was effective against brain tumours in mice; it reduces tumour growth in the animals. Due to its side effects, however, this substance is not approved for humans. In addition to capsaicin and helional, the endovanilloids, produced naturally in the body, also activate the TRPV1 receptor.

Contacts and sources:
Ruhr-Universitaet-Bochum
on December 21, 2016