A Genetic Key for Sperm Production?

Sperm are constantly replenished in the adult male body. Understanding the workings of stem cells responsible for this replenishment is expected to shed light on why male fertility diminishes with age, and possibly lead to new treatments for infertility.

"So-called Myc genes play an important role in stem cells' ability to self-renew," explains Kyoto University's Takashi Shinohara, who is interested specifically in spermatogonial stem cells (SSCs), which are responsible for producing sperm. Shinohara adds that SSCs are unique, because they are "the only stem cells that transmit genetic information to offspring."

In a new report in Genes & Development, the Shinohara lab demonstrates how the Myc gene regulates the self-renewal of mouse SSCs, via a process of glycolysis control. Glycolysis is a key part of cells' energy-making mechanism.

Finding a genetic key for sperm-producing stem cells in mice. 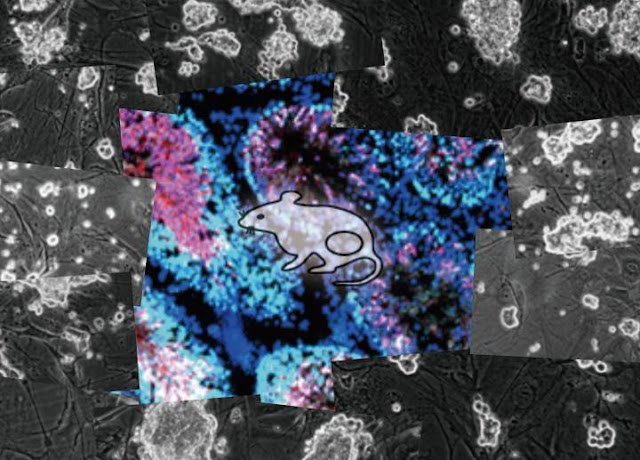 The scientists injected two types of SSCs into mouse testes: normal cells in some, and Myc gene-suppressed in others. Two months later, they found that the total number of abnormal SSCs was far fewer than normal ones. Gene analysis showed that the capacity for self-renewal had been compromised, with possibly important implications for sperm production in these mice.

"We found changes in the expression of genes that would slow the cell cycle," says Shinohara.

In other words, suppressed SSCs could self-renew, but at a slower than normal rate. Further study showed that this diminished rate was accompanied by impaired glycolysis, suggesting that the cells were not generating sufficient energy.

"A difference in glycolysis could explain natural differences in SSC self-renewal between mice," elaborates Mito Kanatsu-Shinohara, first-author of the paper. "DBA/2 and B6 are two mouse types in which SSCs are know to self-renew at different rates."

Further experiments confirmed that glycolysis was more active in the cells of DBA/2 mice. Moreover, isolating cells from B6 mice and treating them with certain chemicals that enhanced glycolysis could increase the proliferation rate to levels comparable with DBA/2.

"These findings could have important implications for infertility research in the future," says Shinohara. "Stimulating the metabolism of SSCs could improve their proliferation. However, more careful study of the molecular pathways is necessary."