College can be a stressful time for young adults as they figure out how to manage intense daily routines that include work, study and play. Eat well, exercise and get plenty of sleep is a familiar man

tra to alleviate this stress, but now with the results of his latest study, UNM Nutrition Professor Peter Pribis is able to tell college students that walnuts could be a key to a happier state-of-mind.

In this first intervention study in humans, Pribis measured the effect of walnut consumption on mood.

"In the past, studies on walnuts have shown beneficial effects on many health outcomes like heart disease, diabetes and obesity," said Pribis. "Our study was different because we focused on cognition, and in this controlled randomized trial (CRT) we measured mood outcomes in males and females."

Professor Pribis recommends a handful of walnuts, 1 to 3 ounces, daily for increased health benefits. The benefits from the tree nut not only positively affect mood but also the cardiovascular system and can be used as a support for weight loss. 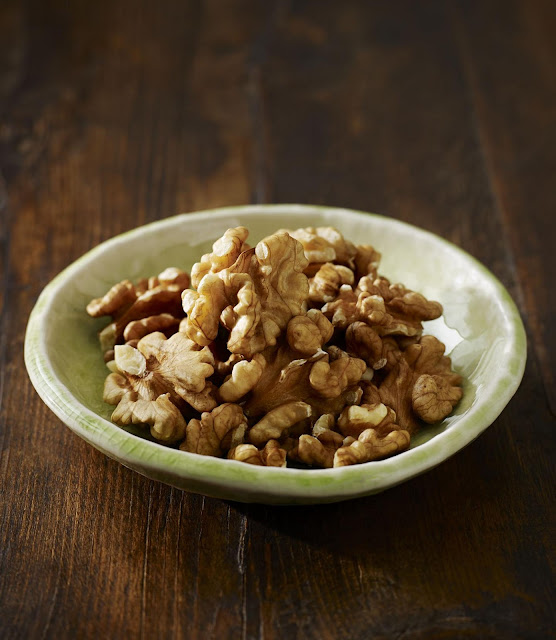 The participants of the study were 64 students between the ages of 18-25. They represented most ethnic groups: Caucasian, African American, Hispanic and Asian.

The mood of the students was measured at the end of each eight-week period.

"We used a validated questionnaire called Profiles of Mood States (POMS)," says Pribis. "It is one of the most widely used and accepted mood scales in studies on cognition. The test has six mood domains: tension, depression, anger, fatigue, vigor, confusion and also provides a Total Mood Disturbance score (TMD). The lower the TMD score the better the mood."

There are several nutrients in walnuts that could be responsible for the improved mood like alpha-Linolenic acid, vitamin E, folate, polyphenols or melatonin. However, this was a whole food study, so in the end it was the synergy and interaction of all the nutrients in the walnuts combined.

For Pribis, the lesson learned from this food study is clear, "Eat more walnuts. This is an easy intervention. They're not only good for your mood, but overall health as well. The recommended amount is one handful per day."

With this knowledge in hand--and hopefully walnuts in the other--young men can happily tackle life's daily stress.
on November 21, 2016