The Mightiest Pinch of All Cracks Coconuts

The claws of coconut crabs have the strongest pinching force of any crustacean, according to a study published November 23, 2016 in the open-access journal PLOS ONE by Shin-ichiro Oka from Okinawa Churashima Foundation, Japan, and colleagues.
Coconut crabs are the largest terrestrial crustacean and are remarkably strong, lifting up to 28 kilograms. The crabs use their claws to fight and defend themselves, and to eat coconuts and other foods with hard exteriors.
This is a coconut crab (ca. 2 kg body weight). 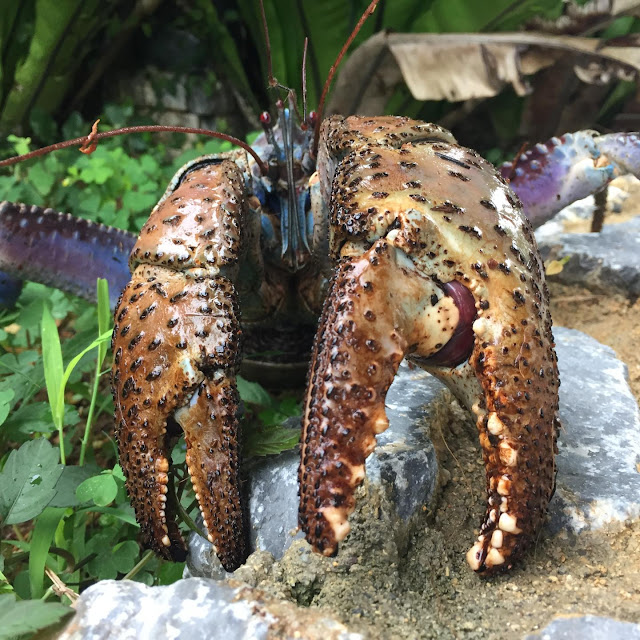 The researchers found that pinching force increased with body mass. Based on the crabs' maximum known weight, the maximum pinching force of their claws was projected to be 3,300 newtons. This exceeds both the pinching force of other crustaceans and the bite force of all terrestrial animals except alligators.
The crabs' "mighty claws" let them monopolize coconuts, which other animals are unable to access. In addition, suggest the researchers, being able to hunt other animals with hard exteriors could help these crabs maintain their large bodies.