Why do some animals have extravagant, showy ornaments -- think elk and deer antlers, peacock feathers and horns on dung beetles -- that can be a liability to survival? Charles Darwin couldn’t figure it out, but now a Northwestern University research team has a possible explanation for this puzzling phenomenon of evolution.

The researchers developed a mathematical model that made a surprising prediction: In animals with ornamentation, males will evolve out of the tension between natural selection and sexual selection into two distinct subspecies, one with flashy, “costly” ornaments for attracting mates and one with subdued, “low-cost” ornaments.

“Ornamentation does persist in nature, and our quantitative model reveals that a species can split into two subspecies as a result of the ornamentation battle that occurs over time,” said Daniel M. Abrams, an associate professor of engineering sciences and applied mathematics in the McCormick School of Engineering. 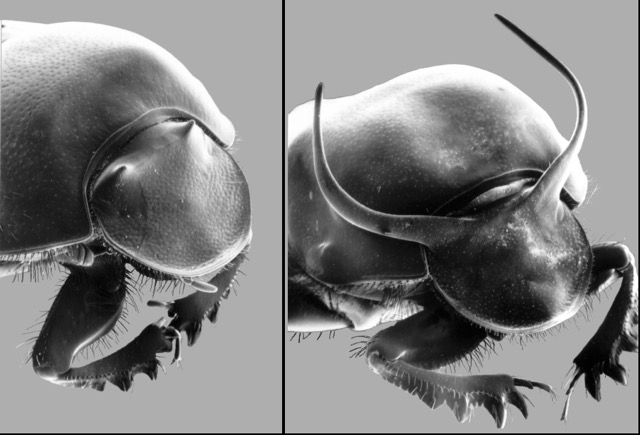 Evidence from nature agrees. The researchers studied available data on animal ornaments, such as deer antlers, peacock feathers, brightness of certain fish and tail length of some birds, from 15 species. They found the same distribution pattern of ornament sizes across many of the species: The animals often split into the two subgroups predicted by the model, one showy and one subdued, with very few in the middle.

It was deer antlers that first made Abrams, an applied mathematician, wonder why some animals spend precious energy to grow and carry around something that could compromise life. It’s not unusual for male deer and their antlers to get stuck in trees or fences -- or to each other in a fight -- and die.

“Animals with extravagant ornaments are showing just how fit and strong they are -- that they can overcome the costs of these ornaments -- and this attracts the opposite sex,” said Abrams, who led the study.

In fact, the subdued subgroup’s existence is a factor in the ability of individuals in the flashy subgroup to pass on their genes. The contrast gives the more ostentatious individuals physical distinction and cachet, helping to woo mates and propagate themselves.

The study, which aids our understanding of how life has evolved on Earth, will be published Nov. 29 (Nov. 30 in the U.K.) by the biological sciences journal Royal Society Proceedings B.

The study’s other authors are Sara M. Clifton, a graduate student in Abrams’ group, and Rosemary I. Braun, a computational biologist and assistant professor of preventive medicine at Northwestern University Feinberg School of Medicine.

“This is a study of evolution using mathematical biology -- how sexual selection and natural selection play off each other and produce some of the strange things we see in the animal world,” said Clifton, the paper’s first author. “The horned dung beetle from our study is a good example of how large horns really handicap the animal, yet they exist.”

Abrams, Braun and Clifton started with Zahavi’s handicap principle, from 1975, which offers an elegant explanation for the evolution of the flashy ornaments: Ornaments signal individual quality and the ability to overcome high costs. This ensures “honest advertising” to the opposite sex, making mate selection more efficient.

The researchers incorporated both the assumptions of the handicap principle and what evolving ornaments would look like over a long period of time into a mathematical model. The results showed the assumptions are sufficient to explain the previously puzzling observation of the two distinct subgroups of flashy, high-cost ornaments and subdued, low-cost ornaments in a variety of species spanning the animal kingdom.

After developing their model, the researchers studied 23 data sets from 15 different animal species from the published scientific literature and found that all were consistent with their model. There were no exceptions.

“The model is completely independent of the underlying genetic mechanism that causes these ornaments to grow, which I find fascinating,” Braun said. “It tells us that if you have these two competing forces, natural selection and sexual selection, two morphs, or subgroups, will emerge. The model is so general it can be applied to many different species and still have the same explanatory power.”

Where do humans fit in?

“I don’t want to push it too far, but the natural analogy is that individuals also can try to appear more appealing by spending resources on things that cost a lot of money -- expensive homes, cars, clothes or jewelry, for example,” Abrams said.

“The only way you can afford to spend so much money on these things is if you already have a lot of money. It’s demonstrating wealth by throwing away a lot of wealth on these objects, which is similar to deer having showy but costly antlers,” he said.

The James S. McDonnell Foundation (Grant No. 220020230) and the National Science Foundation Graduate Research Fellowship No. DGE-1324585 supported the research.

The title of the Royal Society Proceedings B paper is “Handicap Principle Implies Emergence of Dimorphic Ornaments.”