New research from North Carolina State University shows that a 75-million-year-old Mongolian oviraptor, preserved while brooding its eggs, also preserved the original keratinous claw sheath that covered its digits. The work adds to the body of evidence that original organic materials can preserve over time.

Citipati osmolskae was an emu-sized dinosaur that lived in what is now Mongolia during the Cretaceous period. In 1995, a particularly well-preserved specimen of Citipati was recovered from the Djadokhta formation. The specimen was found in a brooding position on a nest of eggs. Paleontologists theorized that it was rapidly buried by a sand dune, which explained its excellent preservation. 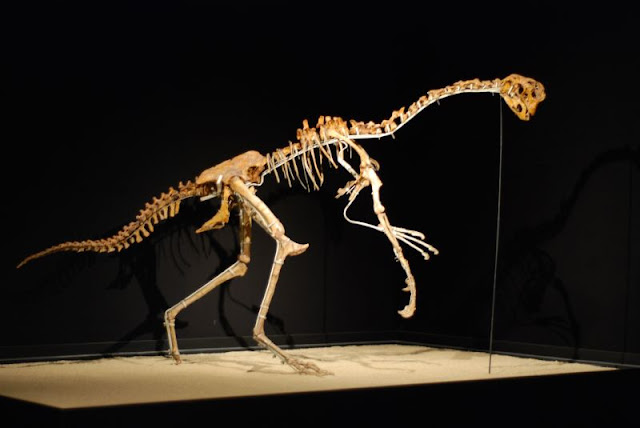 During preparation of the specimen, the scientists noticed that there was a thin lens of white material extending beyond one of the bony claws on a forelimb that differed in texture and color from both the sediment and the bone. It was also located where a claw sheath would be.

In modern birds, claw sheaths cover the claw at the end of a digit much like fingernails in humans and serve a number of functions – aiding them in defense, movement, or catching and holding prey. The sheaths in modern birds are composed of two types of keratin: alpha-keratin, the softer form found on the interior of the sheath; and beta-keratin, a harder and more durable keratin that comprises the sheath’s exterior.

Alison Moyer, former Ph.D. student at NC State who is currently a postdoctoral researcher at Drexel University and lead author of a paper describing the research, wanted to find out if the material from Citipati was a claw sheath and if so, whether any original beta-keratin had preserved.

Moyer and her NC State colleagues first used scanning and transmission electron microscopy to get microscopic details of both the tissue’s surface and its internal structure. The results showed that the sample was structurally similar to claw sheaths from modern birds, so the team decided to proceed with immunohistochemical (IHC) testing.

IHC testing utilizes antibodies that react against a particular protein. If the protein is present, the antibodies bind to small regions of the protein and indicate where the protein is located in the tissue. Moyer used beta-keratin antibodies derived from modern bird feathers. In initial IHC testing, results were inconclusive, which led Moyer to look more closely at the specimen. She found an unusually high concentration of calcium in the fossil claw – much higher than would be found in claws from the living birds used in comparison or from the sediment surrounding the fossil. Theorizing that the calcium might be affecting results, Moyer removed the calcium and did further IHC testing on the claw sheath material. 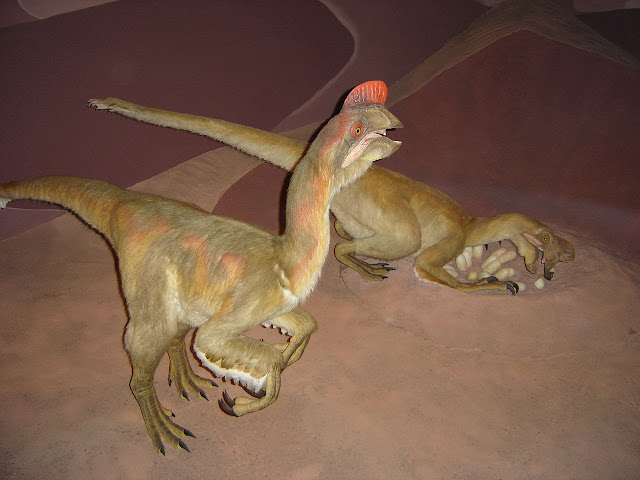 After the calcium was removed, the antibodies reacted much more strongly, indicating the presence of beta-keratin and preservation of original molecules.

“It’s probable the incorporation of calcium in the tissue helped preserve it,” says Moyer, “but that same calcium had to be removed in order to see the underlying molecular composition. Because this study used multiple, well-tested methods, it not only supports the longevity of proteins in the rock record, it reveals a lot about how these might be preserved.”

The research appears in Proceedings of the Royal Society B, and was funded by the David and Lucile Packard Foundation, the NSF INSPIRE program (EAR-1344198), and the National Science Foundation Graduate Research Fellowship Program (DGE-1252376). NC State professor of biological sciences Mary Schweitzer and research assistant Wenxia Zheng contributed to the work.