Hundreds of years before the first Thanksgiving, Native Americans were raising and feasting on America’s classic holiday meal.

Florida State University Associate Professor of Anthropology Tanya Peres and graduate student Kelly Ledford write in a paper published today in the Journal of Archaeological Science: Reports that Native Americans as early as 1200 – 1400 A.D. were managing and raising turkeys.

This is the first time scientists have suggested that turkeys were potentially domesticated by early Native Americans in the southeastern United States.

“In the Americas, we have just a few domesticated animals,” Peres said. “Researchers haven’t really talked about the possibility of Native Americans domesticating or raising turkeys.”

Researchers found turkeys were being raised and managed by Native Americans years before the first Thanksgiving. 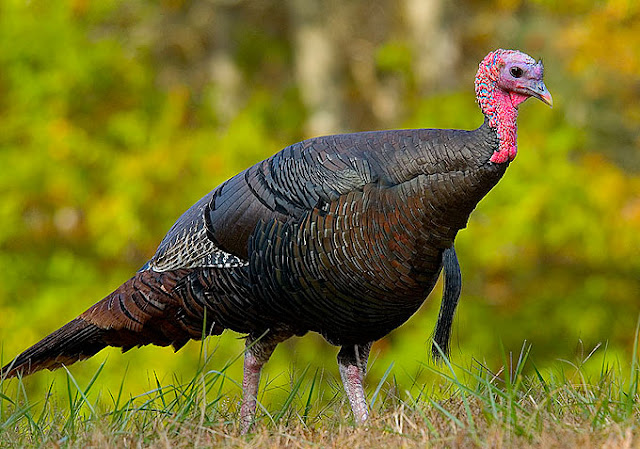 Researchers knew that turkeys had been a part of Native American life long before the first Thanksgiving in 1621.

Their feathers were used on arrows, in headdresses and clothing. The meat was used for food. Their bones were used for tools including scratchers used in ritual ceremonies. There are even representations of turkeys in artifacts from the time. An intricately engraved marine shell pendant found at a site in central Tennessee shows two turkeys facing each other.

But this new research indicates turkeys were more than just a casual part of life for Native Americans of that era. Peres and Ledford came across a few curiosities as they examined skeletons of turkeys from archaeological sites in Tennessee that led them to believe that Native Americans were actively managing these fowls.

For one, the groupings researchers worked on had more male turkeys than a typical flock.

In a typical flock of turkeys, there are usually more females, Peres said. But in the flock they examined, they found more remains of males. That would only happen if it were designed that way, she said.

“It appears Native Americans were favoring males for their bones for tools,” Peres said. “And they certainly would have favored males for their feathers. They tend to be much brighter and more colorful than the female species. Female feathers tend to be a dull grey or brown to blend in to their surroundings since they have to sit on the nest and protect the chicks.”

The other immediately noticeable trait that stood out to Peres and Ledford was that these ancient American gobblers were big boned — much larger than today’s average wild turkey. That could be the result of them being purposefully cared for or fed diets of corn.

“The skeletons of the archaeological turkeys we examined were quite robust in comparison to the skeletons of our modern comparatives,” Ledford said. “The domestication process typically results in an overall increase in the size of the animal so we knew this was a research avenue we needed to explore.”

Peres and Ledford are working with colleagues at Washington State University to perform a DNA sequencing of these turkeys and also conduct experiments to see what the turkeys were eating. If they were being fed corn, a chemical signature should appear in the remains.

Ledford is also collecting data from additional sites across the southeastern United States to see if this pattern of managing turkeys was consistent across settlements or if it was an isolated practice.

“It might be that not everybody was practicing this, but some people were for sure,” Peres said.