Large Forest Die-Offs Have Effects That Ricochet to Distant Ecosystems

Major forest die-offs due to drought, heat and beetle infestations or deforestation could have consequences far beyond the local landscape.

Wiping out an entire forest can have significant effects on global climate patterns and alter vegetation on the other side of the world, according to a study led by the University of Washington and published Nov. 16 in PLOS ONE.

"When trees die in one place, it can be good or bad for plants elsewhere, because it causes changes in one place that can ricochet to shift climate in another place," said lead author Elizabeth Garcia, a UW postdoctoral researcher in atmospheric sciences. "The atmosphere provides the connection." 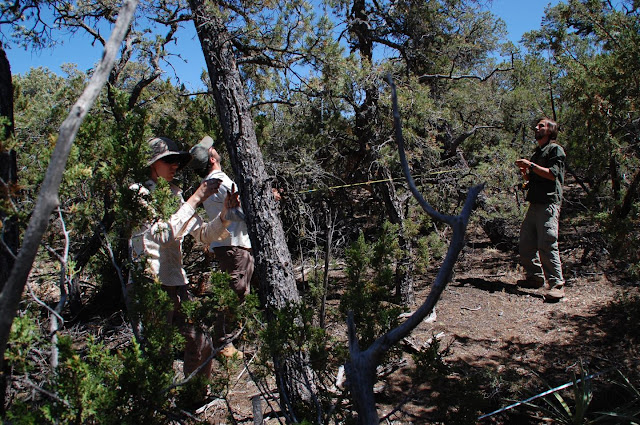 Just as conditions in the tropical Pacific Ocean can have distant effects through what we now understand as El Niño, the loss of a forest could generate a signal heard around the world -- including by other plants.

Forest loss is known to have a nearby cooling effect, because without trees the Earth's surface is more reflective and absorbs less sunlight, and loss of vegetation also makes air drier. These local effects of deforestation are well known. But the new study shows major forest losses can alter global climate by shifting the path of large-scale atmospheric waves or altering precipitation paths. Less forest cover can also change how much sunlight is absorbed in the Northern versus the Southern hemispheres, which can shift tropical rain bands and other climate features.

"People have thought about how forest loss matters for an ecosystem, and maybe for local temperatures, but they haven't thought about how that interacts with the global climate," said co-author Abigail Swann, a UW assistant professor of atmospheric sciences and of biology. "We are only starting to think about these larger-scale implications."

Dead trees in 2012 west of Denver, Colo., apparently killed by drought and beetles. 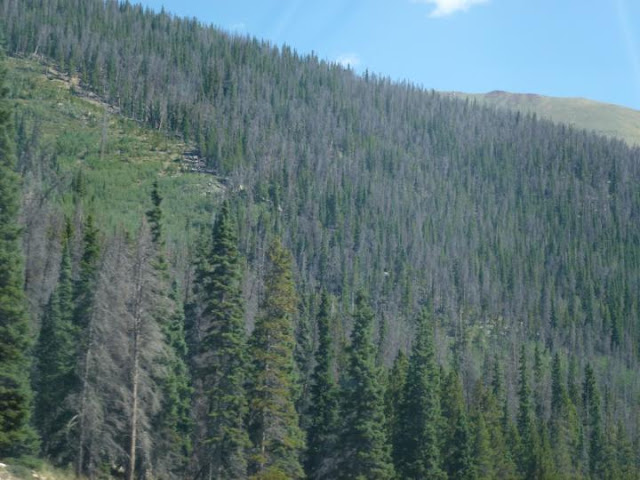 The new study focused on two areas that are now losing trees: western North America, which is suffering from drought, heat and beetle infestations that span from the southwestern U.S. to Alaska, and the Amazon rainforest, which has been subject to decades of intense human development. The researchers ran a climate model with a drastic forest-loss scenario to investigate the most extreme potential climate effects.

Results show that removing trees in western North America causes cooling in Siberia, which slows forest growth there. Tree loss in the western U.S. also makes air drier in the southeastern U.S., which harms forests in places like the Carolinas. But forests in South America actually benefit, because it becomes cooler and thus wetter south of the equator.

In the second test case, removing most of the Amazon rainforest also caused Siberia to become colder and more barren, but it had a slight positive impact on southeastern U.S. vegetation. Losing Amazon forest had a significant positive impact on the neighboring forests in eastern South America, mostly by increasing the precipitation there during the Southern Hemisphere summer.

An Amazon tropical forest as seen from the top of a 180-foot (54-meter) research tower in northern Brazil in 2011. 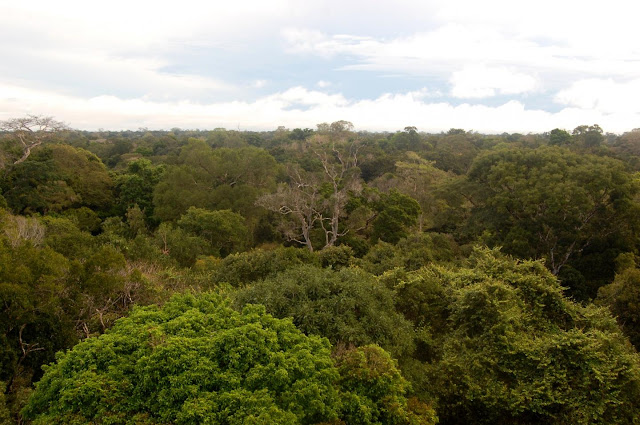 The study shows that when it comes to forests, one plus one does not always equal two. Removing both forests had different impacts than the combined effects of removing the two separately, since the effects can either reinforce one another or cancel each other out.

"I think it's really interesting that these effects happen through different mechanisms depending on where you look," Swann said.

The model's parameters for forest changes are still preliminary, so the exact mapping of cause and effect at each location is not set in stone. The researchers are conducting field studies to better characterize the temperature and humidity changes from altering different forest types. They also hope to pinpoint which locations are most sensitive to triggering such shifts, or to being affected by the changes.

"The broader idea is that we must understand and include the effects of forest loss when modeling global climate and trying to predict how climate will change in the future," said Swann.

Swann's previous research looked at how a hypothetical massive tree planting in the Northern Hemisphere to slow global warming could have the unintended effect of changing tropical rainfall. More recent research has shown how European deforestation over the past thousands of years may have reduced rainfall over modern-day Africa.

"This study shows that local events like forest die-offs in one part of the globe influence climate and ecology in other, often distant locations," said Tim Kratz, program director at the funding agency, the National Science Foundation. "Unraveling these far-reaching effects is critical to understanding how nature works at continental to global scales."

Email ThisBlogThis!Share to TwitterShare to FacebookShare to Pinterest
Labels: Envrionment