He is best remembered for the magnificent portraits he produced as the court painter of Henry VIII; but a new study of Hans Holbein’s famous ‘Dance Of Death’ suggests that he also had strong anti-establishment views, creating works which foreshadowed modern satire.

As the leading painter at the Court of Henry VIII, Hans Holbein’s magnificent depictions of royalty and nobility affirmed his status as one of the greatest portrait artists of all time. Few would have considered such works the output of a dissident satirist, deeply concerned about the plight of the poor, and committed to religious reform.

But according to a new study of one of his most famous works, The Dance Of Death, satire was not just an area in which Holbein dabbled early in his career, but a central feature of some of his most important work before he came to England.

Holbein’s satirical depictions of authority figures, such as the King in the Dance Of Death (left), are a far cry from later work such as his iconic portrait of Henry VIII (right).

Based on new research into the highly-charged climate in which the Dance was produced, the study, by historian Professor Ulinka Rublack, Professor of Early Modern European History and a Fellow of St John’s College, University of Cambridge, argues that it is perhaps the best surviving example of Holbein as a social commentator, using art to mock establishment hypocrisy.

Her portrait of the artist - as an impoverished and angry, but socially and politically engaged, young man - is a far cry from that of the successful painter who produced iconic images of the Tudor ruling class - not least in his famous depiction of a swaggering Henry VIII.

The study forms the commentary to a new Penguin Classics edition of Holbein’s Dance Of Death. It draws on largely unused sources such as local government records from the time at which the Dance was produced. Rublack finds that early in his career, Holbein was part of a group of subversive, passionate artists who were operating in the new medium of print, amid the politically restless atmosphere of Reformation Europe.

“What’s striking is how many of his images in the Dance were about social justice,” Rublack said. “Holbein was part of a movement which was very concerned with radical questions about welfare and reform.”

“Looking at it as satire, rather like a publication such as Charlie Hebdo today, is probably the way to think about what he was doing at the time. Criticising the Pope and Catholic clergy was dangerous stuff; it could be censored and people could be imprisoned for it. But it’s sobering to think nobody was assassinated for it, which has occurred in response to comparable satire in our own time.”

Created between 1524 and 1526, The Dance Of Death was a series of woodcut prints of grisly images apparently demonstrating the folly of human greed and pride. Holbein, who was born in Augsburg, in Germany, produced it while living and working in Basel, in modern-day Switzerland.

Dance of Death, The abbot 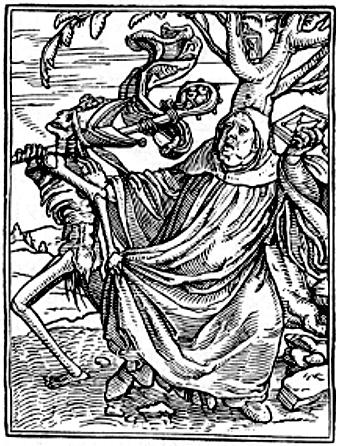 As a concept, it was the latest in a long line of such series drawing on the medieval idea of the Danse Macabre, in which a recurring cast of stock characters - such as a Pope, an emperor, a king, a monk and a peasant - are individually shown being “taken” by death, represented by grinning, dancing skeletons.

The idea was to challenge the piety of the viewer, by showing death as the great leveller that comes to all. However rich and powerful we may be in this world, the Dance told its viewers, we are all the same in the next and should focus on spiritual concerns.

Although the Dance therefore often poured scorn on those in high society, it was not explicitly satirical beyond this. Holbein’s version has traditionally been seen in those terms - as a religiously-themed genre piece, and not an explicitly political statement.

For the new study, Rublack examined local sources, such as council records, to trace the socio-political context in which Holbein was working. Although the Reformation had not yet arrived in Basel (it would in 1529), she discovered that there was already widespread pressure for reform.

Part of this involved dissatisfaction with the Church and its wealth. The study found accounts of local guilds refusing to supply churches in favour of serving the needs of the poor. One record, from 1524, concerned a baker who, seeing civic dignitaries visiting the grave of a Professor who had opposed religious reform, openly attacked them as “donkey-milking fools”.

More broadly, the Basel commune had begun to stress equal rights against the traditional privileged elites. In 1525, for instance, a group of local villagers marched on Basel, demanding the right to elect their own preachers, and in opposition to feudal taxes.

Holbein, Rublack says, could not have been immune to this. For one thing, he lived among craftspeople, bakers and weavers who had begun to fight for religious and social change. But perhaps more significantly, he himself worked in an “alert” circle of like-minded artists such as the painter and printmaker Urs Graf.

Rublack’s commentary suggests that the life of this group must have resembled that of a satirical, counter-cultural clique. “One can only imagine an atmosphere of creative fun and irreverence, which thrived on jokes against monks, priests, the local bishop and popes,” she writes.

Stylistically, Holbein’s Dance broke established norms by for the first time presenting the genre in printed miniatures, which the viewer would have to peer at to understand. Seen in the context of the politics of the time, Rublack suggests it would have been “a shocking new viewing experience”. 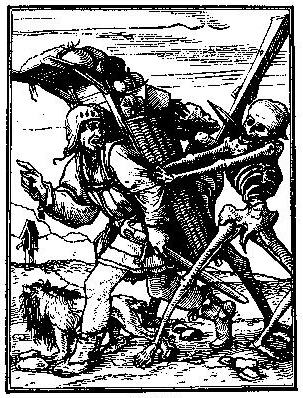 Senior Church figures, including the Pope, were typically shown as overweight and obsessed with luxuries, extorting money in particular by selling indulgences - a cause célèbre of the Reformation. But the Dance also directly critiqued political and judicial leaders for ignoring the plight of the poor - including perhaps the Habsburg Emperor Charles of Spain in the stock “emperor” illustration.

By reworking the traditional Dance formula and adding tokens and signifiers which pointed to political concerns specific to its time, Holbein’s Dance was not just a piece for religious meditation but an early form of political cartoon, designed to delight, surprise and offend.

His reason for shifting from subversive satire to the courtly portraits of his later career can, Rublack suggests, be explained by his financial circumstances. Like most artists in Basel, Holbein struggled to find steady work as a painter - indeed, the study points out that respected contemporaries had been forced to resort to painting fences and carnival decorations.

Rather than carry on illustrating books and working in print, Holbein clearly harboured ambitions to paint - but this could only be realised through the sort of work he eventually obtained at the Tudor Court. Earlier works from England, such as The Ambassadors, pursue similar themes of death, faith and salvation, but working for the likes of Anne Boleyn and Henry VIII broadly put an end to his satirical interests. 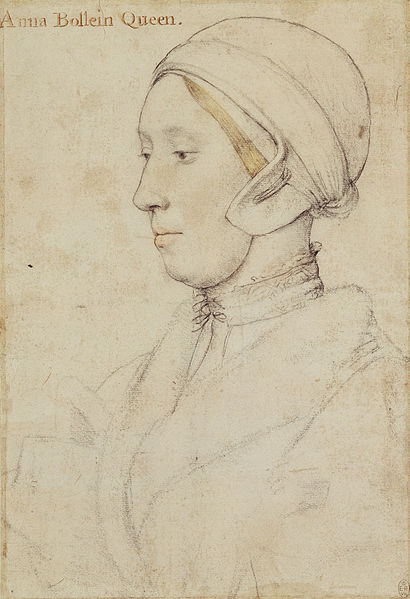 “What is impressive is that he could have easily made the decision to give up painting, as so many contemporaries did,” Rublack added. “Instead, he made the very risky decision to pursue painting elsewhere. He seems to have known that he had great works like The Ambassadors in him.”

Contacts and sources:
Tom Kirk
University of Cambridge
on November 21, 2016