Halting Mosquitoes on a Continental Scale

A team of researchers, including two from the University of California, Riverside, have made a key discovery that could potentially help eliminate disease-spreading mosquitoes on a continent-wide scale.

The research, just published in the preprint server for biology, bioRxiv, focuses on the stability of so-called gene drive systems, which involve adding, disrupting, or modifying genes to alter or suppress a population of an organism.

Gene drives have been proposed as an inexpensive, environmentally friendly, and long-lasting way to address significant ecological and public health-related problems, including mosquito-borne diseases such as malaria, Zika virus, dengue fever, yellow fever, and others. 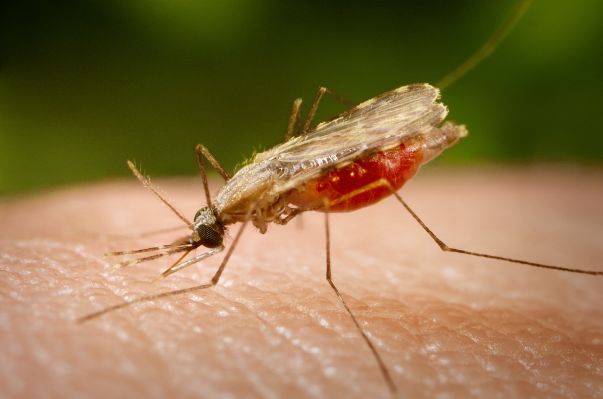 Although gene drives have been discussed and studied for multiple decades, the CRISPR/Cas9 gene editing technique which relies on a Cas9 protein targeted to a specific genomic location by guide RNAs has recently revolutionized the development of gene drive systems because it offers an inexpensive, efficient, and reliable way to make precise, targeted changes to the genome.

There are different types of gene drives that vary in their inheritance mechanisms, including a type known as homing-based gene drive, which can be used to suppress populations. Past studies have found that the homing-based method can result in 90 to 99 percent of offspring inheriting the altered gene structure, as opposed to the 50 percent expected with traditional genetics, making this system extraordinarily powerful.

Although the high inheritance rate seen with these homing systems is quite promising, the small percentage of offspring that don’t inherit the genetic change are problematic because they can prevent the genetically changed population of an organism from taking over a region.


This is due to the presence of drive-resistant alleles in those offspring, which make them immune to the gene drive. (Alleles are alternative forms of genes that determine distinct traits that can be passed from parents to offspring.) The impact of such resistant alleles on the ability of the gene drive to spread and suppress populations has previously been estimated as significant, but hasn’t been well-evaluated.

In work outlined in the bioRxiv article, the researchers used mathematical modeling to determine that resistant alleles will have a major impact on attempts to get rid of a species of mosquito on a scale of a continent such as Africa. In other words, an attempt to eliminate a species of mosquito using this technique would result in a rapid rebound of the suppressed population of mosquitoes due to resistance alleles.

To address this issue, the researchers devised and validated a technique that involves multiplexing guide RNAs within the gene drive. Multiplexing means targeting multiple locations in a gene with the guide RNAs.

The researchers also demonstrated successful multiplexing in a fruit fly (Drosophila melanogaster), an organism commonly used as a model in labs. Now, they are working to adapt that same technique to mosquitoes.

The paper is called, “Overcoming evolved resistance to population-suppressing homing-based gene drives.” The authors are: Omar Akbari, an assistant professor of entomology at UC Riverside; Anna Buchman, a post-doctoral researcher working in Akbari’s lab; John M. Marshall, an assistant professor at UC Berkeley; and Hector Sanchez, a graduate student at the Monterrey Institute of Technology and Higher Education in Mexico.
on November 21, 2016