A team of Massachusetts General Hospital (MGH) investigators has found a possible mechanism explaining why use of the sugar substitute aspartame might not promote weight loss. In their report published online in Applied Physiology, Nutrition and Metabolism, the researchers show how the aspartame breakdown product phenylalanine interferes with the action of an enzyme previously shown to prevent metabolic syndrome - a group of symptoms associated with type 2 diabetes and cardiovascular disease. 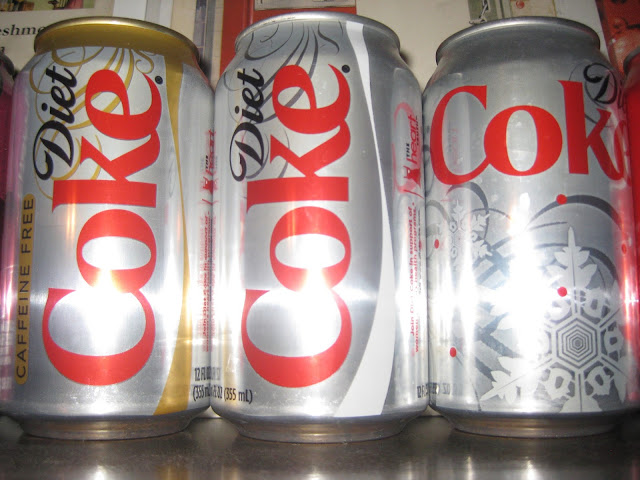 "Sugar substitutes like aspartame are designed to promote weight loss and decrease the incidence of metabolic syndrome, but a number of clinical and epidemiologic studies have suggested that these products don't work very well and may actually make things worse," says Richard Hodin, MD, of the MGH Department of Surgery, the study's senior author.

"We found that aspartame blocks a gut enzyme called intestinal alkaline phosphatase (IAP) that we previously showed can prevent obesity, diabetes and metabolic syndrome; so we think that aspartame might not work because, even as it is substituting for sugar, it blocks the beneficial aspects of IAP."

In a 2013 study published in Proceedings of the National Academy of Sciences, Hodin's team found that feeding IAP to mice kept on a high-fat diet could prevent the development of metabolic syndrome and reduce symptoms in animals that already had the condition. Phenylalanine is known to inhibit the action of IAP, and the fact that phenylalanine is produced when aspartame is digested led the researchers to investigate whether its inhibitory properties could explain aspartame's lack of a weight-loss effect.

In a series of experiments the team first found that the activity of IAP was reduced when the enzyme was added to a solution containing an aspartame-sweetened soft drink but remained unchanged if added to a solution with a sugar-sweetened beverage. IAP is primarily produced in the small intestine, and the researchers found that injecting an aspartame solution into segments of the small intestines of mice significantly reduced the enzyme's activity. In contrast, IAP activity remained unchanged in bowel segments injected with a saline solution. 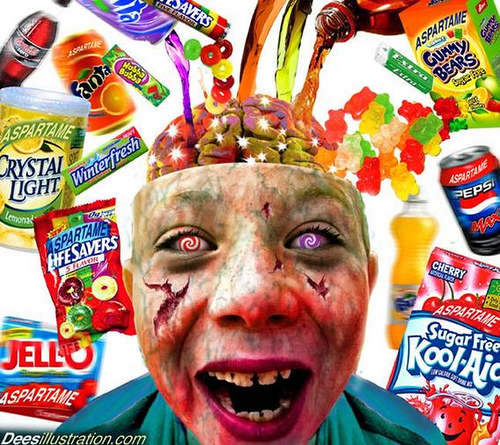 To better represent the effects of consuming beverages or other products containing aspartame, the researchers followed four groups of mice for 18 weeks. Two groups were fed a normal diet, one receiving drinking water with aspartame, the other receiving plain water. The other two groups were fed a high-fat diet, along with either aspartame-infused or plain water. Animals in the normal diet group that received aspartame consumed an amount equivalent to an adult human's drinking about three and a half cans of diet soda daily, and aspartame-receiving animals in the high-fat group consumed the equivalent of almost two cans.

At the end of the study period, while there was little difference between the weights of the two groups fed a normal diet, mice on a high-fat diet that received aspartame gained more weight than did those on the same diet that received plain water. Aspartame-receiving mice in both diet groups had higher blood sugar levels than did those fed the same diets without aspartame, which indicates glucose intolerance, and both aspartame-receiving groups had higher levels of the inflammatory protein TNF-alpha in their blood, which suggests the kind of systemic inflammation associated with metabolic syndrome.

"People do not really understand why these artificial sweeteners don't work. There has been some evidence that they actually can make you more hungry and may be associated with increased calorie consumption. Our findings regarding aspartame's inhibition of IAP may help explain why the use of aspartame is counterproductive," says Hodin, who is a professor of Surgery at Harvard Medical School. "While we can't rule out other contributing mechanisms, our experiments clearly show that aspartame blocks IAP activity, independent of other effects."