Space energy anomalies more than 50 million light years from our galaxy are creating conditions that should be destroying stars, but instead are regenerating them, according to an astronomer at The University of Alabama (UA).

Dr. Jimmy Irwin, UA associate professor of physics and astronomy, along with a three-student team of undergraduate researchers, detected seven instances of massive flares of energy in X-ray binary stars in two separate galaxies after poring through over a decade of Chandra X-ray Observatory data.

But, unlike supernovas or gamma ray bursts in other galaxies, which collapse and are destroyed by huge increases in energy, the two stars researchers detected flare to the verge of exploding, only to simmer to baseline energy in an hour. They repeat the process every few days.

Astronomers have found a pair of extraordinary objects that dramatically burst in X-rays. This discovery, obtained with NASA’s Chandra X-ray Observatory and ESA’s XMM-Newton observatory, may represent a new class of explosive events. 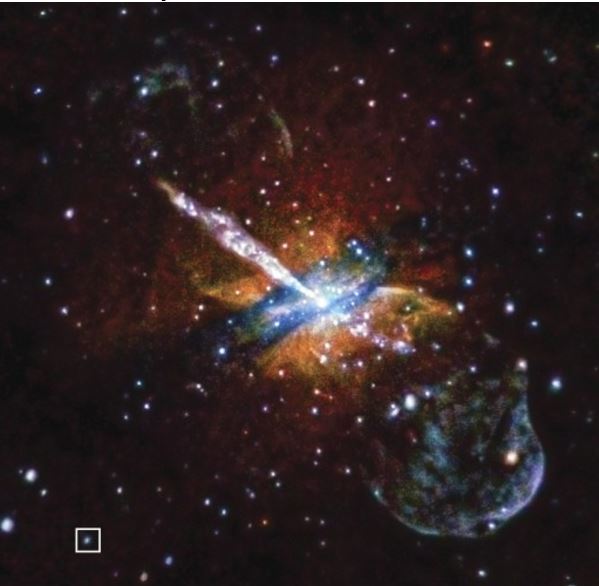 “We’ve seen this kind of huge variability where there’s an energy uplift of 100 in less than a minute, but the object is usually destroyed,” Irwin said. “Whatever these objects are – we don’t know just yet – there’s some sort of undiscovered mechanism by which compact objects can accrete matter from a companion star.

“It could be a black hole, it could be a neutron star … we don’t have enough information yet. But it’s not something we’ve seen in our own galaxy. It must be rare enough that our galaxy doesn’t contain one of these examples, and we have to go to other galaxies to find other examples of these.”

Irwin details the findings in “Ultraluminous X-ray bursts in two ultracompact companions to nearby elliptical galaxies” a paper scheduled to be published in Nature Oct. 20.

Irwin and his team were looking for any types of variability in the x-ray sources around distant galaxies, which can contain more than 100 different sources per each galaxy. An x-ray detector on the telescope provides a photon-by-photon account of the x-rays that reach the detector.

“We were looking for kind of mild variations, maybe factors of three over a timescale of an hour,” Irwin said. “But when the undergraduates found things that were varying by a hundred on timescales of a minute, we took notice. We were kind of already looking for it, but never expected something this drastic.” 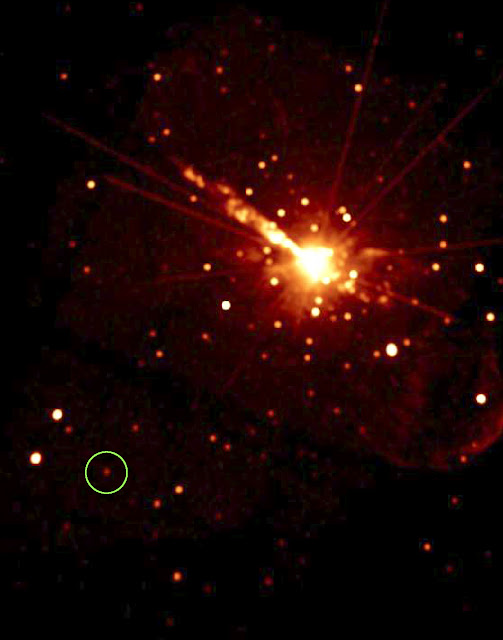 The flares occurred in a globular cluster, a system of a few hundred thousand stars around the target galaxy. The Milky Way Galaxy, for instance, has roughly 150 clusters scattered throughout it, Irwin said.

The fact the flares are occurring in globular clusters implies there’s some sort of neutron star or a small or intermediate-mass black hole causing the cycle.

The same star experiencing a massive surge of energy. 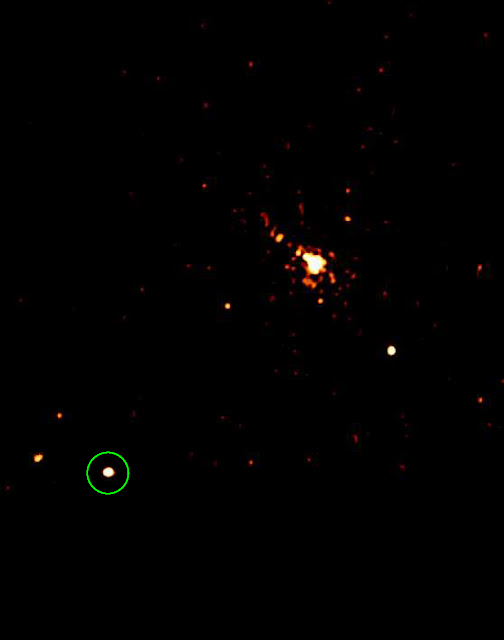 Irwin said additional wavelengths, like ultraviolet and radio, could help him and his team determine what the objects could be. They’re atypical – Irwin said that the timescale and energy output is the second known category with these characteristics in astronomy – but access to high-powered telescopes is limited.

“The time between bursts is uncomfortably long, about one and half to two days, and we don’t know when it’s going to happen again,” Irwin said. “It’s hard to go to a telescope and say ‘we want to observe this object for two straight days, uninterrupted,’ and then wait for it to happen. So we’re trying to come up with ways to predict — given these six bursts we know now — when the next one is going to be.”