“It’s just a plant” is a common refrain from those who want to legalize the leaf, but a recent study of cannabis production argues that the environmental impact of marijuana farming must be considered — especially as more states move toward further legalization this election season.

The study was conducted by Jake Brenner, an assistant professor in the Department of Environmental Studies and Sciences at Ithaca College, and Van Bustic, a specialist at the University of California Cooperative Extension. It was published earlier this year in the journal Environmental Research Letters.

The study also highlights the lack of published, peer-reviewed empirical research on all aspects of cannabis agriculture, which is already a multi-billion dollar industry in the United States despite still being listed as a Schedule 1 drug by the federal government. 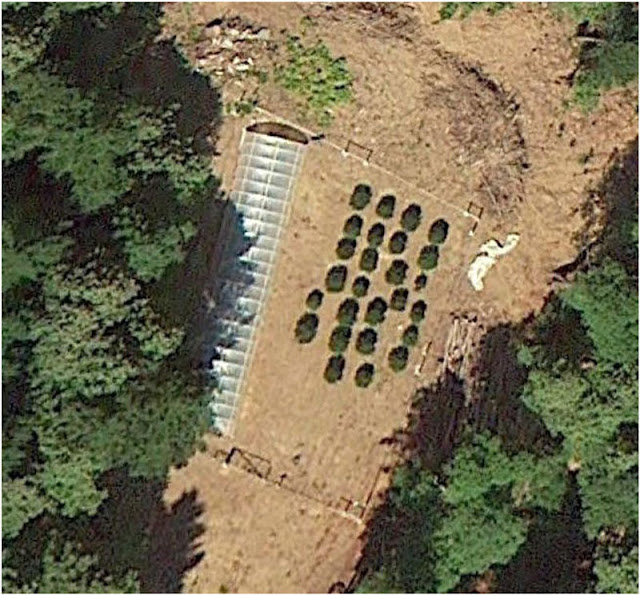 The amount of land and water used for growing cannabis has not traditionally been a concern, especially when compared to other agricultural products grown in California. But where the cannabis is grown has potential ecological consequences.

That’s because the sites are typically placed on remote plots of land in forested areas, many on steep slopes. Access roads need to be created and swaths of land cleared for production, regardless of whether the cannabis is grown outdoors or in a greenhouse; that increases potential for soil erosion and chemical run-off into streams in which the Chinook salmon and steelhead trout live.

The fish are also susceptible to harm from a decrease in water flow as a result of the cannabis agriculture.

“Siting grows in areas with better access to roads, gentler slopes, and ample water resources could significantly reduce threats to the environment,” Brenner and Bustic write. “Future cannabis policy should take into consideration the potential for mitigating environmental impacts through land-use planning.”

Know before you grow

Brenner and Bustic say their study, which covers the watersheds of northern California’s Humbolt County, is an example of the sort of survey and analysis that could be done — and is necessary — anywhere cannabis agriculture takes place.

This chart from Brenner's study shows the number of plants per watershed and location of critical habitat for steelhead trout and Chinook salmon. 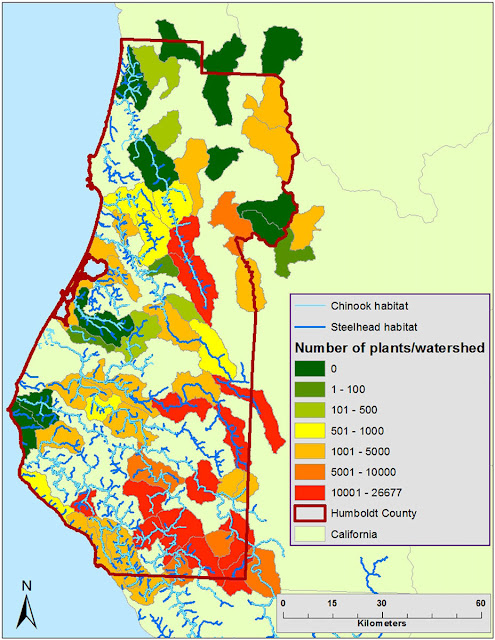 And while California is taking efforts to encourage local governments to create land-use policies for cannabis agriculture, they argue that more research on marijuana farming needs to be done.

“Land-use science on cannabis agriculture lags behind research on other crops, but advances in the field will be crucial for predicting future cannabis expansion and moderating its impacts,” they write.

That multi-billion marijuana production industry is only going to grow: This November, voters in Arizona, California, Maine, Massachusetts and Nevada will decide whether to allow their states to legalize and tax recreational marijuana; while voters in Arkansas, Florida, Montana and North Dakota will head to the polls to determine whether their states will allow medicinal uses of marijuana, joining the 25 other states that already do so.