Ancient DNA research has revealed that Ice Age cave artists recorded a previously unknown hybrid species of bison and cattle in great detail on cave walls more than 15,000 years ago.

The mystery species, known affectionately by the researchers as the Higgs Bison* because of its elusive nature, originated over 120,000 years ago through the hybridisation of the extinct Aurochs (the ancestor of modern cattle) and the Ice Age Steppe Bison, which ranged across the cold grasslands from Europe to Mexico. 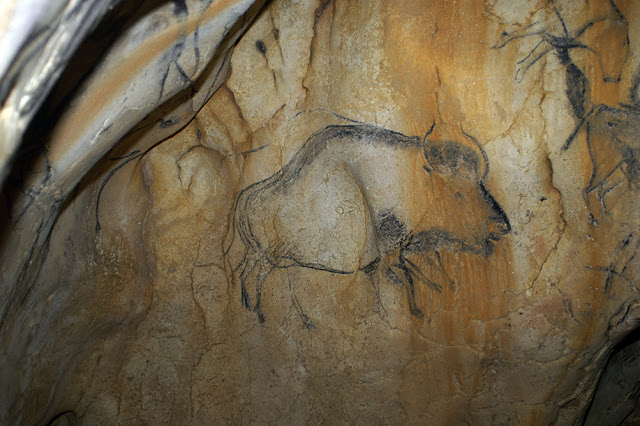 Research led by the Australian Centre for Ancient DNA (ACAD) at the University of Adelaide, published today in Nature Communications, has revealed that the mystery hybrid species eventually became the ancestor of the modern European bison, or wisent, which survives in protected reserves such as the Białowieża forest between Poland and Belarus.

“Finding that a hybridisation event led to a completely new species was a real surprise – as this isn’t really meant to happen in mammals,” says study leader Professor Alan Cooper, ACAD Director. “The genetic signals from the ancient bison bones were very odd, but we weren’t quite sure a species really existed – so we referred to it as the Higgs Bison.”

The international team of researchers also included the University of California, Santa Cruz (UCSC), Polish bison conservation researchers, and palaeontologists across Europe and Russia. They studied ancient DNA extracted from radiocarbon-dated bones and teeth found in caves across Europe, the Urals, and the Caucasus to trace the genetic history of the populations.

They found a distinctive genetic signal from many fossil bison bones, which was quite different from the European bison or any other known species.

Radiocarbon dating showed that the mystery species dominated the European record for thousands of years at several points, but alternated over time with the Steppe bison, which had previously been considered the only bison species present in Late Ice Age Europe.

“The dated bones revealed that our new species and the Steppe Bison swapped dominance in Europe several times, in concert with major environmental changes caused by climate change,” says lead author Dr Julien Soubrier, from the University of Adelaide. “When we asked, French cave researchers told us that there were indeed two distinct forms of bison art in Ice Age caves, and it turns out their ages match those of the different species. We’d never have guessed the cave artists had helpfully painted pictures of both species for us.”

The cave paintings depict bison with either long horns and large forequarters (more like the American bison, which is descended from the Steppe bison) or with shorter horns and small humps, more similar to modern European bison.

“Once formed, the new hybrid species seems to have successfully carved out a niche on the landscape, and kept to itself genetically,” says Professor Cooper. “It dominated during colder tundra-like periods, without warm summers, and was the largest European species to survive the megafaunal extinctions. However, the modern European bison looks genetically quite different as it went through a genetic bottleneck of only 12 individuals in the 1920s, when it almost became extinct. That’s why the ancient form looked so much like a new species.” 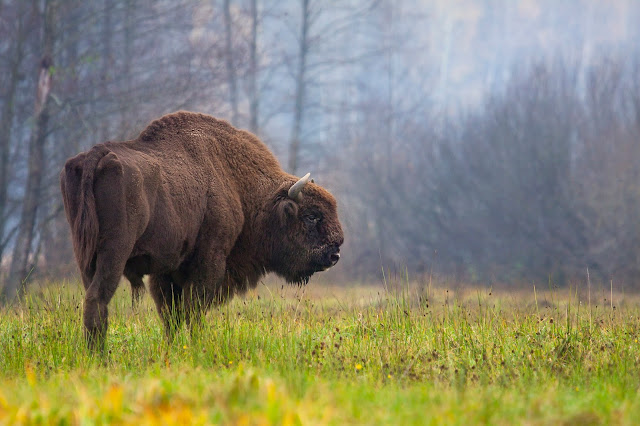 Professor Beth Shapiro, UCSC, first detected the mystery bison as part of her PhD research with Professor Cooper at the University of Oxford in 2001. “Fifteen years later it’s great to finally get to the full story out. It’s certainly been a long road, with a surprising number of twists,” Professor Shapiro says.

*The Higgs Boson is a subatomic particle suspected to exist since the 1960s and only confirmed in 2012.