The presence of fossilized wetland plant particles at a 19,000-year-old archaeological site suggest an alternative as to how a sedentary society arose from hunter-gathers according to a new study.  A resilient dietary strategy balancing reliable wetland plants and "riskier" seasonal grasses may have driven adoption of the sedentary lifestyle which later became typical of Neolithic humans.

Neolithization - the development of human adaptations, such as a sedentary lifestyle, which later characterized Neolithic life - was previously thought to have been facilitated by a dietary shift to
cereals and grains around 23,000 years ago, beginning the long and supposedly linear transition to agriculture.

The complex dynamics of people-plant interactions intrinsic to hunter-gatherer adaptations were central to the development of the ‘Neolithic’ lifestyle. Many researchers have characterized Epipaleolithic foragers as the link between hunter-gatherers and the first Neolithic farmers (ca. 11,500–10,500 cal. BP).

Epipaleolithic, or middle part of the Stone Age,  is a term used for the "final Upper Palaeolithic industries occurring at the end of the final glaciation which appear to merge technologically into the Mesolithic." The period is generally dated from 20,000 BP to about 10,500 BP, having emerged from the Palaeolithic era.

Resilient 'risky-and-reliable' plant use strategy may have driven Neolithization in Jordan. 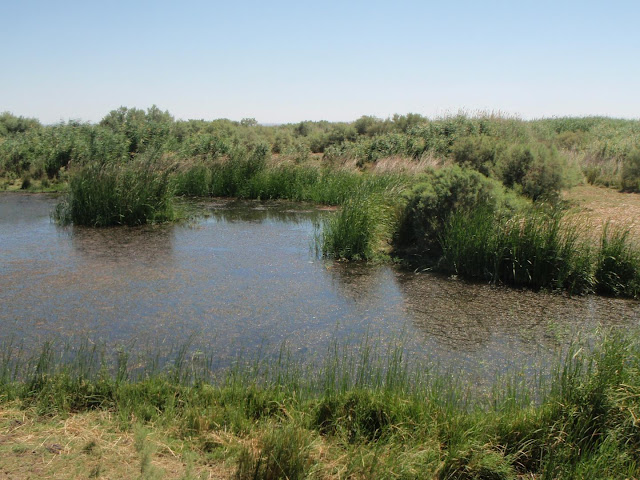 In the Levant, the origins of these human behaviors are widely argued to have emerged during the Early Epipaleolithic (ca. 23 ka cal BP). Consequently, there has been a pre-occupation with identifying and modeling the dietary shift to cereal and grains during this period, which is considered to have been a key development that facilitated increasing sedentism and, eventually, agriculture.
In the present study, Ramsey and colleagues challenge conventional thinking about Neolithization pathways by analyzing minute fossilized plant particles known as phytoliths in 31 samples from the c.19,000-year-old pre-Neolithic site of Kharaneh IV in the Azraq Basin, Jordan, to identify the plants used by inhabitants at the time.

The study was published October 19, 2016 in the open-access journal PLOS ONE by Monica Ramsey from the University of Toronto, Canada, and colleagues. 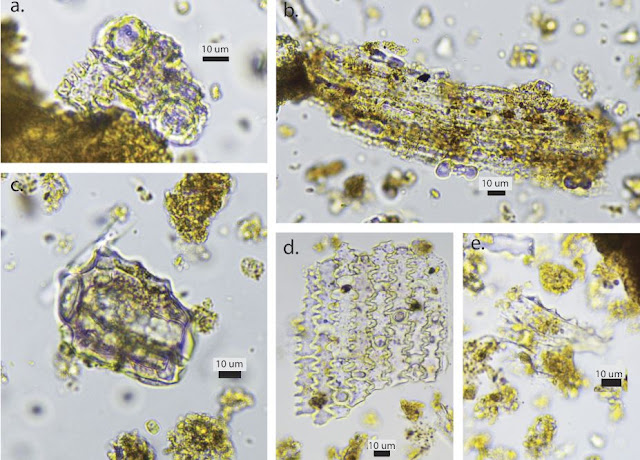 The researchers found predominant evidence of wetland plant use, notably reeds and sedges, considered to be "low-risk" dietary resource due to their reliable year-round availability. Some evidence of steppe/parkland grasses and wild cereal use, "higher-risk" seasonal resources, was also found. The authors posit that the inhabitants of this region adopted a diet which supplemented reliable wetland plant staples with riskier grasses and wild cereals when available, forming a resilient plant-use strategy that may have enabled inhabitants to settle in one area for longer than previously possible.


Location map of Kharaneh IV and the other sites mentioned. 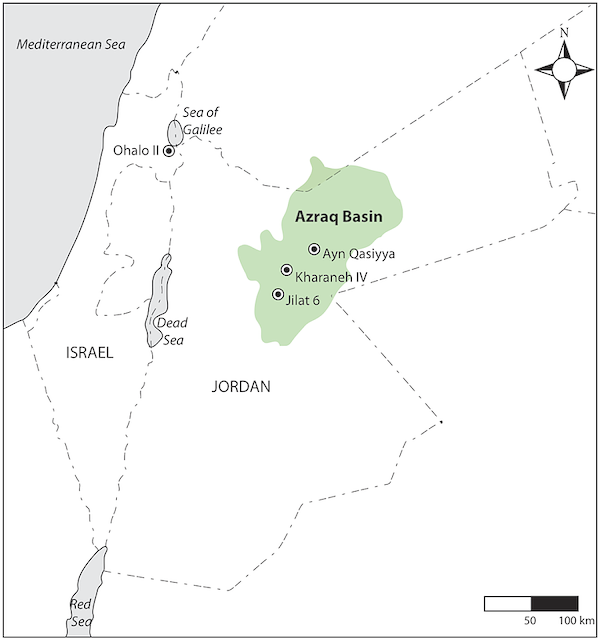 While further phytolith and starch analysis of samples is required, the authors suggest that this pre-Neolithic strategy of combining risky and reliable plant resources may have facilitated a sedentary lifestyle and so driven Neolithization via an unexpected pathway.

"At Kharaneh IV, our microbotanical evidence suggests that increasingly settled occupation - a key component of later 'Neolithic' lifestyles - was not the result of wild grass and cereal use," says Ramsey. "Instead, some 20,000 years ago, hunter-gatherer's at this site were 'hedging their bets' on the year-round larder of the wetland."