A study of graves by the University of Arizona  bioarchaeologist James Watson is providing new insight into the social and biological factors that might have motivated violent killings and atypical burials thousands of years ago. 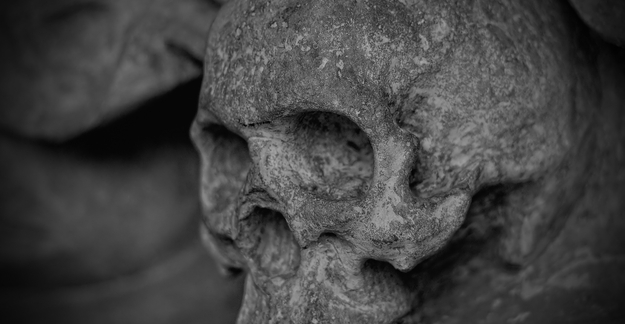 There is significant variation in how different cultures over time have dealt with the dead. Yet, at a very basic level, funerals in the Sonoran Desert thousands of years ago were similar to what they are today. Bodies of the deceased were buried respectfully, while families and mourners followed certain customs to honor lives lost.

At least, most of the time.

In some cases, however, the dead received far less reverential treatment. Instead, bodies were tossed haphazardly, headfirst, into their eternal resting place, sometimes sustaining post-mortem injuries on top of an often already violent death.

These atypical burials are of interest to Watson, whose study of ancient graves is providing new insight into the social and biological factors that might have motivated violent killings and statement-making burials in the Southwest's Early Agricultural Period, and how some of the same factors may still be relevant today.

Bodies buried by family members were arranged in a flexed position on their side (left), while in atypical burials, bodies were left in more awkward positions 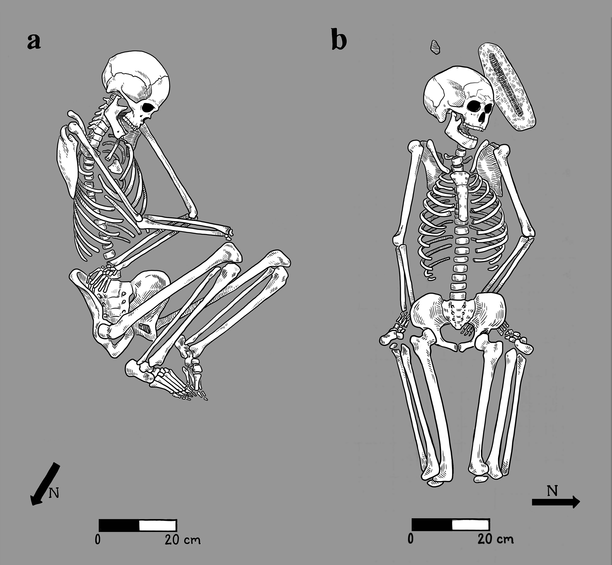 Watson's new research, which analyzed a series of atypical burial sites in the southwestern United States and northwestern Mexico between 2100 B.C. and A.D. 50, is published in the journal Current Anthropology. It was co-authored by UA anthropology doctoral student Danielle O. Phelps.

The burials Watson analyzed showed evidence of a violent end; skeletal remains often included broken bones or projectile points indicating a shooting death. Yet the position of the bodies in their graves was the most telling. Awkwardly splayed or deposited in the ground headfirst, they clearly were not given customary burial treatment, in which they would have been arranged in a flexed position on their sides. The burials also lacked other standard funerary features of the time, which would have been present had the bodies been interred by family members.

"These people were buried very differently than the rest of the community, and we're trying to understand why that is," said Watson, UA associate professor of anthropology and associate director and associate curator at the Arizona State Museum. "We're arguing that the way they were tossed into these pits is a form of continued desecration of the body. It's moving from violence on the living individual, through to the process of death, to violence on the corpse."

So-called atypical burials often are associated with victims of "bad deaths" — deaths described as unnatural, unplanned or "evil" in nature, Watson said. A common theory in the geographical area where Watson works is that the bodies belong to those accused of witchcraft. Yet, given that the corpses were not dismembered in the way suspected witches' historically were, Watson offers an alternative explanation.

In his paper, he argues that these bodies may have been the victims of blood feuds, or family feuds, during a time when the population was experiencing some serious growing pains. He further suggests that the violence of these ongoing blood feuds may have become enculturated, or ingrained, in certain communities.

"This was right when agriculture came into the area, and these were the earliest villages, so we think that some of this violence comes from growing pains, as villages are established and people are claiming territory and farming the desert river valleys," Watson said. "Social tensions develop between communities, or even within communities, and end up boiling over into violence."

"Prestige has a potential to confer biological benefits, in the sense that you can gain access to power and wealth, including wives, and have more offspring, so there is a level of biological fitness there," he said.

But why the brutal handling of bodies after death?

Watson uses evolutionary biology's "costly signaling theory" to explain what might be behind the ruthless post-mortem treatment.

Atypical burials often include broken bones and other signs of violent death. 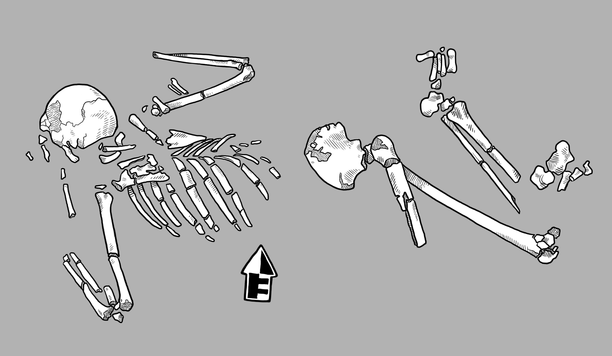 Costly signaling theory is the idea that all animals exhibit certain behaviors and physical traits that are simultaneously advantageous and risky. For example, male birds often have colorful plumage to attract females, which is biologically beneficial, as it will result in more offspring. At the same time, the bright feathers could be costly, as they also make the birds more visible to predators.

Watson suggests that violent killings followed by disrespectful burials similarly send a strong signal — one asserting power and dominance. This signal has the potential benefit of attracting prestige, and the wives and children that come with it, but it also comes with significant risk of retaliation by the victim's family.

"By creating these atypical burials — where they're basically desecrating the bodies of the people killed — they're signaling their prowess to gain status, but it's at a very significant potential cost, and that is either their life or lives in their community or family," Watson said.

While Watson's work focuses on violence that occurred 2,000 to 4,000 years in the past, he suggests costly signaling theory might also be applied in the context of modern-day violence.

"With some of the issues that we're seeing today — like increased violence and murders in a lot of cities, police shootings, retaliation upon police — a lot of kids are growing up in a culture of violence in certain communities, and they're learning different values on how to interact with their environment because of the disadvantages that they have," Watson said. "They gain status because they're good at being violent; that's how you gain respect, then along with that comes advantages — wealth, women and offspring, potentially. There is a biological imperative to signal that they are worthy of the status they're trying to earn."

Contacts and sources:
Alexis Blue
University of Arizona
on October 25, 2016