What happens to hibernating or torpid animals when a bushfire rages? Are they able to sense danger and wake up from their energy-saving sleep to move to safety? Yes, says Julia Nowack of the University of New England in Australia, lead author of a study in Springer's journal The Science of Nature about the reaction of pygmy-possums in such instances. The study is the first to investigate in detail the physical response of hibernating animals to smoke and fire.

Pygmy-possums (Cercartetus nanus) live in trees mainly along the south-east coast of Australia. These small and agile nocturnal marsupials use their tails to grasp onto branches while moving about, and are even able to climb up their own tails. 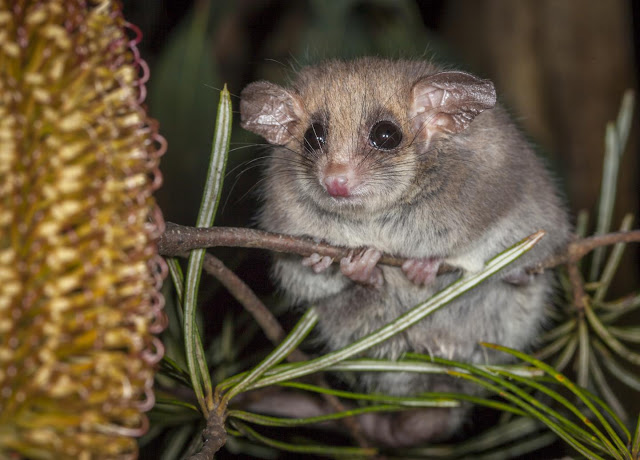 Nowack's team conducted tests under laboratory conditions on five eastern pygmy-possums while they were experiencing torpor. During this state of inactivity and metabolic rest, the animals do not need food, their body temperatures drop and they experience periods of deep dormancy that can go on for up to a month at a time. In possums, these energy-saving events are not linked to specific seasons, and can occur year-round. In nature, they stay put in a nest of bark and leaves in tree hollows, underground or in bird nests. This puts these creatures at risk of falling victim to prescribed burns during winter, but also during the summer wildfires that are increasing in frequency in Australia because of climate change.

The study is the first to show that animals are able to smell while in torpor. The results are particularly important in light of expected increases in the frequency of fires due to climate change. It also has implications concerning the implementation of prescribed burns during the colder months of the year. In many areas where bushfires occur regularly during summer, such as in Australia, prescribed burns are conducted in winter to reduce the amount of flammable plant material during the warmer months and to help maintain a healthy ecosystem.