The Sun’s impact on our planet’s climate has recently been a hotly debated topic in the context of climate change. The controversy around this issue has led scientists across Europe to dig deeper into the claim that solar activity could be a major cause of global warming.

In the 1980s, research showed that the Sun’s radiation levels varied, which naturally invited the question – does solar variability affect our climate? Despite new evidence that solar variability does have a small impact, scattered scientific studies have not helped improve how the Sun’s variations were assessed.

In 2011, European researchers set up TOSCA, a COST-funded international network aiming to offer a better understanding of the Sun’s effect on climate, against the backdrop of global warming. Over 100 specialists in solar physics, geomagnetism, climate modelling or satmospheric chemistry got together to explore this topic in a new way. 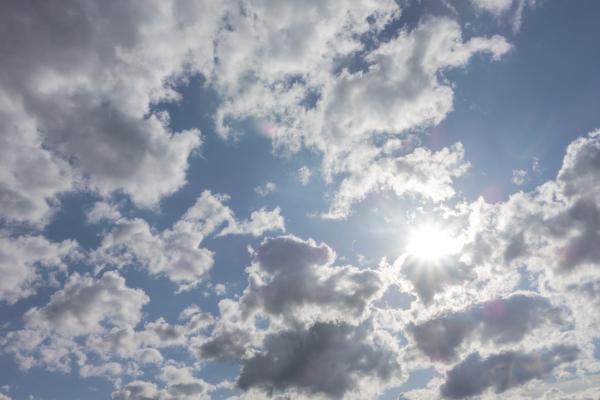 Previously, analyses of the Sun-Earth relationship has focused on measuring the Sun’s total solar irradiation, or variations in solar radiation. “It’s like measuring the wealth of a country only by looking at its GDP”, Dr Thierry Dudok de Wit (University of Orléans, France) points out. Climate studies have long been focusing on similar mechanisms individually, which is why TOSCA opted for a global approach, by bringing on board experts from different research communities.

“Our biggest achievement was changing the way we interacted, by looking at Earth-solar connections as a whole, not individually” , adds Dr Thierry Dudok de Wit, leading the Action.

The group set out to get a better idea of the physical and chemical mechanisms driving such variations , and how impactful they were. Understanding their mechanisms also helps paint a better picture of the link between solar variability and climate change.

By comparing recent measurements with results from new models, the network challenged the long-debated assumption that the Sun’s slight change in radiation could cause the Earth’s climate to change.

They found mechanisms by which solar variation can alter climate variability regionally , but none that would trigger global warming. Looking at time scales longer than a century, the impact of solar variability on climate change is evident, but the effect of greenhouse gases has been proven much more considerable in the short run.

However, there are still many questions behind the Sun-Earth connection, some of which TOSCA helped answer.

By examining the different phenomena defining the solar impact on climate in general , the team showed several subtle phenomena could have a significant impact, often locally. For instance, UV radiation amounts to a mere 7% of solar energy, but its variation produces changes in the stratosphere near the Equator, all the way to the polar regions, which govern climate. This means that winters in Europe would become wetter and milder or, on the contrary, drier and cooler, depending on the Sun’s state.

They also found that streams of electrons and protons known as the solar wind, affecting the Earth’s global electric field, lead to changes in aerosol formation, which ultimately impact rainfall. These effects, largely ignored so far, will now be incorporated into several climate models in order to build a more complete picture.

TOSCA is a European COST action linking scientists working on the influence of the Sun on the Earth’s climate. Based on present understanding, solar variability has a role in the observed climate change. This is a multidisciplinary topic of considerable scientific and societal importance. However, the mechanisms that link solar activity and climate change are not yet fully understood. TOSCA’s aim is to shed more light on the mechanisms involved.

The TOSCA handbook presents all the scientific facts behind the network’s findings. It also shows the network’s efforts to engage with a general audience by presenting the facts, which are now open to public scrutiny.

The Action was another example of young researchers’ essential contribution: “If I were to lead another COST Action, I would get even more early career researchers involved – it was bright, young minds who made the difference in our group”, Dr Dudok de Wit added.

Dr Benjamin Laken had a leading role in one of TOSCA’s training schools: “I demonstrated the use of Python for data analytics, and also guided a small team of students through an independent research project. This helped expose the students – many for the first time – to critical tools and methods relevant to their development into research. TOSCA enabled me to identify the most pressing knowledge gaps, which I could personally contribute to, and see how to effectively communicate my findings back to an interdisciplinary community. Thanks to the network, I was able to grow as a researcher at a critical time in my career.”

Dr Dudok de Wit’s team at the International Space Science Institute in Bern, and the Coupled Model Intercomparison Project, have been using the datasets identified through the network to describe the Sun’s influence on climate from 1850 up to the present day, as well as a forecast up to the year 2300. The findings will shape the next report prepared by the Intergovernmental Panel on Climate Change. The panel is tasked with providing a scientific, objective view of climate change and its socio-economic effects.

Other projects spinning off from the network, such as SOLID and VarSITI , will continue research on the Sun’s terrestrial impact, placing European experts at the forefront of climate studies research.