Every year, humans advance climate change and global warming - and quite likely our own eventual extinction - by injecting about 30 billion tonnes of carbon dioxide into the atmosphere.

A team of scientists from the University of Toronto (U of T) believes they've found a way to convert all these emissions into energy-rich fuel in a carbon-neutral cycle that uses a very abundant natural resource: silicon. Silicon, readily available in sand, is the seventh most-abundant element in the universe and the second most-abundant element in the earth's crust. 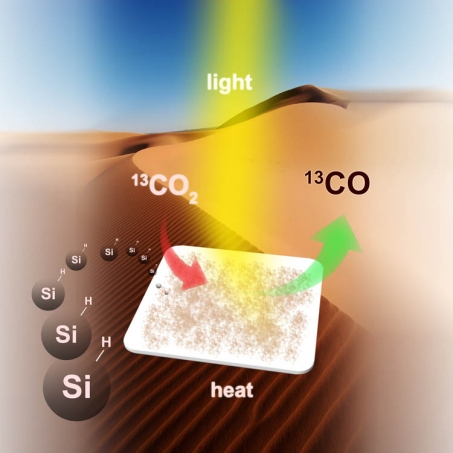 The idea of converting carbon dioxide emissions to energy isn't new: there's been a global race to discover a material that can efficiently convert sunlight, carbon dioxide and water or hydrogen to fuel for decades. However, the chemical stability of carbon dioxide has made it difficult to find a practical solution.

"A chemistry solution to climate change requires a material that is a highly active and selective catalyst to enable the conversion of carbon dioxide to fuel. It also needs to be made of elements that are low cost, non-toxic and readily available," said Geoffrey Ozin, a chemistry professor in U of T's Faculty of Arts & Science, the Canada Research Chair in Materials Chemistry and lead of U of T's Solar Fuels Research Cluster. 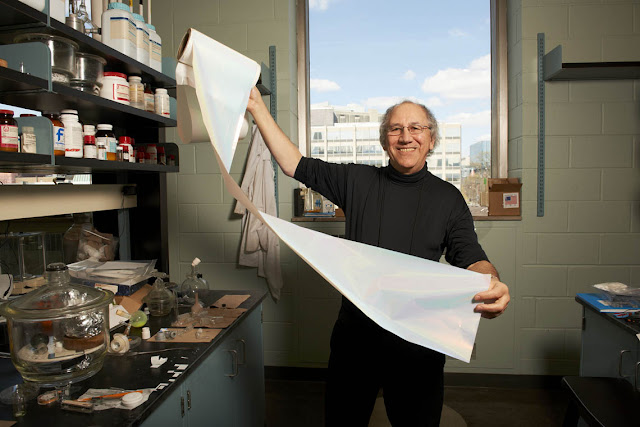 In an article in Nature Communications published August 23, Ozin and colleagues report silicon nanocrystals that meet all the criteria. The hydride-terminated silicon nanocrystals – nanostructured hydrides for short – have an average diameter of 3.5 nanometres and feature a surface area and optical absorption strength sufficient to efficiently harvest the near-infrared, visible and ultraviolet wavelengths of light from the sun together with a powerful chemical-reducing agent on the surface that efficiently and selectively converts gaseous carbon dioxide to gaseous carbon monoxide.

"Making use of the reducing power of nanostructured hydrides is a conceptually distinct and commercially interesting strategy for making fuels directly from sunlight," said Ozin.

The U of T Solar Fuels Research Cluster is working to find ways and means to increase the activity, enhance the scale, and boost the rate of production. Their goal is a laboratory demonstration unit and, if successful, a pilot solar refinery.

Contacts and sources:
Sean Bettam
By Kim Luke
University of Toronto
on August 27, 2016