Geographers at the University of Southampton have completed a large scale data and mapping project to track the flow of internal human migration in low and middle income countries.

Researchers from the WorldPop project at the University have, for the first time, mapped estimated internal migration in countries across three continents; Africa, Asia and Latin America and the Caribbean.

Professor Andy Tatem, Director of WorldPop, comments: "Understanding how people are moving around within countries is vital in combating infectious diseases like malaria. The parasite which causes the disease can be quickly reintroduced to a malaria free area by highly mobile populations. 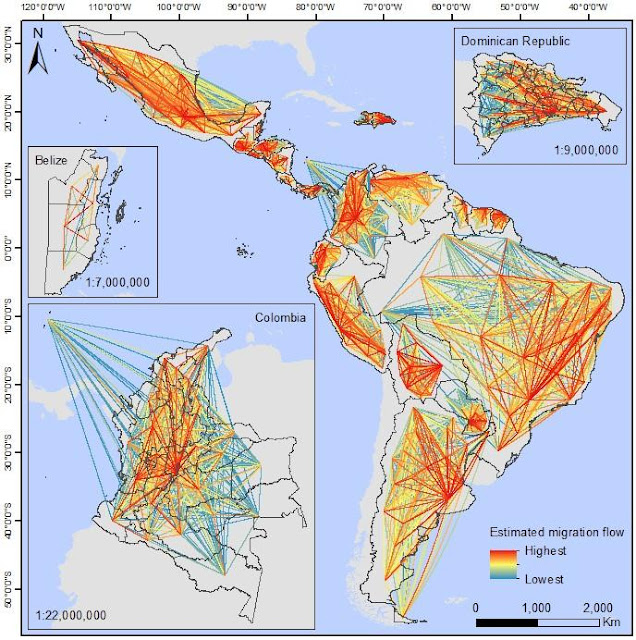 "Having an accurate overview of how different regions of countries are connected by human movement aids effective disease control planning and helps target resources, such as treated bed nets or community health workers, in the right places. Having data for all low and middle income countries across three continents will greatly aid disease control and elimination planning on global and regional scales."

Working with colleagues at the Flowminder Foundation and supported by the Bill and Melinda Gates Foundation, the researchers have used census micro-data (anonymised census information at the individual level) to model estimates of migration flows within countries and then produced a series of maps to visually represent the data. The research paper 'Mapping internal connectivity through human migration in malaria endemic countries' published inScientific Data details the methods they employed, and presents the freely available data.

Lead author Dr Alessandro Sorichetta from the University of Southampton says: "We sourced the census data from around 40 different countries and have produced detailed population migration maps on a scale not seen before. They show webs of connectivity within countries -- indicating high and low flows of people moving between different locations." 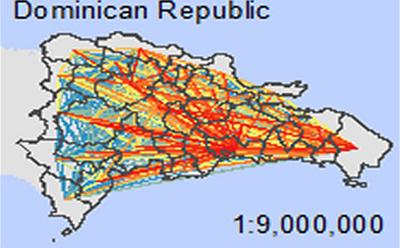 Figures from the International Organization for Migration and The World Bank show that, without accounting for seasonal and temporary migrants, more than one billion people live outside their place of origin -- 740 million as 'internal migrants'. Human mobility is expected to continue to rise, creating a range of impacts, such as invasive species, drug resistance spread and disease pandemics.

Dr Sorichetta comments: "It's crucial we understand human mobility, so we can quantify the effect it has on our societies and the environment and provide strong evidence to support the development of policies to address issues, such as public health problems."

The researchers are now integrating the migration estimates with data on malaria prevalence - helping to inform regional elimination and global eradication plans for the disease. Equally, they believe the data could be used to support regional control and elimination strategies for other infectious diseases, for example, Schistosomiasis, River Blindness, HIV, dengue and Yellow Fever. Furthermore, the datasets could help inform decisions in the fields of trade, demography, transportation and economics.

Contacts and sources:
Glenn Harris
University of Southampton
on August 24, 2016